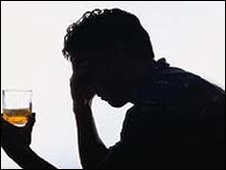 The Labour group at Holyrood were looking increasingly isolated today after the party issued a press release making clear that it will continue to focus on the caffeine content of alcoholic drinks in answer to Scotland’s chronic booze problem.

The party’s health spokesperson Jackie Baillie insisted that, contrary to evidence given to a Holyrood committee, there was “overwhelming evidence” that caffeinated alcoholic drinks can be dangerous.

The Labour group at Holyrood were looking increasingly isolated today after the party issued a press release making clear that it will continue to focus on the caffeine content of alcoholic drinks in answer to Scotland’s chronic booze problem.

The party’s health spokesperson Jackie Baillie insisted that, contrary to evidence given to a Holyrood committee, there was “overwhelming evidence” that caffeinated alcoholic drinks can be dangerous.

The Labour plans are a response to the SNP’s minimum price for alcohol that seeks to address Scotland’s chronic alcohol problem, the SNP recently set a figure of 45p per unit in a move intended to target cheap drink.  The SNP proposal has the backing of health & police professionals as well as bodies from the voluntary sector and retailers.  It also has the backing of some Labour politicians at Holyrood together with party colleagues in England and Wales.

It is estimated that there are around 40,000 alcohol related discharges from hospitals in Scotland each year.  According to the Chief Executive of the national charity Alcohol Focus Scotland, ‘the number of people in Scotland hospitalised through drink soared by 270% in only 15 years.’

Figures provided by the Scottish Government show that:

Recently the self styled ‘Alcohol Commission’, a group set up by Labour themselves to look at Scotland’s alcohol problem, endorsed the party’s caffeine proposal.  The group also proposed their own ‘minimum price’ policy based on production costs and duty levels. However Group chair Sally Brown, an ex Labour party member, was forced to concede that many of the group’s findings were based on little or no evidence.

Labour’s proposals to ban caffeinated drinks were questioned by representatives from Strathclyde Police and the Centre for the Study of Violence who said the main problem was irresponsible drinking overall and not down to specific drinks.

Chief Superintendent Bob Hamilton, of Strathclyde Police, told the committee that people who drink the high-caffeine tonic wine like Buckfast would just switch to something else.

He said: “They drink any type of drink and the issue for me is that they drink lots of it, whatever type it is and that’s the concern.”

“It’s the alcohol consumption, whatever brand of make, that gives us the greatest concern.”

Mr Hamilton argued that a more effective step to tackling alcohol related violence would be to use plastic bottles in place of glass.

Despite this, Labour in Scotland has continued to urge for a limit of 150mg of caffeine per litre in beverages such as Buckfast.  Such a move would see the product banned from the shelves.

Labour claim that drinking caffeinated alcohol is dangerous and have cited studies they say show that people who do so are more likely to be involved in traffic accidents, end up in hospital or get involved in violence.

Labour’s Jackie Baillie said: “There is overwhelming evidence that the combination of alcohol and caffeine can be dangerous, yet we have some alcoholic drinks where a single bottle contains as much caffeine as three-and-a-half cans of Red Bull. I believe that the risks involved in consuming caffeinated alcohol are so great that the Scottish Government must take action.

“The research suggests you are more likely to end up in hospital or be assaulted if you drink these products. There can be no sensible reason to sell caffeinated alcohol. Such products have already been voluntarily removed from the market in the United States and other EU countries, like Denmark, have refused to licence them.”

Experts told Holyrood’s Health Committee last week that there was no evidence to suggest the tonic wine caused or increased violence.

Deputy First Minister Nicola Sturgeon last week said that the Scottish Government will “carefully consider” any evidence backed proposals but that there was no evidence to show that Labour’s plan would protect health or prevent crime in line with European Union law.  Ms Sturgeon insisted that the problem was not caffeine content but alcohol consumption.

Labour Donor Has Case Against Him Dropped