There is now a discernable political trend of London based centre-left policy wonks and commentators attempting to demystify or understand the dynamics of Scottish politics and falling flat on their faces.

Recent examples have ranged from Matthew Taylor’s offensive ramblings comparing Scotland and Japan after the earthquake and nuclear crisis, to the more thoughtful contributions of Nick Pearce, head of IPPR, and now Sunder Katwala, head of the Fabians.  From a different direction, Neal Lawson, chair of Compass, has endlessly invoked the ideals of ‘new socialism’ and ‘new politics’, while seeming to be fixated in old-style Labourist manner with the Westminster road to reform, to the exclusion of anything else.  It seems as if the very nature of what is ‘Britain’, British politics and life beyond Westminster, is just too difficult and complex for such centre-left narratives to get any more. There is in all of this a wrestling with something huge: the British dimension.  Basically, the British political classes and their extended networks used to be one of the principal guardians and advocates for a sense of Britishness, for a great British project which was about power and status across the globe, but also linked to progress and democratic values at home.  That story of Britishness carried great resonance across the nations and regions of the UK, and it stands in ruins today.

The British political elites, from politicians to civil servants and think tanks in the London village, no longer have any emotional, gut or instinctual feel for the multi-national, hybrid, patchwork nature of the UK; that doesn’t mean automatic break-up, but it doesn’t auger well, and it does make any sense of common story or mission more unlikely.

This sense of loss, anxiety and lack of moorings can be felt all around: the successes and failures of Thatcherism and New Labour were part product, part catalyst of all this, Gordon Brown’s continual mutterings on Britishness, and David Cameron’s rather similar ventures onto this terrain.  Tories historically did Britain better for obvious reasons: the flag, Empire and all that, but they also had an implicit popular Unionism which connected the people of these isles together; Labour’s story focused more on the state and the forward march of progress, and now it has had to qualify both, while devolving power to Edinburgh, Cardiff and Belfast, it is left without a social bond or contract for the whole British project.

Sunder Katwala’s piece (1) has to be seen in this context – one which I am sure he along with Pearce would recognise, if not Matthew Taylor who as always is in a league all of his own.  One quick comment should be made about the mindset of our earnest centre-left travellers north, literally and metaphorically.  These guides do not come empty-handed; instead they come wanting to praise, advise and cajole Scottish Labour into winning and returning to normal service north of the border.

This is, of course, a partisan mindset, and while it has a logic south of the border in that Labour, thanks to the Lib Dem coalition turn, have the near-exclusive rights to the English centre-left, in Scotland this is a much fought over terrain.  Scottish centre-left politics have what looks like a mass of choice: Scottish Labour, SNP, Lib Dem, Scottish Green, and even three micro parties of the ultra and hard left.  This means that coming up from the Labour tribe to praise this supposed centre-left politics, is in effect taking sides in a political contest.  And one where some of our observers seem to be content to caricature some of the other choices, most namely the Nationalists.

Katwala’s article makes the case for a Labour-SNP coalition; this is an argument Alex Massie finds ‘splendidly creative’ and ‘untethered to reality’ (2).  Katwala does this from the viewpoint of a thoughtful Labour loyalist, if those terms can hang together, and sometimes they can.  He is rooting for a Labour victory in the forthcoming Scottish elections, anxious to see Scotland play its part in the return of a majority UK Labour Government in 2015.  He writes:

“Labour’s best option if it is the largest party could be to offer to form a coalition with the SNP.”

He concedes that ‘this seems impossible’ and acknowledges the wider problem:

“There is probably no political rivalry in British politics – some of those in Northern Ireland perhaps excepted – which contains more animosity than that between Labour and SNP.”

Katwala bases his argument on three reasons, first, the limits of minority government exposed by the SNP’s record and need for wider support given the coming age of cuts; second, if Labour make an offer to the SNP as the largest party it is win-win for the party and challenges the SNP’s status as Scotland’s party whatever it does; third, the need for coalition building on specific issues such as university funding in the era of tough choices.

This seems to be muddle-headed thinking driven by partisan considerations.  First, it isn’t automatic that Labour is going to finish ahead of the SNP – so the entire course and consequence of the election is open and up for grabs as the most recent polls have shown with the two main parties neck and neck (3).  Second, and more seriously – Katwala, like Matthew Taylor and Nick Pearce before him – assume despite everything that the real failure of Scottish politics is not to accept the basic facts of life of the post-Thatcher, post-Blairite world.  This despite British politics looking like a battlefield filled with the collateral damage of the limitations and mistakes of this era and consensus.

Katwala rightly comments that Labour and SNP animosity is fed by ‘what Freud calls the narcissism of small difference’.  Yet what he fails to mention is the mixture of symmetry and asymmetry between the two which feeds on this.  There is in both Labour and SNP traditions a deep tribalism of attempting to deny the other’s validity: of black and white thinking and denial which is damaging to the Scottish body politic.  However, there is also an asymmetry at work in that for all for the blind vitriol of the ‘cybernat’ community, the Labour party’s lack of understanding of the Nationalist perspective runs through the entire party from top to bottom and disables the party’s judgement.  The SNP’s leadership twenty years ago or more, adopted a more nuanced strategy.

Why Scotland Matters and the British Question(s)

Scottish politics, Katwala writes in a nice phrase, requires a ‘three dimensional chess game’ of Labour, Lib Dems and SNP, but I would go much further: we require a multi-dimensional power and ideas game, which challenges some of the notions of the political mainstream.  This would extend out from the old anti-Tory consensus which Katwala alludes to, into perspectives from the Tories, Greens and others.  One of the defining features of Scottish politics I have consistently argued is that the anti-Tory nature and rhetoric are consistently used to camouflage the conservative nature of much of our politics.  In this sense, Scottish politics aren’t the social democratic nirvana of its believers and detractors (4).

The future direction of Scottish politics requires that we embark on our own unique trajectory – one which challenges our own limitations and comfort zones, without going down the route of the post-Thatcherite, post-Blairites shibboleths so invitingly laid out by the Westminster classes.  It often seems as if the very existence of Scotland, a Scottish political sphere and different expression of politics and choices is an affront to many of these people.  Or that they lack the very imagination to conceive of a political dispensation different from the Westminster village.

The forthcoming Scottish Parliament elections will not in all probability touch on any of the above, particularly if the first party leader debate is anything to go by (5).  Alex Salmond may have ‘won’ the debate and Labour leader Iain Gray not changed the terms which have questioned his visibility and judgement, but more is at stake than that.  All of the four main party leaders – Annabelle Goldie for the Scots Tories and Tavish Scott for the Lib Dems – were operating from the narrative of cosy, comfortable Scotland: a land which works for the professional interests, and where all the debate is about additionality and entitlement.

Beneath the surface, big change is coming to Scotland: the culture of professional patronage and elites is slowly weakening as it is elsewhere, while this combined with the age of austerity and cuts will begin to prise open the political debate.  Then there is the explosive political timebomb of an English political space without voice or institutions which will see the fragmentation and marketisation of health, education and other public services.  There is thankfully no demand for such an approach from anyone in Scotland, apart from the odd outlier from one of the London think tanks.

This divergence between Scotland and England will lead to a kind of de facto independence north of the border, which will have consequences for us all.  This is why it is so important not just to us Scots, but people like Sunder Katwala, Nick Pearce, Neal Lawson, and even Matthew Taylor, that they understand Scotland beyond their own caricature.  For understanding Scotland is one way to begin to understand the hybrid, organic nature of the UK: its multi-national nature, the fact it is not a unitary state, and the limits and deception of parliamentary sovereignty, on which so much of the left for so long put their faith in.

This may seem a pointless exercise some of my Scottish friends will tell me, but the road and direction of what remains of the English left matter to all of us, for how England is governed and constituted, and how the nations and peoples of the UK understand each other.

The story of Britain I would argue is in tatters, retreat and decline, while the traditional story of the centre-left of these isles cannot just return to normal service and the Labour part of the great British tradition.  That’s one reason why we need to embark on attempting some serious and thought-provoking conversations, in England, Scotland, Wales and Northern Ireland, about each and about how we want to relate to each other.  We have a politics and society disfigured and turned upside down by the Thatcherite and New Labour experiments, and a widespread sense of disorientation on the part of some and denial in others.  It is not surprising that some want to seek refuge in tribalism, simplicity or merely thinking of party advantage.

The debris which litters the landscape of post-Thatcherite, post-Blairite Britain requires some revisiting of fundamentals: about the nature of Britain and the British state, about power, privilege and elites in this country, and about what it means to be progressive, centre-left or reformist.  It would be helpful if in this enterprise some parts of the London think tank world were prepared to engage constructively and openly in such an exercise.  What we have to ask would they have to lose beyond their illusions about the nature of Britain?

Published with thanks to Gerry Hassan. Read Gerry’s blog here. 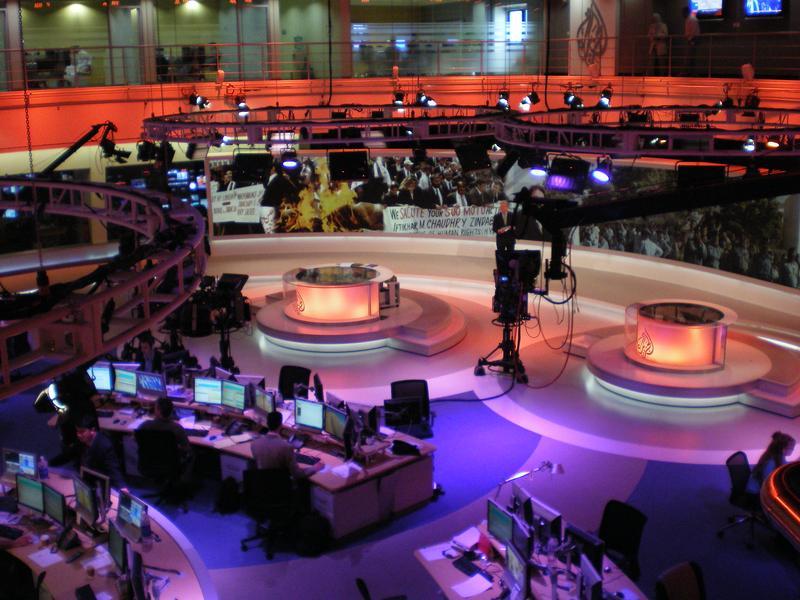 Keep calm and carry on

Literacy is fundamental, as no fule Tories no.