Because, of course, I always believe everything I read in the old media, bless ‘em, I take it the chances of the emergence of the whiskery plan for a Scottish Six is as dead as Kezia’s branch office. What appeared to be an olive branch held out in final recognition that Scotland probably did deserve to be served by its own grown-up news programme, has been snatched away in the BBC Charter renewal.

Twenty bloody years later after the establishment of our own legislature, a squeak of a win in a separation referendum, the wipe out of Scottish opposition at Westminster and a decade of nationalist self-government – and the arrogant, backward, dismissive bastards are still too scared to let journalists handle the news.

These, remember, are the libertarians who oppose the big state and detest government interference, the champions of individual rights and freedom of speech who fight political dogma. In the space of three days they have denied the people of Britain any oversight of their plan to remove us from treaties linking us to our friends in Europe and even any parliamentary say in the final deal. Now they have stamped their right-wing boot on the throat of Scots aspiring to watch news programmes shaped to their own life experience.

Some of us strive not to use liberally the language of colonialism. It is legitimate at times in order to make rhetorical points but it implies subjugation which can never be true in a democracy. But it is impossible to escape the sense of wilful containment as if tethered to a tree for the entertainment of some cruel master. What does any governing authority gain by suppressing such a small idea which is normal in every other country? A simple, do-able plan that hurts no one and costs them nothing in which some of us have invested hope for the revolutionary idea of better journalism and a better informed public…

Is there in this the twisted pleasure they seem to derive from denying access to sterling for example, or their glee at Scotland’s relative impoverishment when the oil price falls? What is wrong with these people? Just today the same Downing Street that is briefing the Scottish Six is finished has agreed a deal with a Chinese company with a history of industrial espionage. China, whose record on human rights we deplore and which has been rightly viewed as a security threat to the West for decades, now is a key part of the UK’s essential service infrastructure. We haven’t heard it yet but do you think the security services are sanguine right now?

Yet in Scotland – remember, dear Scotland – which they love so much and which should not leave but lead the UK, our longest, dearest friends in the greatest union in history, can’t be trusted to run their own television news programme. They can get Hew like every other bugger.

The answer of course lies within. The BBC should, we hear reflect the ‘national mood and national news across the UK’ says the minister while in briefings Downing Street says the Scottish Six is an entirely SNP initiative which is to be stopped. You’ll notice that the news made in London reflects ‘the nation’ – even when its about grammar schools, whereas the news where you are can only be parochial. This entirely misses the point that the Scottish version will include all international and UK news the journalists think appropriate, not exclude it. But they – and by implication, you – can’t be trusted to do that. London and Theresa know best.

Sorry but that is a fucking insult to everybody at BBC Scotland and by extension to every single Scot. (You’d get more news variety in China). The specific complaint, made by among others the BBC Audience Council is that the news failesto reflect properly peoples’ lives in Scotland. You won’t change that keeping the decision making in London.

The case against throughout the last 20 years has been that somehow the BBC news would be manipulated by Nationalists. It is the same line from Number 10 today. Yet what is this decision but direct political interference in BBC news? The hypocrisy of the Tory anti libertarians is blinding. And how exactly will the SNP run the news programme? Entryism? Brown envelopes? Clearly BBC staff are seen as corruptible as well as incompetent.

Meanwhile, if you missed it, there is now to be no automatic seat as of right for a Scottish representative on the main BBC board. They are actually reducing Scotland’s access to the big strategic decisions. There’s your respect agenda. What has Kenny McQuarrie been doing while this emasculation goes on? He and head of news Gary Smith gave a dispiritingly poor showing before MPs recently and the feeling that there is no champion of Scotland’s interests in broadcasting is now evident. Kenny was asked by the Director General to stay on until the renewal process was completed because of his experience. Well, that paid off handsomely. Can we get some guts in BBC managers any time soon or are we always to be served by puppets? 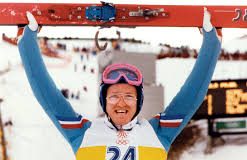 Unfolding Brexit tragedy is a new low in post-war mismanagement