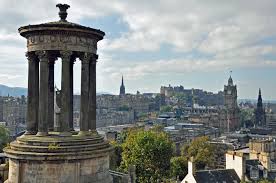 ‘Scotland, for example, has the smallest number of children living in poverty among the constituent nations of the UK, the lowest prevalence of low pay and far more young people from deprived areas going on to higher education.’ (iv)

The December 2015 report from the UK Government-funded and sponsored, Social Mobility and Child- Poverty Commission, was chaired by Blairite Labour Party grandee, Alan Milburn. When I saw his name I feared the worst but could not have been more wrong in my expectations.

The above quote is taken from ‘State of the Nation: Social Mobility and Child Poverty’. Note the correct use of the term ‘higher-education’ rather than the common distortion in recent mainstream Scottish media reporting, suggesting the opposite, by ignoring the role of colleges in providing HE programmes articulated with the universities.

The report commends the Scottish government for its efforts and compares these more than favourably with the neglect and the heartless actions of the UK government. However, that we should not gloat or that we must maintain, indeed increase, our efforts, does not mean that we should not be able to note the progress achieved so far. How else can we gauge what remains to be done? How else can we gather the strength to push on? How else can we build the strong sense of collective identity required to confidently grasp the levers of full political independence required to do so?

Reader, did you know about this report? I stumbled across it a few days ago. I remember no major coverage of the report’s contents, at the time, December 2015, which includes clear statistical differences, much of which are favourable to Scotland’s efforts to reduce poverty despite the limitations imposed by UK government’s austerity programmes. I’m not able to check back for the TV News coverage but my lack of awareness suggests there might have been not much. So, this is based on the internet-based archives for the newspapers and the TV websites.

If you search for ‘State of the Nation’: Social Mobility and Child Poverty’ narrowing the results to the last year, you will find, even after 10 screens with 60hits, mostly official links to the original report and to academic research centres. The BBC website, the FT, Huffington Post, Prospect, Guardian, Independent and Daily Mail newspapers did report it but made no mention of Scotland at all, despite their being an 18-page section just on Scotland,  thus implying the worst of the findings apply uniformly to the whole of the UK. STV went, not-so-encouragingly, with the headline: Scotland still has ‘very long way to go’ to end child poverty, (as it does). Though the article in full did cover a few of the positive aspects of the Scottish context, not everyone reads the full article. The impact of headlines can be considerable and they need to be fully-reflective of the contents if they are not to mislead.

I’m reminded, here, of the comments many made about my research revealing BBC bias in 2014 and wondering why I had not explored ‘bias by omission’. Correctly, they pointed out that the tendency to omit good news for the Yes campaign was a powerful and insidious form of bias which may have helped the No campaign. I replied that bias by omission, though clearly important, was just too difficult (impossible?) to demonstrate scientifically. A media organisation can just say that they were too busy, that they had better more ‘newsworthy’ stories or that they had simply missed that evidence. They might even suggest that they had ignored it because they doubted its reliability. This, however, was a UK government sponsored piece of research presented to Parliament so there was little excuse for its omission or simplification. So, a little late in the day, but still worth reporting and sharing across social media, here are the main findings specific to Scotland:

‘Once housing costs are taken into account, relative poverty ranges from one in five children in Scotland (21 per cent) to nearly twice this (37 per cent) in London’. (‘State of the Nation’ www.gov.uk, 2015: 113)

That twenty-one percent of Scotland’s children live in poverty is a monstrous blemish on the face of a democracy aspiring to much better. That it is higher everywhere else in the UK and nearly twice as high in our globalised golden capital does not excuse it, I know that. The current Scottish government makes nothing of such a comparison. It simply accepts that it is unacceptable and is doing what it can to remedy the situation.

Surely these would be newsworthy headlines but of course they might at the same time encourage Scots to think they are capable in some way. Further, with particular regard to ‘persistent’ as opposed to ‘temporary’ poverty, see this:

This suggests that persistent poverty in Scotland is nearer to a 1 in 10 figure. Still disgraceful, I know but worth knowing about because this is the form that really requires determined, intensive, action to change it.

With regard to employment, there was also some good news which could be used to inform further efforts and, I repeat, to strengthen our sense that we have both the collective competence and the shared values required to do so:

‘The trends in one of the key drivers of child poverty – employment – are also encouraging:

Once more, some good news we don’t hear and, usefully, some bad news about single-mothers which should inform future actions, based on evidence? Returning to higher-education, this up-to-date (December 2015) and rigorously evidenced report contradicts the MSM distortions:

I couldn’t reproduce the table but you can see it on page 175 of the report.

There is, in the report, more bad news which affects Scotland as much as in England. I don’t deny that. By all means read it. My main point is about mainstream media coverage and its tendency to undermine our confidence about independence.

Finally, the report has much to say that is positive about the plans and the actions of the current SNP government. Though chaired by a Labour Party grandee, Milburn, there is a generous and accurate recognition of the achievements of the SNP in Scotland which contrasts markedly with the bitter, twisted or at best, grudging, statements from Labour in Scotland or from our Tory Governor General, which we see faithfully reported on BBC Scotland and in most of our newspapers. Here are a few highlights from the section on education:

‘The Scottish Government has introduced a number of policy initiatives aiming to make a reality of this commitment to improve social mobility in Scotland, including:

1. Plans to increase entitlements to free, high-quality early learning and childcare provision to 30 hours per week during term-time for all three- and four-year-olds and disadvantaged two-year-olds, by 2020;

2. Placing a new statutory duty on local authorities and Scottish Government ministers to take action to narrow the socio-economic educational attainment gap and publish reports on progress through the Education (Scotland) Bill 2015. (179)

3. Developing a new National Improvement Framework for Scottish Education with a key goal of closing the attainment gap, which will introduce national standardised assessment of literacy and numeracy in P1, P4, P7 and S3 – to be implemented nationally from 2017, allowing the performance of the school system for the most disadvantaged children to be tracked and reported on annually;

4. Providing £100 million funding for the Scottish Attainment Challenge over four years, targeted at primary schools in deprived areas of Scotland and aiming to improve children’s literacy, numeracy, health and well-being;

5. Expanding entitlement to the Education Maintenance Allowance, increasing income thresholds by 20 per cent (to £24,421 for those in families with only one child and £26,884 for those with two or more children), extending eligibility to cover part-time study – meaning that 57,000 young people in Scotland (63 per cent more than in 2013–14) will be eligible for support of £30 per week to stay in education post-16 from January 2016;

6. Setting a long-term ambition to equalise the chances of university access between children in the most and least deprived areas in Scotland, and establishing the independent Commission on Widening Access to look at the evidence on widening participation, identify best practice and propose new targets, due to report in Spring 2016. (180)

If you can find any broadcast or written report, outside of independent new media sources, covering much of this, let me know and I’ll eat…………….. that potato I’ve been keeping because it looks like Brian Taylor.

‘State of the Nation’: Social Mobility and Child Poverty Commission, presented to House of Commons December 2015 at: https://www.gov.uk/government/uploads/system/uploads/attachment_data/file/485926/State_of_the_nation_2015__social_mobility_and_child_poverty_in_Great_Britain.pdf 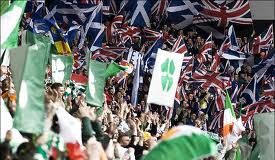