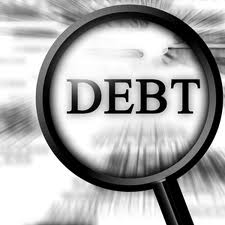 Britain is a “shameless” place where one-third of people talk casually about their debt without embarrassment according to a new survey.

The survey called ‘Shameless Britain’ was compiled by the financial comparison website uSwitch.com (1) also contains an alarming finding that 18 per cent of respondents find no shame at all in bankruptcy. With official figures due out regarding insolvencies the survey is another worrying indicator of the direction in which Britain is going.

There are question marks over many economic indicators such as GDP which is skewed by quantative easing (money printing) by the Bank of England and money borrowing by the government. The extra money finds its way into the system and then seems like GDP but is in actual fact debt. Figures such as rates of insolvency then help to give a clearer picture of Britain’s true economic condition.

Ann Robinson, Director of Consumer Policy at uSwitch.com, says: “Some may see it as a sign of shamelessness, but for many Brits it’s a case of desperate times calling for desperate measures.”

In the last quarter to June this year there were 35,000 insolvencies in the UK. The coalition government’s austerity strategy is bound to increase these numbers dramatically as they cut just under 500,000 public sector workers, £7 billion in benefits and one-fifth from all government departments. The impact of austerity will cause an increase in unemployment claims as public jobs go and employment in the private sector as well owing to the consequent drop in high street spending.

In Scotland, where there the national accounts show a surplus, there are growing calls for economic independence to shelter the Scottish economy from volatility and uncertainty caused by an austerity programme aimed at fixing a problem it doesn’t have.

With the Holyrood elections looming the Labour Party in Scotland will be aiming to deflect attention away from the causes of Britain’s economic crisis. Polls show most people blame their last government for the parlous state of Britain’s finances. With the economic problems deepening, the SNP will ask the Scottish electorate not to trust Labour to solve a crisis that Labour themselves caused.

Another ‘Shameless Britain’ figure which will cause alarm is that a full 38 per cent of Britons say that there is no shame using a pawn brokers. Unless policy makers start to come up with real solutions to the crisis they may be living on borrowed time.