By Danny Schechter in the USA

Author of The Crime Of Our Time

MALL FEVER: WILL CHRISTMAS SHOPPING REVIVE THE ECONOMY THIS YEAR AS IT HASN’T IN YEARS PAST?

Funny how, back in 1929, we had a black Thursday and then a Black Friday as the market crashed, plunging the country into a depression. Now we have every retailer, in every mall in America, on their knees praying for a prosperous but redefined “Black Friday,” better known as the day after Thanksgiving,

If you’ve read this argument before, it’s because I have been making it since 2007, year in and year out. That’s on account of a structural reality: our economy is driven more by consumption than production, and most consuming takes place during the holidays.

So once again we are being asked to join a global ritual even when we are broke.

Get in gear people, and get your wallets back to the mall: do your duty for Santa and Wall Street. It will be difficult for the economic recovery to make much headway without a pick-up in consumer spending as it accounts for two-thirds of the economy. 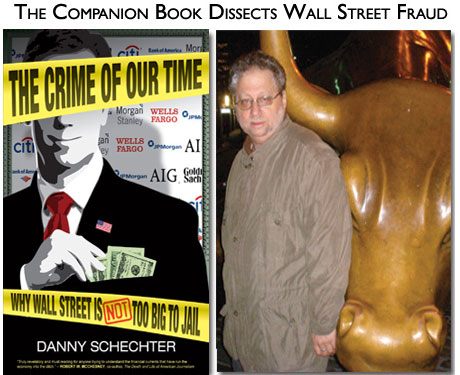 Here’s the scenario as this Thanksgiving rolls around. Once again the economy is in deep doo-doo with unemployment high, millions on food stamps, and millions more facing foreclosures. The big banks seem to have “recovered;” most Americans haven’t.

Nevertheless, Christmas is for the shopping, a time to feign merriment through gift gifting, to spend what you don’t have. And the process will be “stimulated” and we will be guilted and mesmerized in our own homes by a non-stop electronic sellathon as TV advertising goes into hyperspeed.

Local TV channels will soon start hyping the “action” at the local malls announcing plans to “go live” without mentioning that they are doing it to attract more advertising, or as part of deals they already have with sponsors to add news time to ad time.

If the past is any guide, we will be told how packed the mall parking lots are—and they will, thanks to the hype, probably be packed. Part of the reason is the deep discounting and special sales –what are called “loss leaders” to get customers into the store even if you have to bribe them to come. All night sales are the latest marketing shtick.

What happened last year was that most consumers only bought the sales items and left most of the other goods untouched. No wonder, a number of malls are now in foreclosure.

At the same time, all we hear publicly from business is optimism, including the use of the term “surge” that has been used so deceptively in Iraq and Afghanistan.

Example, this news boilerplate: “Some e-retailers expect a strong surge in Thanksgiving weekend sales”
“Having already unleashed a flurry of deals, discounts and other incentives, web retailers are looking for strong sales the day after Thanksgiving, one of the busiest online shopping days of the year. And unlike last year, when the tough economy reined in spending, many retailers believe this Friday after Thanksgiving, often referred to as Black Friday, will deliver significantly higher web sales.”

Higher, that is, until the credit card bills come and the returns start when folks realize they can’t afford what they bought. Almost every year, before Christmas, the credit card companies report “historic” sales and later revise their assessments as “disappointing” or didn’t “didn’t live up to expectations.”

But consumption requires people with money to spend or with credit cards that are not tapped out. This is no longer a sure thing especially as unemployment benefits run out and discretionary income freezes.

Quiet as its kept, banks are in many cases as stressed out as their customers. And at long last, some are being probed for criminal conduct. Reuters reports: “The Federal Deposit Insurance Corp (FDIC) is conducting about 50 criminal investigations at U.S. banks that have failed since the start of the financial crisis, the Wall Street Journal said.

The FDIC, which is responsible for dealing with bank failures, is probing former executives, directors and employees at failed U.S. banks and is taking efforts to punish alleged recklessness, fraud and other criminal behavior, the Journal said.”

This is just the tip of the iceberg. Paul Farrell offers 15 reasons on Marketwatch about how the people behind the economic collapse continue to get away with it.

Today, all of Wall Street is dual diagnosed: They’re morally blind money addicts who believe they’re “God’s chosen.” AA would say: They haven’t “bottomed,” won’t recover from their disease till a disaster hits, with another market meltdown and the “Great Depression 2.” Then maybe they’ll “quit playing God.”

He goes on with an indictment that clearly suggests nothing has really changed when it comes to the folks who are making money and sucking in bonuses when others aren’t.

(This is the reason I an others have launched a “Jailout campaign” with a national petition calling for more prosecutions and incarcerations of wrong doers. See newsdissector.com/blog.)

So we go back to square one: A distorted and troubled economy. A population addicted to buying things. A manipulated media. And, many signs of deeper trouble ahead, as wars are escalated and extended while the Congress is paralyzed along parochial and partisan lines.

The resurgent Republicans will not be ringing jingle bells but playing Scrooge. Many consumers will not be able to shop until they drop this year because they have already dropped to new lows.

Unfortunately, a feast followed by days at the mall will not change any of this, and remember, if you will, the price our first Americans paid so that we could stuff ourselves on the road to national obesity.

*Editorial View: Danny Schector’s movie The Crime of Our Time is the thinking citizen’s Michael Moore. He studied at the London School of Economics and marched in Edinburgh at the G8 summit. Unlike Moore’s movie Capitalism: A Love Story which cost a million dollars to produce Crime of Our Time cost only $20,000 and another key difference – It is Danny who stumped up his own cash. Danny informs me that he believes the situation in terms of civil rights in the UK is “fxxxxxx awful” I urge everyone to buy something worthwhile this Christmas – Danny’s DVD. Below is an excerpt for your pleasure:

News Dissector Danny Schechter blogs for Mediachannel.org. His new book (and film) on the Crime Of Our Time treats the ongoing financial crisis as a crime story. (Plunderthecrimeofourtime.com) Comments to dissector@mediachannel.org