Kenny MacAskill will issue a last minute appeal to the Chancellor to deliver a fair fuel package.

Visiting haulier David W Burns at his yard in Bonnyrigg MacAskill, the candidate for Edinburgh East in the election, will advance the case that the UK government should scrap its planned fuel duty increase and instead implement a fuel duty regulator.

Osborne: friend of the well off and maker of ‘secret’ millionaires 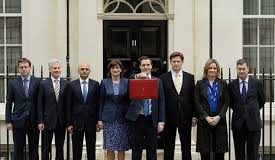 Osborne: friend of the well off and maker of ‘secret’ millionaires