A recent spate of accidents and safety scares involving the UK’s nuclear submarines has drawn attention to the neglect as an election issue of the dangers of Scotland’s role as the main base for the UK’s nuclear fleet.

Last week, the release under Freedom of Information rules of a previously classified report by the Ministry of Defence’s senior safety adviser revealed that the nuclear coolant system in the Royal Navy’s new £10bn Astute class of submarines failed to meet modern safety requirements, creating a risk of a serious failure with substantial loss of life.  Nuclear safety experts have claimed that the defect is the same as in the failed nuclear plant at Fukushima.

The revelations add to a catalogue of high risk incidents on the UK’s nuclear submarine fleet.  They include most recently the onboard shooting to death of a senior officer of HMS Astute by a crew member while the submarine was berthed at Southampton earlier this month.  Astute’s home base is Faslane in the Holy Loch.

In October 2010 Astute ran aground on trials near the Isle of Skye leading to damage to its navigation fins.

At the end of March a nuclear powered Trident missile submarine, HMS Vengeance, also Faslane based, suffered an accident at sea and was forced to break security by returning to Faslane on the surface.

In 2009 in potentially the most serious incident of all, Trident missile equipped HMS Vanguard, again based at Faslane,  collided with a French nuclear submarine in the North Atlantic.

Last December the Ministry of Defence admitted that there had been sixteen crashes involving British powered nuclear submarines since 1988, nine of them in Scottish waters.

The rate of Scottish incidents is likely to increase as the Labour Government’s 2009 decision to base all the UK’s nuclear submarines in Scotland is implemented in the next six years.  This brings the total of nuclear submarines moving in and out of Faslane to eleven from the current seven, including the four Trident missile carrying vessels.  The decision was hailed by local Labour MSP Jackie Baillie as the “Union dividend in action”.

Safety procedures at Faslane have themselves been the targets of repeated criticisms both by Ministry of Defence safety experts and independent experts, such as nuclear safety consultant John Large and environmental journalist Rob Edwards as well as the Scottish Campaign for Nuclear Disarmament.  Faslane’s giant shiplift facility, used on occasion to raise fully armed submarines out of the water, has been a focus of concern.  SEPA, the Scottish Environment Protection Agency, has also been a persistent critic of the base’s environmental record though under the devolution settlement it has no power to take action.

As Faslane is just twenty five miles from Glasgow and half of Scotland’s population lives within a fifty mile radius a serious accident or incident such as a terrorist attack could have devastating consequences for Scotland.

In the 2007 election the dangers presented by Faslane’s nuclear role played a prominent part in the campaign leading to the  SNP Government setting up a Working Group on Scotland Without Nuclear Weapons.  While the report largely confirmed the inability of Scottish authorities to take action, the Scottish Government in its response undertook to request the Ministry of Defence to inform Scottish local authorities when nuclear warheads were transported through their areas, to seek the removal of the defence related exemptions in the radioactive Substances Act 1993 and to call for the Health and Safety Executive to be given responsibility for regulating defence establishments in Scotland.

In light of the accumulating evidence of the dangers for Scotland of Faslane’s nuclear role it is surprising that while the manifestos of the SNP and the Scottish Greens, the two parties opposed to nuclear weapons, reaffirm their opposition neither makes any reference to the outcomes of the Working Group on Scotland Without Nuclear Weapons nor commits to any specific actions by the next Scottish Government to reduce Scotland’s nuclear jeopardy. 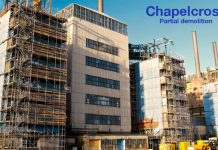