The SNP has increased its tally of local councillors after the result of Scotland’s last local authority ward was announced.

The party added another 1 to its total of 424 councillors when Mike Breslin was elected in Argyll and Bute’s Dunoon ward.

The election of another SNP councillor stretches their lead over Labour, the nationalists final total of 425 is now 31 more than Labour’s 394 total.  Mr Breslin also increased the SNP vote share in the ward by 4.4%.

The Dunoon vote had been delayed following the death of SNP candidate Alister MacAlister.  The turnout was impressive, with 41.41% of the electorate opting to vote.

The SNP now has 13 councillors in Argyll and Bute, while the authority has 15 independents, four Conservatives and four Liberal Democrats – there is no Labour representation.

“I’m delighted that Dunoon has voted and elected Michael Breslin, another SNP councillor who will serve on the SNP led Argyll and Bute administration.

“Overall the council elections have delivered a triple success for the SNP – more votes, more councillors, and more gains than any other party, which means that with over half-a-million votes we are in an even stronger position to represent and deliver for local people and communities as Scotland’s national party.

“There can be no doubt about who the winner was in this election – the SNP have now won four out of the last five national elections in Scotland – and we also beat Labour in terms of the increase in votes and increase in number of councillors.

“For a party to achieve this five years into government is truly remarkable, and stands in stark contrast to the hammering that the coalition parties suffered north and south of the border – only two years into their administration.

“The Lib Dems performed disastrously – but so too did the Tories, whose vote fell back in Scotland even from their low water mark of 2007.”

In Aberdeen the local Labour party has insisted it plans to scrap the Union Terrace Gardens redevelopment project.

The controversial decision follows a local referendum in which voters narrowly backed the plans.  Over 86,000 local people voted in the ballot and those in favour outnumbered those against by 45,301 to 41,175.

The Labour group, who have formed an alliance with the Tory group and Independents, defended the decision by claiming they are implementing a local election manifesto commitment.  However there are concerns that the decision has been driven by the Scottish Labour party leadership.

In the lead up to the election Newsnet Scotland revealed a leaked email in which the local Labour MSP, Lewis Macdonald, was criticised by the deputy leader of the local Labour group for announcing plans to scrap the development without any apparent consultation.

In the email Councillor Gordon Graham said he was “extremely concerned it appears as if someone has sanctioned Lewis to speak on our behalf” and insisted he would “refute” Mr MacDonald’s comments, as “no decision has been made by the Labour Group”. 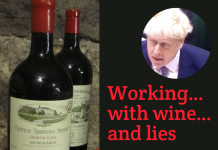 SNP triumphs in Donside as Labour comeback fails to materialise

A provoked response to Ian Davidson’s remarks about the Referendum