As the SNP spring conference opens in Aberdeen, having taken on the Brexit-bound UK government, Derek Bateman examines the position of the once-dominant Labour Party as it struggles to cope with with Scotland’s constitutional politics.

Something strange has been going on beneath the swirling seas of the constitutional stand-off. Yes, of course the sole elected Tory MP looked ridiculous telling the mass-elected SNP majority they couldn’t even get a vote on the biggest issue of the UK’s recent history. (There’s only been one Tory MP, or as in 1997, no Tory MP, from Scotland for 20 years.)

No it was the vehemence of some Labour people that was striking. London dictating to Scotland was bound to offend many beyond the YES community and so it proved with even Unionist voices raised in doubt and protest.

But when I tweeted that May’s intervention meant that effectively all those voting against a referendum at Holyrood next week will be supporting the Tory government’s position, the Labour dinosaurs began roaring in denial. How Tom Harris objected to being lumped in with the Tories. Even moribund lord and failed socialist George Foulkes murmured in protest. Labour would vote on its own motion, he said. And of course that’s probably right – there will be a Labour formulation although ultimately it will come down to a Yes or No to an SNP-Green motion.

The point is that, by moving ahead of the vote, May has taken the lead for them all. She has laid out the ground which is no vote before Brexit. That’s what they will be voting on and any opposition will be in support of the Tory position. Her stance is de facto the counter to the SNP, begging the question in the chamber: Whose side are you on?

It gets worse. As far as I recall, Kezia’s last known position (and this is liable to change) was simply no referendum. She has occasionally qualified it with ‘not within five years’ but broadly she has stuck to a direct No. There should be no referendum. Yet yesterday  after May’s declaration, Kezia tweeted…’there should not be another referendum until after Brexit at the earliest.’ In pinning down a timetable this way, she has explicitly followed the Tory Prime Minister’s formulation. Kezia has in effect taken her lead from May who has said the same thing and tailored her own policy accordingly. She is mimicking the Tory government and next Wednesday will vote along with the Tories in support of their rejection and timetable.

No wonder the Labour rump is on the defensive. As a political gambit, this is catastrophic. Having been cast as Tory surrogates in 2014, here they are again, learning nothing and bowing down to Tory diktat.

Is it going too far for Labour to say they both don’t want a referendum and don’t think a London government should block one? Seems logical to me both to discourage another vote and simultaneously stand up for Scotland’s right to call one if the votes are there. That is democratic. Siding with Westminster against the expressed will of Scotland in parliament is suicidal and is the key reason Labour lost the election in 2007 when Scots were sickened with McConnell and his crew kowtowing to London HQ and being told off by Blair’s  ministers. Maybe Kezia missed that period when she was applying for work with the SNP then getting schooled in politics by Foulkes.

Labour tweeters tried to draw a comparison between them backing a Tory position and the SNP getting Tory backing in government after 2007. That’s true – although it was occasional support – but if they can’t see the difference between winning votes to get through domestic legislation and standing up for Scotland against a Tory government on a critical question, they need to examine what they think politics is for.

There is in this the seeds of discontent. These moments are when politicians are tested. Times like this demand to know what you’re in politics for. The dizzying truth is that Labour no longer does know the answer, either in Scotland or the UK. They’ve surrendered Scotland to the SNP and the UK to the Tories through arrogance and ineptitude. I guess the agony of the dinosaurs like Harris and Foulkes is that they know it too. Hence the dying bellows from the Land That Time Forgot. 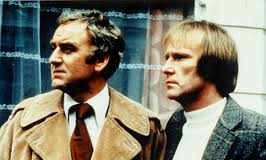 Dodgy geezers working to milk the rest of us for money

EVEL: Is SNP dismay at Tory manoeuvring really genuine ? Should...

Let’s get back to basics on Scottish independence and Europe