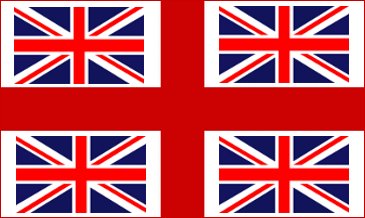 Derek Bateman reflects on the launch of the UK election campaign

Is it the start of the general election campaign or is it Strictly Come Voting? The naked populism and petty competitiveness, allied to nonsensical behaviour by the participants made me think they should be wearing spangled outfits and doubtful tans to go with their fake smiles and earnest demeanour. 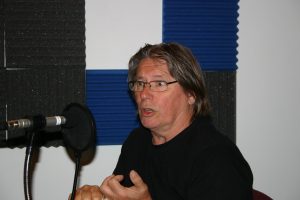 Interesting too that, as soon as the real election starts – not the toytown one in Scotland – everything reverts to default position, Labour v Tory and Cameron v Miliband. The issue of giving real powers to the citizens (alright, subjects) of Britain is quickly forgotten along with what is the clear expression of contempt for a dying governmental system, as voters reach for anti-Westminster repellent labelled SNP or UKIP.

SNP voters are not all mad Nats (like me) but many are scunnered at the UK’s colonial old boys club system just as UKIP supporters aren’t all obsessed with immigration but use it as a touchstone for how out of touch the ruling elite is.

So the predictable ding-dong begins with Labour showing yet again how they have mislaid their mojo since Blair, the elegant mover, pirouetted and dodged his way to victory.

Instead of commanding their own chosen ground of largesse for all, not the few at the top (like Miliband), and saving the NHS, they were too easily wrong-footed into contesting the Tory Home Ground of economic competence. Osborne and the smarter Tory machine blew them away on the crucial public perception question and even used the Treasury and its permanent Secretary Sir Nicholas Macpherson to glower over their figures and disparage. The irony here is that Labour loved it when the same Macpherson broke Civil Service neutrality by joining the Unionist threat to withdraw Bank of England currency arrangements from an independent Scotland. Now he’s sticking it to Labour. How excruciating is the dagger point of irony.

Poor Labour, left insisting that they really are determined to be as tough as the Tories on public spending and Ed Balls, arguably as potent a vote-loser as Miliband, saying they would indeed keep public sector wages down. This is exactly what their natural voters don’t want to hear. Despite themselves, and the evidence, Labour folk are determined to think the best and believe that, in power, Miliband and Balls will quietly get on with putting more money in their pay packet. To hear directly from the leadership that this is not true – because they need to win over right-wing voters in the south-east, principally – turns them instead to the alternatives.

In England there is virtually nowhere else for them to go except…UKIP. The Labour organisation, the Fabians,  did some research last year after the Euro elections and concluded, according to the Independent, that ‘Labour’s view that Ukip was a Tory problem has been blasted by last month’s (May) Euro and council elections, and that it is hurting Labour and the Tories almost equally. Although the Fabians believe Mr Miliband can still win next year’s election, they warn that he will do so only by winning back the blue-collar workers.’

It isn’t just economic policy that hurts Labour in this context, it’s the perception of the leader as exactly the kind of privileged, non-working class intellectual who got Britain into this mess and not a credible, no-nonsense leader with a clear plan tucked in his boilersuit bib.

In Scotland, this dance of death with the Tories on austerity plays straight into SNP hands. They are the natural receptacle for votes of the discontent offering both a serious government at home and a genuine challenge to London authority down there.

Which brings us to Labour’s strategy in what I used to call in BBC scripts the ‘Labour stronghold’ of Scotland.

My impression is that, for the best of reasons, Jim Murphy is misunderstanding the entire Yes movement. His dog whistle response to patriotism (a rarely-used term, even by me), footy fans, booze at matches, singing sectarian anthems and a naked anti-English jibe of using their mansion tax to pay for Scottish nurses, reads like a Brian Wilson tract. Or John McTernan, his sometime ‘adviser’. It is simplistic, shallow, self-serving and fails to ascribe to the Yes movement any intellectual or humanitarian quality which was, in fact, its main engine.

The childish so-called commitment to add 1000 nurses to any SNP number is another example of Jackanory politics. The equation appears to be: Nurses = Angels; Ergo trump SNP x 10.

Next it will be: ‘My manifesto’s bigger than your manifesto…’

To be fair, Murphy knows the Scots generally won’t fall for this confetti shower but he does think there is a constituency of Labour people soft enough to fall for it, the same Labour group that has always been taken in by election-time prompts that evaporate as soon as they come into contact with the cold, hard face of a Labour government. Hence the 200,000 and the unsubtle wooing of the defectors who hold the future of Scottish Labour in their hands.

Equating the mansion tax, which disproportionately hits London, with Scottish nurses looks administratively daft, since one does not directly impact on the other. If they did, Labour’s argument that the SNP was lying about the privatisation threat to the Scottish NHS would disintegrate.

But Murphy seems to imagine that the Yes movement (and therefore voters) would exult in the idea of Londoners paying for our services. That is exactly what I want to avoid. I want independence so we can raise all our own taxes and keep them, instead of watching them featherbed the British capital. That’s a different argument from taking money from them for our own use. If we can’t be independent, then I want economic policies that don’t concentrate resources in one place and benefit one area. But I do not want a war with the people of London, many of whom live miserable lives starved of investment. Murphy is applying Labour cynicism for short-term gain and misreads what has changed in Scotland.

Although his deputy is on the right track: Kezia Dugdale said she would work with the SNP in Scotland’s interest and of course she’s exactly right to do so – unless she is also concerned about what this says about a Labour Party needing help from the SNP to stay in power. She may mean it in a Holyrood context, but this is a British election and if Labour Yes voters get the message that an SNP vote isn’t really a vote against Labour, the entire UK party line, led by Margaret Curran, collapses. Instead of Vote SNP, get the Tories, it becomes Vote SNP and support Labour. Honest or naïve? I’ll settle for both. 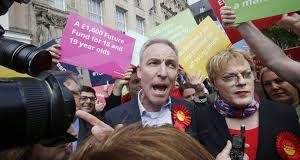