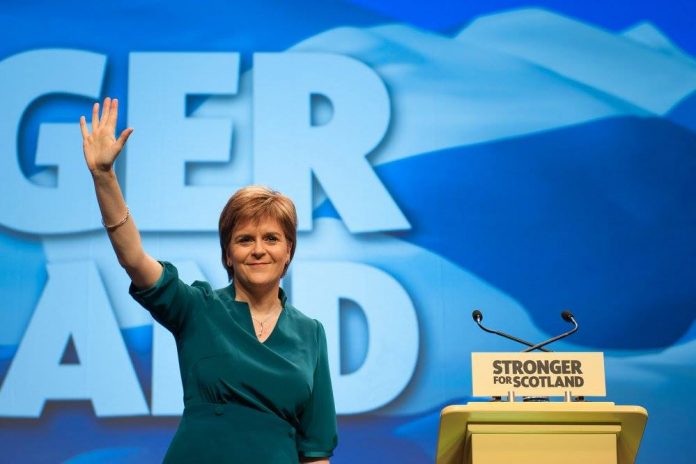 Personally I’m delighted the SNP’s forward march continues with another ground-breaking result. Let’s not forget, they are defying all political science here in surging ahead after nearly a decade in power.

They are contradicting the electoral cycle that decrees the wheel spins and someone else replaces you once they see you operate in government. They are defying a voting system and the efforts of all opposition to come near unseating them. They break the record in becoming the first party to win three elections at Holyrood. The constituency vote was the biggest ever. Sturgeon has her mandate.

I have to ask though: where are all the genius forecasters who boldly told us an overall majority was guaranteed? People on my timeline said they’d have a majority on the constituency vote alone. Where are they all today?

As I said before voting, never rely on the polls to be precise – in this case, yet again, they were plain wrong – and be careful who you listen to. Siren voices saying not to vote SNP twice because a majority was certain were luring us on to the rocks. The most that could be said was that it was all but impossible to see anyone other than the SNP being the biggest party. Everything else is changeable. And so it proved.

There were hints of the long-awaited Tory surge but nothing definitive. Like in the indyref, the middle classes just shut up, plot in silence and decapitate adroitly. Here there was undoubtedly a Tory swing regardless but clearly in places like Edinburgh Central, North East Fife and Eastwood the combination of Labour collapse and anti-independence votes coalescing around the best placed to beat the SNP resulted in unexpected scalps.

We saw in the Euro elections when Coburn was elected for UKIP what happens when the vote weakens and leaks away. Here it was again. The pleas for SNP voters to give their second vote to Rise look funny if it wasn’t so tragic. In the Highlands they were behind the Christian Party.

The system is fickle and it’s true that mounting up extra SNP votes in an area like Glasgow where all the constituency seats were won means no list additions. But to do otherwise is to assume all eight seats would go to the SNP. Nobody could know that. Look at the loss of two seats in such as Edinburgh or North East Fife – none of them forecast. That’s why I bridled to hear Patrick Harvie describe 100,000 SNP list votes in Glasgow as wasted. Just because they didn’t go to his party doesn’t mean they’re wasted. People voted for their party of choice and the system denied them top-up members. But, as I’ve argued, the case for reforming the voting method is looking urgent.

So where are we now? Minority administration need not be a bad thing as was shown in 2007 but I fear the hubris of the Greens – as exemplified by new MSP Ross Greer on radio – may be indicative. He sounded a little triumphalist as though he would be making demands with this new-found power and there would be a Green agenda. He was, to be fair, non-committal but was not dismissing the idea of a demand for a total ban on fracking in return for support. Somewhat premature you might think? The alternative scenario is that the SNP will find the Tories in agreement with them on a range of issues including the budget as they did during the first SNP government. Indeed, the shock to Labour may mean an end to their knee-jerk opposition for the sake of it and a readiness to work with Sturgeon – after all they won’t be the big opposition this time and have to carve out a new position. There will in addition be no need for agreement on a referendum since, barring cataclysmic events, there won’t be one. So perhaps the Greens should cool their jets (do they have jets?) before declaring a Yes majority.

The bigger story really has to be Labour and what’s left of it. This is subterranean decline for a party that declared it was changing only a year ago. The Iain Gray line that this is a long-term strategy not a one-election plan falls flat when there is no advance to report. Labour have actually got worse and still have to plan to address the abiding question. McLeish is right – they need a narrative to deal with independence. Simply calling it an argument about the past is just denial and deflection. I know changing leader again looks useless but I argued before Lamont was made leader that they need to have a national debate with the membership before they elect someone to lead. What do they want? What do they think? Who are they? Get out into the country and find it, don’t just ask for votes at conference.

It surely is also the case that no Labour leader can survive losing to the Tories. It makes the party a laughing stock and the leader a lame duck open to daily ridicule. There will be no return to policy projection until the constitutional question is answered and nothing at all can happen while the leader herself has failed the most basic of tests. It’s goodbye, Kezia or goodbye credibility (or what’s left). And remember – no UKIP.

Well done, everybody. We Won. Again.

Podcast: Our media and the shifting sands of foreign affairs