The Scottish role in UK Brexit negotiations with the European Union looks likely to be enhanced, but details remain sketchy following an initial meeting between First Minister Nicola Sturgeon and the new British Prime Minister, Theresa May.

Mrs May visited Edinburgh earlier today as her first official engagement since taking over at Downing Street this week, presumably to emphasise the important of Scotland to the UK following the bitterly divisive EU referendum campaign last month.

The two leaders issued positive statements after the hour long meeting at Bute House, although there was nothing conclusive reached. By their own accounts, Ms Sturgeon emphasised her responsibility to get the best possible deal for Scotland, reflecting its clear majority vote for remaining within the EU, while Mrs May acknowledged the importance of Scottish input whilst maintaining that the all-British Brexit vote must include Scotland.

Ms Sturgeon has kept the possibility of a second referendum on Scottish independence in abeyance since the EU vote, signalling that Brexit makes one more likely. Mrs May responded today: “As far as I’m concerned, the Scottish people had their vote – they voted in 2014 – and a very clear message came through.

“I’m very clear that the government I lead will be for all parts of the United Kingdom and for all people.”

That said, Mrs May did signal a preparedness to listen to the Scottish case, adding:

“I’m willing to listen to options and I’ve been very clear with the First Minister today that I want the Scottish Government to be fully engaged in our discussion. I won’t be triggering Article 50 until I think that we have a UK approach and objectives for negotiations – I think it is important that we establish that before we trigger Article 50.”

This indication that the Scottish position would be considered before triggering the means of formally existing the EU suggests that there will be scope for concession to the Scottish case. However it is not known  what exactly Ms Sturgeon will press for at this stage. The Westminster situation is so fluid – involving a new Prime Minister and Cabinet – that the likely way forward may take some time to develop.

“I have been very clear that we have to make sure that Scotland’s interests are protected and I want to examine every option of doing that.

“It would be inconceivable for any prime minister to seek to stand in the way of a referendum if that is what the Scottish Parliament voted for, and we have heard from other Conservative politicians in the past few weeks that that would be the wrong thing to do as well.”

Although the relationship between Ms Sturgeon and Mrs May will be important to the next stages of the Brexit crisis, the fact remains that both governments are at odds. Scottish Secretary David Mundell – who retained his job in the May Cabinet no doubt partly because he is the only Tory MP in Scotland and therefore the sole candidate – reiterated the Tory opposition to a second referendum earlier today.

In response, Scottish Minister for Finance and the Constitution, Derek McKay MSP, said: “We have been put in a position where our vital interests – businesses, jobs, universities, freedom to travel, workers’ rights and much else besides – are all at risk. It is a Conservative Government which has put us into this position, so the onus is now on them to prove that our interests can be protected within UK – because the fact is that the EU referendum has placed a very big question mark over that.

“Warm words about a ‘special Union’ are simply not enough – a Union that ignores our wishes and drags us out of EU against our democratic will would not be very special.”

“Scottish Labour has fully supported Nicola Sturgeon to get the best deal for Scotland. We welcome this meeting between the Prime Minister and the First Minister and the commitment from both of them to explore all options available.

“Theresa May and Nicola Sturgeon cannot ignore the results of both of Scotland’s referendums. People voted overwhelmingly for Scotland to stay inside the EU and the UK. Respecting the democratic will of people across Scotland and finding a solution that delivers on both results should be their first priority.

“The Prime Minister has said that she will not trigger Article 50 until there is a UK approach for the negotiations. This should be a cross UK and cross Government approach that involves the leaders of all of the UK’s devolved Governments.”

Enemies of the people hover at the gateway to the promised... 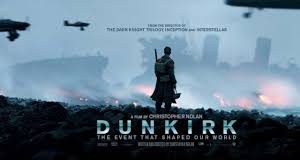 To look beyond Brexit, we have to liberate Scotland’s creativity