Derek Bateman follows up on the controversy over his criticism of the plan to launch a billboard advertising campaign against the BBC and intended to support a second independence referendum campaign.

As I was saying before I was so rudely interrupted – this will send some into apoplexy. To all Nationalists I say, Come down off the ceiling. I’m not giving the BBC five stars for accuracy and I specifically don’t endorse all content. The clues are there in the text when I say I hear material that makes my hair stand on end and I state that continuing scrutiny is appropriate for an organisation we can’t avoid.

I appreciate all the responding contributions and I respect strongly-held views that I know are shared way beyond any caricature of cybernats. Thanks for putting them down in print, although casting me as an apologist for the Beeb is a little off the mark since I have burned all bridges with them because of public attacks made on management and occasionally presenters. Indeed I left their employment in order to make my voice heard on independence which included detailed and coruscating analysis of their efforts – much to their discomfort. I have not been forgiven.

However, the point wasn’t so much to raise the chestnut of bias so much as to think how we might do Indyref Part Two differently. There are areas we need to finesse and some we might want to jettison. I doubt that the same approach will succeed a second time having failed first time round.

I was trying to open up an avenue to some of those we need to win over for a successful Yes, a constituency that includes a swathe of comfortable Scots. They were No voters not out love for the Union or opposition to the idea of a new Scotland but out of a sceptical examination of the independence case. I think this comes in two parts. The first stage is the technical argument – debt, credit-worthiness, currency, EU membership, international recognition, oil rights etc. The second level is sentiment (to use David Hume’s word). Do they feel good about joining the other side? At this point they have a problem. Don’t reach for the fireworks, but I reckon comfortable Mr and Mrs Scott don’t much fancy the look of the Yes movement. Kilts and painted faces are fine at Murrayfield. A sea of saltires is just too nationalist for them. I’m sure they know that all movements to succeed need a strong community base and foot soldiers do the work. They also know it’s possible they will decide to shift their vote. But they need to feel at ease doing so in a way they can tell friends and not be laughed at.

That’s why the media linked Yes to the Scottish Resistance taking on Tunnocks Tea Cakes. It’s why they made up the threats to Murphy on his pathetic soap-box tour and exaggerated the activities of cybernats to associate them with Sturgeon. It’s because it repels ‘decent people’. And it does. Voters will always opt for what sounds reasonable over the hysterical. At times we sound hysterical. And continually calling out the BBC comes into this category. No matter how much evidence you present, they only hear BBC Bad. The Beeb remains one of the great institutions playing a key part in people’s lives. It doesn’t matter that it makes you spit and hyperventilate – many potential Yessers don’t buy the case and eye suspiciously those who constantly mount arguments against it. I accept that they will also question BBC output themselves and I don’t doubt they agree with some criticism. But mounting sustained campaigns as if everything they broadcast is misleading opens you up to the charge of extremism. They know the BBC covers positive SNP stories too as well as the decline of Labour. An anti-BBC campaign sounds if it doesn’t recognise the reality.

I’m saying this is really about tone. I now re-read everything I write through the eyes of a No voter who might switch. What puts me off? What can I agree with? The truth about politics in my experience is that polarity exists only at the edges. Between the two wings of any argument there is always so much more common ground than the noisy ends would have you believe. Indyref One was noisy because it was spontaneous and energised. We didn’t know the mistakes we were making. This time we have no such excuse. Without pretending to be something we are not, we need to rethink our positions and consider if there is a way to make the case more appealing. That may well mean less strident.

Some will think this sounds trivial, but it is what comes up in conversation. And it’s difficult to overstate the degree to which Sturgeon herself has changed the perception of Yes. Her appeal reaches wider than Salmond and speaks to a new normal. Lefty she may be but pragmatic decisions on, for example tax rates, transform her in the yes of comfy No folk into ‘a sensible woman in charge for a change.’

This is delicate territory as the political and cultural divide stretches wider between us and England. The fundamental strength of No – that we are basically the same as England – is curdling before our eyes. Otherwise staunch British supporters adopt a querulous tone…Jackie Kemp, the Daily Record, JK Rowling. In fact I saw a tweet from Rowling which entered my territory in this blog. She claimed there was still a blood and soil aspect to nationalism. I wrote a few blogs ago how this kind of language is a signal – it tells you she is reaching for extremism because her rational arguments are being dispelled. Like others, she now clings to the vestiges of zealotry to justify maintaining her position. If she sees enough evidence of what to her is a rational, sane and respectable case (self-defined), then I believe she can be moved.

That’s how we have to think. We ask ourselves what might work and what looks like it won’t. A bludgeon heavy with blame and resentment won’t do it.

Which takes me to my last point. One of the failings last time was a refusal to own up that the first years of independence would be tough – and largely unknown. Any new country will wrestle with questions until it finds its feet and will be buffeted by headwinds. It was unrealistic not to admit it and people instinctively knew that. (It would have made indyref2 much easier). We should do so this time and level with the No folk. If they are going to come over they need to feel in themselves they weren’t ‘wrong’ last time. They just disagreed. We have to say simply that we didn’t get it right and left the holes for them to pick at. Nobody wants to be humiliated. Instead, ask yourself if you’d rather be assured there were errors on both sides before you stepped over…so we have to find magnanimity.

Think of it as others just taking longer to get there than we did. The days of hitting them over the head are over. Yes, the case has to be made and done with energy and passion but we already have all the people that approach was going to attract. Our case is currently being made for us by a Tory government in London and a disappointingly ill-educated populace revealing a dark heart to England.

We’ll require diplomacy and nuance from now on. (I suggest to you…subtly) 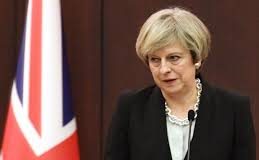 Friday morning blues and the shameless revision of politicians