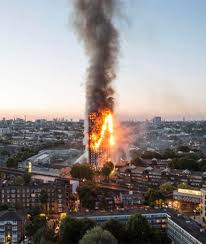 Sometimes events on the ground throw mainstream politics into flux. If you’re sceptical of such an assertion it is worth nothing that, as I write, a Tory government is purchasing luxury houses in Kensington for displaced social housing tenants.

No UK government since 1974 has been so precarious and biddable in the face of a range of unprecedented social and political forces.

We may still be in the early stages of a long process, but Britain is changing at a pace that seemed entirely improbable only a year ago. At the root of that change is a deep moral outrage about the neoliberal economic system we have lived under for three decades.

Last week, Labour MP David Lammy channelled a moment of personal grief in his plea for a revival of the UK welfare state when he referred to the Grenfell fire as a “tale of two cities,” and told Channel 4 News, “this is what Dickens was writing about in the century before the last and it’s still here in 2017.”

Such barbarities must herald change. As with the match girls and their decaying jaws exposed to white phosphorus in the 1880s, or the children buried alive in Aberfan in 1966, at certain moments abject horror about the conditions that working people live and work in simply cannot be ignored.

Grenfell is one of those moments. There is now a palpable sense that a tipping point is being reached over the way Britain is run.

As the old tabloid tricks falter, as the establishment looks scunnered in its search for a scapegoat, a gap is opening up for a tough and resilient movement for change.

It doesn’t require an ideological tag. Grenfell has given rise to a common understanding that economic and political structures that can turn family homes into charnel houses must be re-made, that the problem must be tackled at source.

But we fool ourselves if we think that the situation in Scotland can be isolated from this great surge of righteous anger.

It is all too easy to take the volatile urban politics of London, and its nefarious property market, and hold them up as a dark and distant counterpoint to a pragmatic Scottish egalitarianism.

The matter of housing is absolutely central to the way that our deeply unequal Scotland operates. Any politician intent on changing the nation must first tackle the nature of the way we are prepared to allow people to live in it. The housing crisis is what we have become. 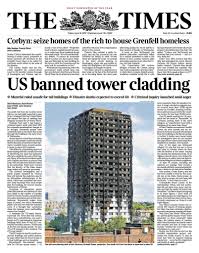 It is not difficult to chart the scale of the crisis north of the border. There are 142,500 households currently on local authority waiting lists in need of social housing. There are 34,000 empty homes across Scotland. One in five children in Scotland lives in relative poverty after housing costs. 43% of Scotland’s social housing currently falls beneath the Scottish Housing Quality Standard.

Modern Scotland’s political history is the story of public housing – from the Glasgow rent strikes, to Wheatley’s Housing Act, to the post-war settlement – the credo of an egalitarian nation starts with decent homes for all.

The Scottish Government has made advances on affordable home targets and on levelling the playing field between landlord and tenant: but rent controls remain a loose aspiration while Council Tax remains unreformed and damningly regressive. The enormous weight of the financial services sector in Scotland, with its interest in keeping the supply of housing tied to the supply of mortgages, is a further barrier to change.

To truly tackle the housing crisis, the question of land and property and how politicians choose to manage it, has to come to the fore.

Owner occupiers and landlords are far more likely to vote Tory and so the coalition government’s ‘solution,’ the Help to Buy Scheme (which simply exacerbated market failure) sought to create more of them.

All parties distribute economic power to those who are most likely to vote for them: those who fail, will struggle to fend off electoral decline.

But this also means that housing is an area of policy that does not lend itself to triangulation. Yet as the post-war Labour experience in Scotland demonstrates, it can create the kind of solid political base that the SNP is currently struggling to shore up.

Though few observers thought it worthy of note, two weeks ago around 70 per cent of the Scottish electorate rejected Tory rule. Despite the constitutional divide, there clearly is a will to create a Scotland that prioritises the social need for housing in the face of a crisis created by policies that turn homes into financial assets.

Last year, the SNP invoked its own “tale of two cities” narrative in its party political broadcast. Sinister music played over images of Chinese restaurants and black youths in inner-city housings estates. These images were then contrasted with young professionals meeting up in a swanky Leith café.

The latter, the voiceover assured us, were fulfilled members of “a nation full of hope, expectation and aspiration.”

If you doubt that this message is weak and partial: just imagine an English party using images of Sighthill or Ferguslie Park to illustrate that their way was best.

This thin narrative about strength and competence locks Scotland into a kind of political stasis. Rather than charting a vision of how this country could do so much better, it simply concludes with a safe, essentially conservative assumption: at least we’re not as bad as London and its English hinterland.

As a result, the SNP has continued to struggle to universalise its message of opposition to the Tories. Two weeks ago, it demonstrably failed to mobilise its base.

In seeking to rectify that situation it must reframe the national question, by doing more than simply offering to protect Scotland from the most unstable UK government this country has seen in a generation. Instead, it must help dismantle that government and all that it stands for.

If Scotland’s anti-Tory majority can unite behind an effort to topple Theresa May’s faltering premiership, then it can also roll up its sleeves and work together to combat decades of Tory misrule.

In bringing down that government and replacing it with a regime that allows people a safe home as a right, not as some distant aspiration, you create the kind of electorate that is mobilised and confident, that will turn out to vote, and that will be prepared to take the future into its own hands.