If Planet Earth is a spaceship, who is the captain? What course has been set and where are we going? The world’s leaders in Doha are packing their bags at the end of the latest UN Climate Change conference. Like Cancun, Durban and Copenhagen before it, the meeting has, so far, failed to make any real headway and is largely ignored by the media.

If Planet Earth is a spaceship, who is the captain? What course has been set and where are we going? The world’s leaders in Doha are packing their bags at the end of the latest UN Climate Change conference. Like Cancun, Durban and Copenhagen before it, the meeting has, so far, failed to make any real headway and is largely ignored by the media.

The latest analysis by the Global Carbon Project makes gloomy reading. Carbon emissions are now heading to a 4.0 – 6.1º “likely” increase in temperature and “large and sustained mitigation is required to keep below 2º”. Given that 2º of warming is what is deemed to be the upper limit to avoid dangerous climate change, the future outlook for the planet is beyond scary.

Meanwhile, the financial crisis continues to plunge increasing numbers of people into poverty and despair not only in countries that are already poor but in supposedly advanced democracies such as Greece and Spain where the eurozone experiment has already come off the rails and the neo-liberal economics that underpin it have been found wanting.

One of the features of the eurozone crisis and of the UK response to the financial crisis is a fear of “the markets” and what penalties they might exact on any Chancellor who deviates from the Washington consensus. Our very idea of democratic government is under assault and we have shown little willingness to do defend the freedoms that it supposedly delivers for us. Scotland is part of this story but we are too often reluctant to face up to these problems because of our comforting myth of living in an egalitarian and progressive society.

In truth Scotland has been the subject of precisely the same neoliberal experiment as the rest of the western world. The current financial crisis is a symptom of the freedom bestowed upon a feral elite who have wrecked havoc on our economy for their own personal aggrandisement. Instead of an economy designed to deliver prosperity, opportunity and equality, we have one built on the privatisation of the financial system, the corruption of our democratic institutions and an expansion of private debt and consumption.

There is no doubt that a very different Scotland is possible and this appeal lay at the heart of Nicola Sturgeon’s speech earlier this month when she argued that “by being independent, [we] can build the better nation we all want”. Even with the additional powers that would come with independence, however, this will be no easy task for a country that would be moving from the 4th to the 5th most unequal country in the world.

The challenges of climate change, feral finance and inadequate democracy cannot be addressed by the kind of normative thinking that has dominated political discourse in the UK and Scotland for too long.

On climate change, for example, to avoid exceeding the 2º of global warming target, we can only afford to extract and burn anything between 22% and 40% of current known fossil fuel reserves. That means leaving a lot of that North Sea oil untouched and a moratorium on further exploration.

The scale of the financial challenges we face is equally profound. Over the past 40 years, the UK economy has grown largely on the back on money issued by private banks in the form of debt. Of the money in circulation in the UK, 97% has been issued out of thin air by banks as loans.  Much of that has been used to finance a housing and commercial land bubble which has yet to deflate. The UK’s total debt now stands at over 500% of GDP and only a small fraction (81% of GDP) of this is the public debt that so exercises George Osborne. The rest is debt owned by British households (98% GDP), financial institutions (219%) and industry (109%). That is the largest pile of debt in Europe outside Ireland.

Nicola Sturgeon cited four countries out of the top five of the Economist Intelligence Unit’s “where to be born” index – Switzerland, Norway, Sweden and Denmark and asked “what do they have that we don’t?” Independence to take their own decisions that are right for them was the answer she gave but went no further. She could have pointed out that these countries (with an average population of 6.7 million) have real local democracy with, on average, 3369 local councils with constitutional guaranteed status and fiscal freedom.

Alternatively, she could have pointed to their patterns of property ownership and inheritance laws or their public transport systems or their thriving traditions of co-operative businesses. Having spent time in each of these countries (and with a sister resident in one of them), I would be very happy living in a Scotland that was more like any of these four.*

Some of my scepticism over the independence prospectus arises out of a genuine curiosity as to whether we could, in a decent timeframe, create the more equal society that characterises not just these four but much of the rest of Europe. My experience of how elite power operates in Scotland and how comfortable we tend to be with the status quo (elements of which have been reflected in every post-devolution government in Scotland) suggests we have a good deal more work to do to generate the kind of vision that will inspire major constitutional reform.

Are we ready for the radical re-appraisal of how we use land so as to provide high quality, low cost and energy efficient housing for all. Will be adopt the manifesto of the Fife Diet and put in place the policies to foster local and reliable food supplies in a world of diminishing fossil fuels? Can we overcome decades of corrosive and cynical narratives about the role of governance and politicians in our lives? Have we the imagination to punch above our weight in creating a fairer, greener world with the challenges that entails to our own expectations of a richer (albeit a fairer) Scotland?

By the time of the referendum, Scotland will be in the deep grip of austerity, unemployment, growing inequality, unpredictable weather events and may be bruised and divided from a long and polarised debate about the merits of independence.

Existential nationalism won’t persuade people that independence can provide the opportunity to tackle these challenges. On the other hand, utilitarian nationalism needs to move beyond a comforting social democratic narrative about equality, fairness, education, health and wealth to confront the deeper and more structural issues of the environment, democratic governance and global capital.

A healthy debate about such matters which respects everyone’s right to come to their own judgement is a vital part of resolving such questions. But so too is a realistic and radical vision about how we should address some of the very big questions that are staring us in the face.

Campaigner: Land reform bill can be improved via crucial consultation 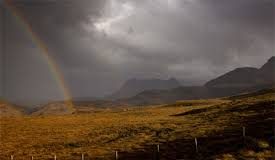 Campaigner: Land reform bill can be improved via crucial consultation