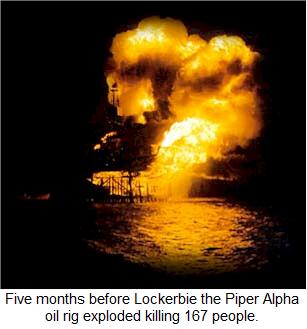 With BBC Scotland and just about every other Scottish media outlet more or less anointing Iain Gray as First Minister designate, following Alec Salmond’s decision to drop the proposed Independence referendum from the forthcoming Parliamentary session.  There seems to be a resigned inevitability that the SNP have no chance of forming the next Scottish government and that supporters of Independence had better just accept that the Tartan Overlord seems to favour a gradual, gradual approach to Independence and soon Labour will be back in charge leading us all to a socialist-lite Utopia.

With BBC Scotland and just about every other Scottish media outlet more or less anointing Iain Gray as First Minister designate, following Alec Salmond’s decision to drop the proposed Independence referendum from the forthcoming Parliamentary session.  There seems to be a resigned inevitability that the SNP have no chance of forming the next Scottish government and that supporters of Independence had better just accept that the Tartan Overlord seems to favour a gradual, gradual approach to Independence and soon Labour will be back in charge leading us all to a socialist-lite Utopia.

There are a number of factors that have brought about this triumphalist way of thinking in our Unionist opponents. Long before May 2007, Labour and their Unionist sidekicks have used the ‘when did you last beat your wife?’ school of debate. Over the decades they’ve consistently spread the belief that the Scottish National Party are a mean spirited, Anglo-phobic minority party only interested in being insular and celebrating the more sinister side of patriotism. Naturally this is intended to, deter the electorate from voting for them, offend SNP supporters and minimise their argument, it does. We’re constantly on the back foot, striving to be positive in the face of relentless negativity and having to tread warily in everything we say and do lest we be accused of fascism, racism or jingoism. Pointing out perceived historical injustices is branded the politics of whining. Trying to engage political opponents in debate, soon sees them resort to the usual repetitive dross, which equates to that of a scolded child, sticking their fingers in their ears and bawling ‘I can’t hear you’. ‘We couldn’t cope outside the Union’, ‘we’re subsidy junkies’, ‘Scots will leave in their droves past the guard towers on the border’, ‘we’re all face painted Mel Gibson acolytes’ and so on.

Personally, I’ve had enough of it, if ever there was a time for Salmond and his team to point out the normalcy and prospects of an Independent Scotland, and keep ramming it down the throats of the electorate and the opposition, then this is it. The wealthy New Labourite, Alastair Campbell once said, ‘it’s only when you’re sick of saying the same thing over and over again, that people begin to hear you.’ There’s truth in that. The perfect example of this is David Maddox of the Scotsman’s favourite phrase ‘SNP Accused of’, whenever this occurs, our government kicks into default position and politely and patiently tries to explain the rights of whatever malfeasance we’ve been accused of, we humbly offer our explanations and hope the feigned indignation will dribble away. It’s become the mantra set by a narrow clique of happy clappy advisers. We need to speak, clearer, louder and more often again and again and again, till the hard of thinking start to listen. We need other voices to articulate what’s going on, rather than the usual suspects. We need to demonstrate that the faith we put in the SNP  as a party of all the talents, is not wasted and left to fester.

I don’t have all the answers on how we persuade our fellow voters that backing the biggest Independence party isn’t the death defying risk our opponents say it is, but, as a keen history buff I do recognise the links of blame that will surface between now and next May.

The following story in the Evening News gives the perfect insight to the tactics opponents of Independence will use. Prospective Labour Councillor Bill Cook, believes the path to defeating the SNP is the ‘Megrahi effect’. We released him, we did it for BP oil, on Westminster orders, we’ve embarrassed the nation, the USA hates us, our name is muck, we pander to terrorists, in short we’re utterly useless and sanity will only be restored when Richard Baker goes to Libya, grabs Megrahi by the scruff of his neck and throws him back into his Greenock cell to die of his pretendy cancer.

The ‘Megrahi effect’ will be dribbled out day-after-day until the poor bastard dies, and other than ‘compassion’ and ‘higher authority’ our Scottish Government have run out of excuses. The startling lack of clarity in defending the release or even proffering a nod to the possibility that Megrahi might possibly be a victim of injustice is left ignored and unsaid. Everyone and his dog knows that the pressure on the Scottish Justice System (not for the first time) by Westminster and Washington to achieve a conviction on either of the two Lockerbie accused was immense. It didn’t matter which one, as long as the West had a hate figure to blame for the destruction, we could all go back to sleeping soundly in our beds.

The stakes have increased with the senators who are vainly attempting to conflate Megrahi’s release with BP winning licenses to drill for oil in Libya. All the while ignoring the fact that US oil giant Occidental have an operation in Libya twenty times the size that of BP’s, all the while ignoring that fact that non US citizen employees of Occidental were moved to the Libyan Oil agency when the UN sanctions kicked in, and conveniently moved back to Occidental when they were lifted. The shell companies that Occidental set up in Switzerland surprisingly continued operating in Libya during the sanction years are, guess what, back in Occidental hands. Some might say that the USA oil grab never really ceased during the sanction years. All the while trading in black oil with the man their government are convinced ordered the murder of everyone on board Pan Am 103.

Earlier today BP released the findings of their inquiry into the Deepwater Horizon rig explosion in the Gulf of Mexico. No doubt these excuses will be rubbished, the senators will continue to use BP, Megrahi and the Scottish government as a blunt tool with which to bludgeon their way to re-election at the US mid-term elections. All of this duplicity, hypocrisy and underhand dealing serves to remind me of another event that happened in Scotland a mere five months before Pan Am 103 exploded over Lockerbie.

Piper Alpha was owned by Occidental, the fourth largest Oil company in the world. I remember their repugnant 92 year old American chairman, Armand Hammer flying into Aberdeen offering $1.7 million to a relief fund and flying out the next day with his hands firmly in his pockets, never to return. A close friend of Thatcher and Prince Charles, Piper Alpha was a godsend to his debt stretched company. His insurance claim almost bankrupted Lloyds of London. The Cullen Inquiry laid the blame fairly and squarely on Occidental and a culture of corner cutting and profit protection. 167 men died 200 kilometres from shore because Occidental were too cheap to maintain safety regulations. The first explosion would have burned out and lives saved, had Occidental not continued feeding oil from the Tartan and Claymore platforms, managers were denied permission to cut the pumps, they could see Piper Alpha in flames, but still they continued pumping until the fatal second explosion, because to have shut it off would have meant several days work to restore operations and cost Occidental a fortune.

As ever our Scottish media thirled to Westminster and America did little in the way of condemning Occidental or America, nobody called for sanctions against the USA, none of the Occidental executives were ever brought to justice or prosecuted for the 106 health and safety offences they breached. In short we grieved our dead and put our faith in the Scottish Justice system, which wholeheartedly failed us, yet again.

To conclude, and I apologise for the length of this post, but not the utter pissed off-ness I hope you detect in my writing. The ‘Megrahi effect’ is in the process of claiming another victim, a man that Scotland should regard more wisely. Professor Robert Black posted on his Lockerbie Case blog that an American film-maker had approached him asking for permission to do an interview and give him an opportunity to give his reasons as to why he believes Megrahi to be innocent. As Prof Black’s post reveals this was at first a convivial interview for the first hour wherein he answered questions succinctly and patiently, only to see the knife twist and all the vehemence of the vested interests come to the fore, with a camera man chasing Prof Black screaming ‘How can you sleep at night?’ As he correctly surmises, guess which part of his interview this American film-maker will use?

The ‘Megrahi Effect’, how do we counter it, when our own government doesn’t appear to have the balls to consider that something might be wrong with the Scottish Justice system?

This article originally appeared on the ‘Universality of Cheese’ blog.  Newsnet Scotland understands that the author Mark MacLachlan has no objections to it being reproduced.

Gap between Yes and No shrinking as support for independence grows