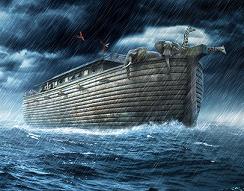 It’s a humiliating climb-down or a strategic masterstroke; a betrayal of loyal support or a pragmatic acceptance of parliamentary arithmetic.  You pay’s your money and you takes your chance with last week’s announcement that the SNP have decided not to give the Unionists the opportunity to vote down the bill for an independence referendum in this Scottish parliament, opting instead to make the issue the central theme of the 2011 Holyrood elections.

Much has been written about Salmond and the SNP and pretty much all of it has been from the standpoint of Unionists – both politicians and those in the media, and it is upon this uneven media field that the SNP have to play.

It’s a humiliating climb-down or a strategic masterstroke; a betrayal of loyal support or a pragmatic acceptance of parliamentary arithmetic.  You pay’s your money and you takes your chance with last week’s announcement that the SNP have decided not to give the Unionists the opportunity to vote down the bill for an independence referendum in this Scottish parliament, opting instead to make the issue the central theme of the 2011 Holyrood elections.

Much has been written about Salmond and the SNP and pretty much all of it has been from the standpoint of Unionists – both politicians and those in the media, and it is upon this uneven media field that the SNP have to play.

Labour’s Holyrood leader Iain Gray said: “The SNP have wasted over £2 million on the National Conversation and are guilty of abusing government money for their own party political interest, using the bill as part of their election campaign next year.”

Mr Gray said a lot more but sadly as with almost everything Labour MSPs utter these days it can be readily dismissed as meaningless politicised drivel.  This isn’t a partisan desire to stifle the voice of the opposition leader, far from it, in fact the Holyrood opposition have a point when they accuse Salmond of a ‘U’ turn and of pulling a fast one on them.  It is just that Holyrood Labour have long since abandoned any desire to behave as responsible opposition parties do and seek to improve or influence government decisions in order to try to implement some of their own policies.  Labour have instead adopted a surly adolescent like stance and stomped their feet at anything and everything the SNP propose.  They point an accusary finger at the SNP at every opportunity usually resulting in the now notorious ‘SNP Accused’ catchphrase cum headline. (Google the phrase ‘SNP Accused’ – it’s quite amazing)

Let’s face it, and the SNP have, the Unionists were waiting for Salmond to throw his referendum ball into the Holyrood chamber so that they could boot it straight back out through the window and end the game.  Not for nothing were we witness to the recent very public smooching from Lib Dem leader Tavish Scott and Labour’s Iain Gray as both sent lovenotes across the pages and airwaves of the Scottish media.  Tavish promised to love, honour and obey all calls for no referendum and Iain forgave the Lib Dem’s London indiscretion with the Tories as another very civil Lib/Lab partnership beckoned.

Like their English counterparts, the Scottish Lib Dems have offered their democratic principles as a dowry and Tavish has dutifully adopted the anti-referendum position in order to satisfy Labour’s 2011 election thrust.

With the referendum bill out of the way the scene would have been set for the media to completely bury any independence argument.  Any mention of the ‘I’ word would have had every Unionist politician and journalist screaming that the Scottish parliament, our parliament, had just dismissed the whole idea and that the SNP were obsessed with constitutional tinkering when everyone else was trying to deal with savage Tory cuts.

However Salmond has instead declared that game a bogey.  To mix metaphors, he has chucked that particular hand in and held onto the SNP chips.  The delaying ‘Trump Card’ contrived by the double dealing Unionists through Calman has now been played and a new game awaits; they cannot play the Calman card again.

In 2007 the banking catastrophe and the UK’s economic meltdown were the stuff of nightmares restricted to the minds of madmen.  No-one foresaw what would come to pass and no-one could have envisaged the brutal cuts that await as Westminster wields the axe forged by the clunking fist of Gordon Brown.

Scotland’s budget is about to be eviscerated by the Con-Dem coalition and tens of thousands of Scots, left completely defenceless in a Union that renders their vote impotent, are about to lose their jobs.  Few realise just how savage it is going to be, these cuts will be societal changing.  All this will be going on as the fiscal tap of the North Sea continues to pump more and more cash into a Westminster black hole.  Poverty, deprivation and homelessness will increase in what is arguably the most resource rich nation in Europe.

Scottish people will begin to wonder why, when they are surrounded by a beautiful flowering garden of natural resources, all they can smell is the stench of stagnation – they can only look to Norway and weep.

It is against this backdrop that the SNP under the canny guidance of Alex Salmond will reveal their new hand.  The four aces of independence, confidence, vision and hope will be contrasted with a decade of Tory rule, London cuts, Labour impotence and UK despair – this will be an election like no other.

There are those who contend that the SNP should have still gone ahead with the bill and let the Unionists vote it down.  Go to the people they say and point to the undemocratic opposition parties.  However, remember that the Scottish media behaves like no other in a Western democracy.  It is a Unionist animal and it responds to the Unionist master.

The Scottish media grabbed the lifeline that was the Calman Commission when the narrative strayed too close to independence immediately after May 2007, they would have behaved in the same manner with any Holyrood vote on a referendum bill.

Indeed evidence of the Scottish media’s blinkered stance can be seen in an article in The Herald from 12th September entitled ‘The cuts: Is there an alternative?’.  The Herald, along with The Scotsman, purports to be a Scottish quality newspaper yet there is not one mention of Scotland in the article.  The two obvious alternatives to years of Westminster cuts, Independence or Fiscal Autonomy, aren’t even mentioned.

The guaranteed failure of the bill may well have led to disquiet for a short while amongst the general public, but that disquiet will have subsided by the time of the 2011 elections and the relentless newspaper headlines screaming SNP/Tory cuts would have been magnified by the usual suspects at Pacific Quay.  It would have rendered the referendum vote forgotten and the SNP would have been portrayed as marginalised whingers if they tried to make it an issue.  ‘We’ve had the debate and you lost’ would have been the mantra.  We would instead have witnessed a re-run of the traditional fake Labour versus Tory war with the SNP filling the role of the has been who once won an obscure talent show back in 2007.

The dynamic of an election campaign is altogether different and strict laws govern TV appearances.  Yes, the Unionists will try to divert the debate away from the constitution but this time the SNP will be afforded ample airtime in which to focus the minds of the electorate, more of whom will be watching with interest.  The SNP have two trump cards in that they are the only party with a real alternative to the Westminster cuts and of course Labour’s Holyrood leader Iain Gray will find himself contrasted with a world class Alex Salmond.  Expect Labour to minimise the public appearances of Iain Gray and limit ‘interviews’ to the BBC’s Glenn Campbell.

Throw in the two referendum’s – Welsh Assembly powers and UK voting reform – and we have very interesting ingredients indeed.

The UK Coalition government will reveal the extent of the cuts to the Scottish budget in October.  From that moment on the theatre of electoral war will have been defined.  The prize will go to the party who can best convince the Scottish electorate that they alone can protect them, that their policies offer the best defence against the Tory/Lib Dem knife.

The SNP have effectively circumvented the Holyrood ambush carefully planned by the Unionists.  If they can break through the barrier erected by the Scottish media and appeal directly to the Scottish people in 2011 then those who seek to place the mediocre Iain Gray on the Holyrood throne will have one helluva fight on their hands.

Salmond’s call was brave, it was not universally embraced by nationalists – it is a gamble and like any gambler you must know when to make your move.

Why waste your best argument on those whose ears are closed and who refuse to play by your rules.  Better to speak to those you aim to convince at a time when they are at their most receptive.  Speak to them when the flood waters are lapping around their chin – it is at that moment they will seek straws to clutch and it is then that Alex Salmond will offer them a lifeboat.