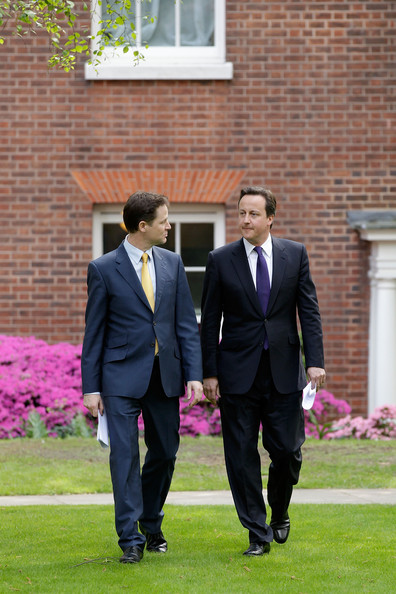 In yesterdays YouGov’s Scottish sample poll the Lib Dems are now trailing UKIP in Scotland. That’s quite a feat for Nick Clegg and Tavish Scott, the former feted as the ‘Politician of the Year’ across a fawning but not too inquisitve media only a few months ago. To quote the big man: ‘They went up like a rocket and came down like a stick.’

Where did it all go wrong ?

We thought they were trojans, turned out they were the borg. Resistance is futile, though here is admittedly little resistance on show. On raft after raft of policies they have caved in and are now complicit with the wholesale dismantling of the public realm gleefully led by the Tories.

So far so clear, but what to do if you voted LibDem last time and you now feel let down?

It’s not just Nick Clegg. Vince Cable’s famous line against Gordon Brown that he went ‘From Stalin to Mr Bean’ now seems to be coming back to bite him. They seem enfeebled by office. The fresh-faced politics of the Liberals now seem tarnished by the Bulllingdon Club Cabinet. Clegg and Scott increasingly look like the John Buchan’s Radical Party candidate in The Thirty Nine Steps. Thrust on stage he’s desperate and ends up mouthing empty slogans that win universal appeal but mean nothing at all. In the absence of policy Scott and his side-kick Iain are left shouting about snow.

The knee-jerk reaction to this for many Scottish voters will be to abandon the Good Ship ConDemnation – but where to go? Let’s examine the options in four key policies: the constitution, civil liberties, education, nuclear power, and WMD.

Among the constitutional measures the coalition government is planning are:

These three replacements are changes to the existing order that alter the way it is administered rather than the way it works. They are at best immaterial and at worst deceptive. They are designed to change as little as possible.

Neither the Tories or the Liberals wanted the Alternative Vote referendum. It was arrived at as the lowest common denominator to secure an agreement. AV is a majoritarian system with single member constituencies and it does not address the clearly improper outcomes of the UK’s current system. Supporters say it will do something to reduce the number of safe seats and to ensure that more people’s votes are counted in a way that might make a difference. It’s cosmetic constitutionalism.

On the plus side the ID card has already been scrapped. As Anthony Barnett has put it: “The government will follow up by passing a Freedom Bill that will catalogue and roll back many of the attacks on personal liberty and the ‘database state’ that new Labour introduced. Though the intrusive and arbitrary Digital Economy Act looks set to remain in place, as does the NHS ‘spine’ database and potentially the revival of the Interception Modernisation Programme.”

Crucially in Scotland civil liberties would include closing Dungavel Detention Centre despite Labour support for the ongoing shame of locking up childre in 21st C Scotland.

The pledge to scrap tuition fees for university students had been one of the Lib Dems’ most popular policies. Their u-turn may costs them thousands of votes amongst young people and the broad sweep of civil society Scotland committed to the idea of universal access to education based on ability – not ability to pay. Higher education is widely held to be the hallmark of an advanced democratic society.

As Iain Macwhirter has written: “The SNP has a unique opportunity here. Rejecting the reintroduction of tuition fees could be the big idea that Alex Salmond’s administration is desperately seeking in the fag end of this parliament. Rudderless and out-voted, Salmond has had to dump the independence referendum, local income tax and minimum alcohol pricing. If he restores fees, even in the form of a graduate contribution, it will be seen as the final U-turn that destroyed the SNP’s credibility. Look what has happened to the Liberal Democrats. But if the SNP have the courage to stick to their principles they could go into the election in good order.”

Macwhirter again: “People will claim this is discrimination, educational apartheid even. Well, let them. Browne has changed everything. It wasn’t Scotland’s choice to impose crippling debts on students. And if Scotland and Wales (and possibly Northern Ireland) hold firm, and the LibDems continue to wobble, there is a chance that the Coalition in London might have to think again.”

The Lib Dem position on Trident is contortionist. The manifesto really didn’t have much to say on this rather important subject. Only: “Saying no to the like-for-like replacement of the Trident nuclear weapons system.”

It appears, if I understood it correctly, that Clegg thought that renewing Trident would be expensive, so he wanted some other nuclear options. He ducked the issue throughout the campaign. Now it seems the decision is best delayed until 2014 or beyond, when the Liberals will have decided what they think about the subject which they claim is an issue of accountancy, not morality or military strategy.

Part of the self-styled ‘greenest government ever’ the Liberal Democrats manifesto read: “No to nuclear and dirty coal. We will not waste taxpayer subsidies on nuclear power.” That’s a fairly unambiguous statement.

The Liberal Democrats have since thrown overboard one of their most distinctive election pledges and will not stand in the way of a new generation of nuclear power stations, the new energy minister, Chris Huhne, made clear on 13 May 2010.

The Lib Dem MP, who had previously described atomic power as a “failed technology”, said the new coalition government with the Conservatives believed a new construction programme could go ahead as long as it was done without financial support from the state.

It would be “entirely up to the nuclear industry in the first instance because they have to decide whether or not they’re able to build nuclear power stations without new public subsidy, and that’s the key,” Huhne explained.

Asked whether the U-turn was a major climbdown, the energy minister said in an interview on the BBC’s Today programme: “This is a coalition agreement that has always involved compromise on both sides. There are a whole series of compromises which have been struck in this agreement which I think are obviously unpleasant for each of the parties.”

The problem is that on all of these policy options – the default setting for Scottish voters, London Labour, is worse than the Liberals. As Brian Quail put it: “When May 2011 comes, and we have the crucial election for the Scottish Parliament, we will face a clear choice; to vote for one of the British nationalist (Unionist) party, all of which are pro-Trident, or to vote for the SNP, the one major political party which maintains a principled opposition to the UK’s criminal and illegal WMD, Trident.”

Labour MSPs have been trying to hide their views on tuition fees; it is high time they were made to come clean. Iain Gray has strongly hinted that he supports some kind of graduate tax, following the lead of the UK Labour leader, Ed Miliband.

New nuclear power is now official Labour policy. It’s deeply unpopular across the country but over the coming weeks they’ll be forced to explain the policy (which hardly any Scottish Labour MSPs themselves support this). It’s Labour’s tuition fees issue.

The constitutional questions are ones that will only be resolved by independence. Calman is a mess and a shallow ineffective one at that. The rest is the system inoculating itself against change. The question remains can Labour really sustain a challenge without policies or people to articulate them. Can they make people believe they will be a bullwark against London cuts?

The Liberals have lost in Scotland and it’s five months till polling day.

As President George W. Bush once eloquently put it: ‘“There’s an old saying in Tennessee — I know it’s in Texas, probably in Tennessee — that says, fool me once, shame on, shame on you. Fool me, you can’t get fooled again.”

Scott and Gray may lack the oratorical skills of the ex-President but the electorate are smarter than to be fooled again by politicians who fail to deliver. London Labour is no alternative to the failed Liberal drones.