Trust in the Union

On 22nd March Paul Kavanagh wrote a wonderfully evocative letter titled “Dear Westminster: a divorce letter”.  For me, one paragraph in particular stood out, it focused on “Trust”.

Now, having a nationalist perspective on all things Scottish is one thing, but how this came about and why it continued, until very recently eluded me.  In fact it was Paul Kavanagh’s divorce letter to Westminster that appeared on this very website that finally illuminated my deepest fears.  Westminster does not, and never did, trust Scotland and its peoples.

I am now convinced that it is this lack of “trust” between Westminster and all things Scottish that will be the death of the Treaty of Union.  It is a slow burning fuse that has in my lifetime been fanned by a number of issues.  For example the 1950’s saw London ignore the will of the Scottish people when a clear majority of the Scottish electorate petitioned for a Scottish parliament within the framework of the UK.  To me this was a travesty of democracy.  It was also the defining moment for my awareness of all things Scottish and the lengths that London would go to subvert Scottish aspirations.

From that day on London has managed to erode this trust on a pretty regular basis with, I might add, the connivance of the unionist parties in Scotland.  Take membership of the EEC, arguably a clear breach of the Treaty of Union, and more recently the outright lies and deceit promulgated by the Unionists when it came to my birthright, i.e. oil.  And it still goes on.

Do you honestly think it was the work of the Labour party that delivered the Scottish Parliament?  Think again, it was the EU!  It was found that what the Scots were saying with regards to the existence of a significant democratic deficit led the EU to let it be known that this was incompatible with the UK’s continued membership of the EU.

But time is not on the Unionist side, any status quo in any system is always under pressure to change and history clearly points out that if change is not forthcoming then it will break.

So I offer Westminster a personal glimpse of what it may need to do to reverse this erosion of trust;

• A clear recognition by London Government that the Scottish People are sovereign in all things Scottish.
• The Treaty of Union can only be modified with the clear approval of the Scottish electorate, not the political parties.
• Establish a Common Good fund for all Scotland that receives the lions share of the remaining royalties/taxes from oil, and a fixed percentage (ownership) of all future energy or natural resource developments in Scotland.  London can keep what they have sequestered to date.
• The Crown Estates should be returned the Scottish Parliament.
• The Barnett formula should only apply to direct taxation not unearned income.  For those who seek clarification, natural resources (such as oil) are deemed by classical economics to be unearned income.
• Return of the thousands of square miles of Scottish seabed misappropriated by England.  Dr John Reid still has not explained why this was a “good deal for Scotland”, as he clearly said on the BBC at the time.
• Leave the EU’s Common Fisheries Policy (CFP)!  Seek economic restitution for the damage inflicted.
• EU/UN affairs that have a significant impact on Scotland (fisheries, green energy, military adventures for example) should seek input and approval from the Scottish Parliament.
• The Scottish Secretary of State should be elected by Holyrood and be responsible to the First Minister.

So, a lot for Westminster to swallow?  A bit of cod liver oil never did anyone any harm.  (I assume the CFP will leave us with a cod or two?)

But, clearly I say again, time is not on the side of the Unionists as they continue to obfuscate the real issue.  Is the Treaty of Union relevant to the peoples of Scotland in the 21st Century?

by A Scot in Dubai

The renewables debate is nothing new

Dear Newsnet,
Having entered a query about time travel into my search engine which included an inadvertent typographical error, I came across this record of a letter which shows that the arguments about renewable energy have been going on for longer than I thought –
From Newsnet Scotland letters November 1956 –

I totally oppose the government’s plans to continue to destroy our Highland wildernesses by the building of hundreds of Hydro-Electric dams.  Thousands of acres of beautiful, uninhabited countryside have already been submerged under water and it is proposed to submerge thousands more.

This is land which I and many others from the cities require to remain unspoiled in order for us to pursue our weekend hobbies of hiking, fishing and picnicking.  No-one lives there anyway and the few that do have become used to living without electricity so what benefit is filling the glens with water going to bring?  What if one of these dams were to fail?  Whole cities could be destroyed and washed into the sea.  It is not so long since Guy Gibson and his heroic “Dambusters” squadron proved this is possible!

The other downside is the millions of electricity pylons which will scar our magnificent landscape which we in modern Britain require for recreation and relaxation.  I predict that, in a matter of years, most of our indigenous species of bird will be wiped out by accidental contact with the high power lines.  What will become of the grouse shooting then?

No!  We have enough sources of power already.  Britain has untold reserves of cheap coal, our mines are efficient and can only grow and prosper under the careful husbandry of future governments.  In addition, the recent opening of the Calder Hall nuclear power station opens up to us a prospect of clean, cheap and safe electricity from the fuel of the future.  These stations apparently need little upkeep and can continue producing high levels of output virtually forever.

Let us, the people of Britain, leave our wildernesses unspoiled, and the few quaint people who still live there. 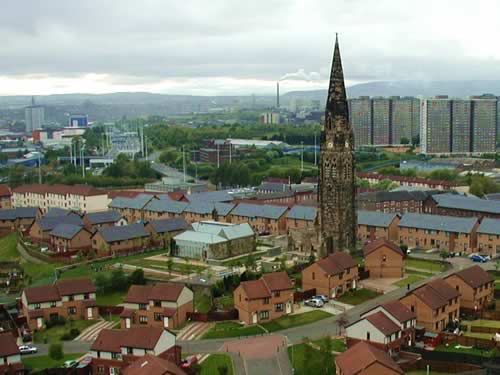 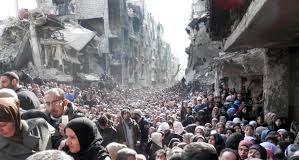