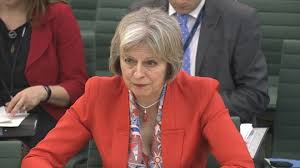 In 2007 I overheard a conversation in an Edinburgh pub on the politics of devolution. This was, as I recall, an unusual occurrence at the time.

The SNP had recently formed their first minority administration. At a nearby table a group of young staffers from the Scottish Parliament were incensed because the new First Minister had taken the audacious step of changing the name of the Scottish Executive to the Scottish Government.

It was, they insisted, such a waste. After all, the SNP were destined to collapse under the burden of running Scotland’s affairs and all the signage would need to be changed back in a few months anyway.

Since 2007 the SNP has been able to present itself as the insurgent force in Scottish politics, confounding polls and pundits time and time again. This ability is closely interlocked with the nature of the devolution settlement itself – it is all about that initial gamble of inhabiting the institutions of devolution and pointing them in the general direction of statehood.

A decade on unionist incredulity has distilled into a keen rage. As Sunday night’s BBC Scottish Leaders Debate demonstrated, this rage is not simply about the constitution: it’s also marshalled as discontent about the SNP’s record in government. The programmes lamentable failure was telling: the Scottish public sphere remains incapable of drawing a rational line between what is devolved and what is reserved.

As a result, many now view the coming election as a moment when Scottish nationalism and its brand of government will be forced into retreat.

There is a sense that the momentum from 2014 that saw SNP support surge has finally ebbed and that Brexit has simply confounded and superseded any other concern. This possibility, that causes Ruth Davidson to brim with so much glee, may not be particularly consequential in terms of the final tally on 9 June. But in the longer term, the implications for Scotland are bleak.

We now know that devolution did not kill Scottish nationalism stone dead, but there is a sense amongst unionists that the SNP is finally losing its ability to defy the laws of political gravity. There is excitement at the prospect that devolution is more akin to a large boulder that is slowly but inexorably casting a shadow upon the viability of Scottish autonomy.

But it’s vital to understand this state of affairs is no accident. One of the most significant developments to emerge in the wake of 2014 was a realisation amongst the Scottish Conservatives that the devolution settlement could be gamed to their advantage.

This is why Smith Commissioner Adam Tomkins openly stated at the time that his party used the process to prevent “grieve-o max” and make better services north of the border contingent on higher taxes.

This in turn served to legitimise the view that any UK policy can be mitigated as part of the hard choices the SNP has to make in governing Scotland.

Essentially, this is the mendacious core message in the Tory’s new bid for nationalist scalps in the coming election: “Don’t like what we’re doing? Well you can always fix it in Scotland, you have a government after all.”

Devolution may be embedded in Scottish society, but the manner in which it intersects with Westminster politics remains obscure to many. Twitter enthusiasts may be able to offer you the most detailed of takes on the minutiae and provenance of GERS, but beyond that obsessive world, more commonplace assumptions exist. Namely, that there is a Scottish Government that runs Scotland and a First Minister who leads that government and represents the nation.

Thus when the Brexit crisis starts to hit home over the coming years, the Scottish Government will be held responsible for the state of the Scottish economy as export led industries, financial services and higher-education struggle to absorb the hit. The government in question will have almost no tools with which to tackle the effects of Brexit – but it will still be held accountable.

Such crude maxims recently allowed Kenny Farquharson to lament how feebly Nicola Sturgeon has lived up to the legacy of her predecessor (as head of the Scottish sub-state) Tom Johnston.

Of course, the small c conservative audience that Farquharson writes for would be outraged if a radical reshaping of the Scottish economy was undertaken, in the mode of Johnston’s achievements: through nationalisation, high taxes and public borrowing. But such disingenuousness has become entirely permissible in Scottish political life because it is the surest means to suffocate the project of Scottish statehood.

Overwhelmingly the Scottish Government’s task is to manage the delivery of public services. It can define and shape the output of government policy in these areas, but cannot shape the overall context. The real levers of power, that define what goes in to the system, remain closely guarded in London.

The nature of the Tory trap is, characteristically, as simple as it is effective: devolution now confers absolute political responsibility for the condition of Scottish society, but not the power to shape it.

Their manifesto claim that “the Scottish Parliament has become the most powerful parliament of its kind in the world,” fails to mention the uniquely British circumstances for which Holyrood was created. There is no real equivalent to Holyrood outside of the UK precisely because federalism is perceived as un-British, and because Westminster, as we are now seeing, places its exclusive sovereignty above any other concern.

In such a situation it is enormously difficult to explain that the legislature in question enjoys a status that the German Länder, the Canadian Provinces, or the Løgting of the tiny Faroes would scoff at.

The pendular politics of devolution offers what in normal circumstances might form the basis for a kind of truce. The Tories can act as both government in Westminster and opposition in Holyrood, just SNP can play these roles in reverse.

But this election is all about the exceptional, so this balance is about to be seriously destabilised. The coming election in Scotland will mark the fruition of three years of remorseless calculation.

Scottish politics is facing its most dire crisis since the 1980s. British nationalism has, once again, resolved that Britain must eat itself to demonstrate some strange point about its prestige and exceptionalism. The rest of these isles: independent, partly-autonomous or fully integrated, are already being bound up in this act of self-evisceration.

If the Tory ploy succeeds in Scotland, even to a very limited extent, the old rules of devolution can steadily become dismantled. After having imposed the most radical change on Scotland for a generation, whatever freedom of action those in power in Scotland actually have will become an irrelevance.

Douce civic Scotland, moderate nationalist social democracy and old school Labourism alike will all be left reeling from the shock for years to come. They will be far too busy desperately picking up the pieces to demonstrate a better path. This is not a mere consequence of Brexit: it is in no small part of the point of the entire exercise.

Scottish history offers abundant proof that this political life of a nation does not simply end.

What happens instead is a gradual dwindling of power and purpose, a de-politicisation of the national space and a retreat into the parochial and the mundane. Perhaps, there is also some final, quiet, acceptance that the small country, locked into the orbit of its larger neighbour, can never be anything other than trapped.

One day, they might even change the signs back.

What happened to radical Corbyn in post-truth Brexit Britain?