The Treasury’s most senior civil servant has confirmed that the department set aside its supposed impartiality to support the Better Together campaign for a No vote.

Sir Nicholas Macpherson confirmed in a lecture at the Treasury on Monday night that his teams had reached a “strong recurring conclusion” that independence would be against the interest of the Scottish people.

The Permanent Secretary to the Treasury (left)  used colourful phrases during his lecture, stating that “people are seeking to destroy the fabric of the state”, and to “impugn its territorial integrity”.

He had concluded that therefore the normal rules of civil service impartiality did not apply, according to a report in The Independent.

Macpherson was the author of the letter quoted by Chancellor George Osborne during his speech in Edinburgh when he stated that in the event of a Yes vote the UK Government would not agree to the SNP’s demand that Scotland retain Sterling within a currency union.

His statement was backed by Labour Shadow Chancellor Ed Balls and the Liberal Democrat Chief Secretary Danny Alexander MP, in a concerted move by the Unionist parties to destroy the currency union argument.

Great play was made at the time of Macpherson’s letter coming from an impartial civil service source, although its use was controversial at the time. Macpherson is known to have been close to Better Together leader Alistair Darling MP during the latter’s period as Chancellor.

Better Together sources confirmed last year that it was Darling who had pressed for the controversial currency union position to be agreed by Labour and Tory politicians.

Last April, Macpherson told the Public Administration Select Committee (PASC) that the advice was published in order to clarify the UK government’s position and diffuse concerns in financial markets, not to influence Scottish voters. His comments this week appear to contradict that position.

The question of civil service impartiality raised its head late last year, when Newsnet.scot revealed that the Treasury’s specially-created referendum unit had played a leading role in co-ordinating responses across Whitehall.

Deputy Director Mario Pisani, left, accepting a Civil Service Award for the Scotland Analysis Programme Team’s work, told Civil Service World: “In the Treasury, everyone hates you. We don’t get thanks for anything. This is one occasion where we’ve worked with the rest of Whitehall.

“We all had something in common, we’re trying to save the Union here, and it came so close. We just kept it by the skin of our teeth.

“I actually cried when the result came in. After 10 years in the civil service, my proudest moment is tonight and receiving this award.”

He added: “As civil servants you don’t get involved in politics. For the first time in my life, suddenly we’re part of a political campaign. We were doing everything from the analysis, to the advertising, to the communications. I just felt a massive sense of being part of the operation.”

On Monday night, Macpherson delved far back in history to justify his position, referring to a decision by the Irish Free State to cut pensions by 10 per cent in 1924 – 90 years before the Scottish poll, and in significantly different economic circumstances. He also cited the financial arrangements behind the 1707 Act of Union.

The Treasury became the “lead department” handling the UK Government’s response to last year’s campaign at the behest of Osborne and his Chief Secretary, the Liberal Democrat MP Danny Alexander.

The four areas of Treasury assessment were trade, financial services, fiscal policy and the currency issue.

Tonight the SNP wrote to the Cabinet Secretary Sir Jeremy Heywood, who is head of the UK Civil Service, to demand an inquiry into the Treasury’s activities, claiming that they are in clear breach of the civil service code.

“This is a very serious admission and it begs the question – when will this UK government next abandon impartiality? We expect the highest standards from senior civil servants. With this admission, it is clear they have fallen short.

“The civil service code states that as a civil servant, you ‘are expected to carry out your role with dedication and a commitment to the Civil Service and its core values: integrity, honesty, objectivity and impartiality,’ which is ‘acting solely according to the merits of the case and serving equally well governments of different political persuasions’.

“At a time when the UK and Scottish Governments should be able to work in good faith on more powers, this raises serious questions about Scotland’s ability to have any confidence in the role of the Treasury.” 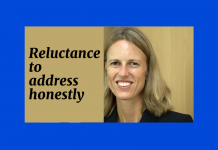 UK inflation: is there a point to the Government’s inflation target?