A leading film and TV pressure group has demanded that TV licence fee money raised in Scotland should be spent here.

Chairman John Archer – who runs his own independent production company in Glasgow – told MSPs that Scotland was treated as a colony by the “imperial power” of BBC headquarters in London.

He called for the BBC to be re-structured on a federal basis.

The Holyrood committee has begun to take evidence on the renewal of the BBC Charter, due in 2017 and which is being planned currently by the UK Culture Secretary John Whittingdale MP.

The Scottish Government is pressing for more licence fee income to be spent within Scotland. It is reckoned that the BBC spends little more than half of the £320m raised in Scotland actually in Scotland. There is evidence that improved spending would help sustain a much stronger production base in Scotland, where a growing number of independent companies rely on the BBC and other broadcasters for programme commissions,

The IPS chairman said that Scottish broadcasting is “chronically undeveloped”.

He added: “We are subject to the imperial power of London.

“We are a colony, and I think we are in the position that Churchill was after the Second World War when he said we can’t let the colonies rule themselves, we have to control them.

“I think we deserve better. I don’t think the BBC in London ‘get’ the new Scotland, I think we need a radical change and shift in emphasis.”

“Scotland should decide what is made here. Money does give you power.

“Nobody at BBC Scotland can say yes to a network production, that’s terrible.”

Producers are wary of BBC claims that a greater proportion of network expenditure comes to Scotland, mainly because of the practice of “lift and shift” whereas network programmes such as Waterloo Road and The Weakest Link have been moved north, with no real value added or created.

Mr Archer went on to criticise the current practice of “lift and shift”, lifting up programmes such as The Weakest Link and Waterloo Road, and shifting them to Scotland.

He described this practice as “like a dangerous drug” which BBC bosses need to come off. These programmes “came to Scotland to die”, he alleged.

“They didn’t leave any residue – producers went home to London and the people who worked on them here were left looking for other work.”

The Committee continues to take evidence at Holyrood next week and will report before the current consultation period closes. First Minister Nicola Sturgeon and Culture Minister Fiona Hyslop have both pressed Mr Whittingdale to enforce a greater balance of BBC spending outside London, and particularly in Scotland as well as the other nations and regions.

The federal solution is also supported by the National Union of Journalists, although its Scottish organiser Paul Holleran told MSPs the fundamental issue remains getting access to funding out of London, whatever the structure of the BBC.

IPS is also lobbying the Scottish Government to support greater investment in the screen industries, and wants Creative Scotland and Scottish Enterprise to do more to sustain the industry. The film lobby has been campaigning for Scotland to have its own custom-built studio for many years.

Guilty of bias by omission 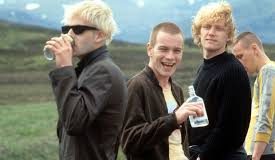 The ‘cringe’ remains alive and well in the Scottish arts and...