New information has emerged showing the extent of lobbying of the US Senate by US oil firms over business deals with Libya.

It reveals that US oil companies wanted Libya excluded from new legislation that would have allowed American victims of state sponsored terrorism to sue the countries responsible as well as firms operating within those countries.

New information has emerged showing the extent of lobbying of the US Senate by US oil firms over business deals with Libya.

It reveals that US oil companies wanted Libya excluded from new legislation that would have allowed American victims of state sponsored terrorism to sue the countries responsible as well as firms operating within those countries.

The amendment to remove Libya from the bill was co-sponsored by Frank Lautenberg – one of the four senators currently claiming BP lobbied for Al Megrahi’s release.  The revelation will fuel calls for those US Senators, keen to investigate any business involvement with the case of Abdelbaset Al Megrahi, to start with companies at home.

Questions have also been raised over the role of the US-Libya Business Association and a trade deal signed between the US and Libya in May 2010 which highlighted oil as Libya’s major export to the USA.

SNP MSP Christine Grahame who has repeatedly urged the US Senators to investigate their own back yard said:

“This is another example of utter hypocrisy from the senators involved.

“Before they go making accusations at other countries and other companies they should look closely in their own back yard.”

Ms Graham criticised the reluctance of the Senate Hearing to speak to US oil firms adding:

“As yet they have failed to call Exxon Mobil – a key member of the UK Libya Business council whose activities so concerned them.

“They have not called in US CIA agents involved in negotiations with Libya and despite their concern over the UK’s deal in the desert – a concern I share – they do not seem to have any problems with their own Government signing trade deals based on oil with Libya.

“If I was running their inquiry I would certainly want to know if US companies and trade negotiators discussed Al Megrahi.”

Ms Graham highlighted the role of Senator Lautenberg in protecting Libya from lawsuits and called on the Senate Committee to join the growing calls for a full international inquiry into the Lockerbie tragedy. 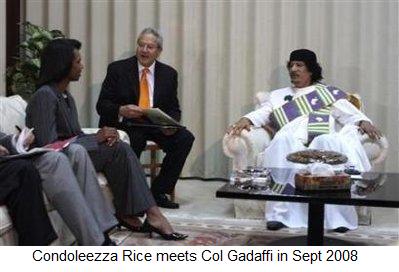 “Above all we now know that one of the US Senators laying accusations against the Scottish Government and BP put forward legislation on behalf of the Libyan Government and US Oil companies that stops American citizens pursuing Libya in the courts over this or any other terrorist act.

“I do not doubt the Senators care and concern for the families of the victims of the Lockerbie bombing and I share their desire to get to the truth over the bombing but would urge them to join me in backing a full international inquiry into the atrocity. Their hypocrisy in making allegations against the Scottish Government when they themselves have acted in favour of US oil and Libyan Government lobbying is deeply distasteful.”

New oil find
The revelations follow the announcement by Libya’s Waha oil Company (WOC) of a new major oil find in the country.

Waha Oil Company is considered to be the second biggest oil producer in Libya, it is owned by National Oil Corporation (NOC) in a joint venture with three American companies namely:
ConocoPhillips, Marathon and Amerada Hess.

These companies have been working as partners since Jan 2006.

Lockerbie, the death of Megrahi and the continuing shame of BBC...