Scottish Lib Dem leader Willie Rennie has contradicted his former UK leader Paddy Ashdown by saying he “supports” a donation to the No campaign by the Chief Executive of a company which paid a former war criminal one million dollars.

Mr Rennie had been challenged to clarify if he agreed with Lord Ashdown, after the Lib Dem peer described as “legitimate”, criticisms of a half million pound donation paid by Mr Ian Taylor to the Better Together campaign.

Mr Taylor has been at the centre of a growing row after it emerged his company, Vitol had paid Serbian war criminal Arkan one million dollars to help secure an oil deal.  Vitol was also revealed to have had business deals with the regime of former Iraqi dictator Saddam Hussein as well as links to Iran, Libya and Syria.

“Anybody who did business in the Balkans who didn’t realise there were networks of corruption that extended into any and all governments was naive.

On criticism of the No campaign for accepting the donation, he added: “It’s a basic principle that I appreciate and understand.  Wherever you are coming from, it’s a perfectly legitimate line to pursue.”

It also emerged that Mr Taylor’s company had also signed a supply deal with the Bosnian-Serb government just months before Milan Bogicevic was stripped of office by Lord Ashdown.  As the UN’s High Representative between 2002 and 2006, Lord Ashdown had accused Bogicevic of harbouring war criminals.

However, despite the background of Mr Taylor’s company – which also includes tax avoidance in the UK – a spokesman for the Scottish Lib Dem leader issued a statement which said:

The decision by the Lib Dem MSP to back the donation from Mr Taylor, who is also a major financial backer of the Conservative party, comes despite his current UK leader openly accusing both Labour and the Tories of being corrupt as a result of donations each party receives.

“The two old parties will never remove the stench of corruption from the Houses of Parliament.  When push comes to shove, they look after themselves, instead of looking out for the country.

“The choice in this election is simple.  Old, corrupt politics with Labour and the Conservatives or open transparent fair politics with the Liberal Democrats.”

SNP MP Angus Robertson, who has called on Better Together to hand the money back, claimed Mr Rennie’s backing for the donation from the leading Tory donor left his party in a “very bad place”.

“The intervention by Paddy Ashdown is very significant, but Willie Rennie seems content to show where his loyalties lie – with the Tory-funded anti-independence No campaign.  This leaves the Lib Dems in a very bad place indeed and will alienate what remains of their support.

“People voting in the referendum in September 2014 are looking for transparency and honesty from the No campaign, and this presented a perfect opportunity for Willie Rennie to regain some much needed credibility for him and his party, but he has decided to decline that opportunity.”

Mr Rennie’s party colleague Danny Alexander has also come under fire over the acceptance of Mr Taylor’s donation by the No campaign.

Earlier this year Mr Alexander announced new rules that would see companies, who had used tax-avoidance schemes resulting in out of court settlements with HMRC, being barred from tendering for public sector contracts.

Speaking in February, the Lib Dem MP said of the new regulations: “They will enable government departments to say no to firms bidding for government contracts where they have been involved in failed tax avoidance.”

However, last December, both the Daily Telegraph and Sunday Times newspapers reported that Mr Taylor’s company was “in talks” with Her Majesty’s Revenue & Customs (HMRC) “over a tax-avoidance bill”.  The talks were designed “to settle a claim for millions of pounds in taxes its senior staff avoided through an offshore pay scheme.”

The Telegraph reported that Vitol “is thought to have operated an ’employee benefit trust’ (EBT) for more than a decade.”

Mr Taylor told the Sunday Times: “We will have to pay something.  We will work hard to do what is best for our employees, but we must abide by the legislation – and we will.” 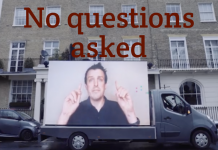