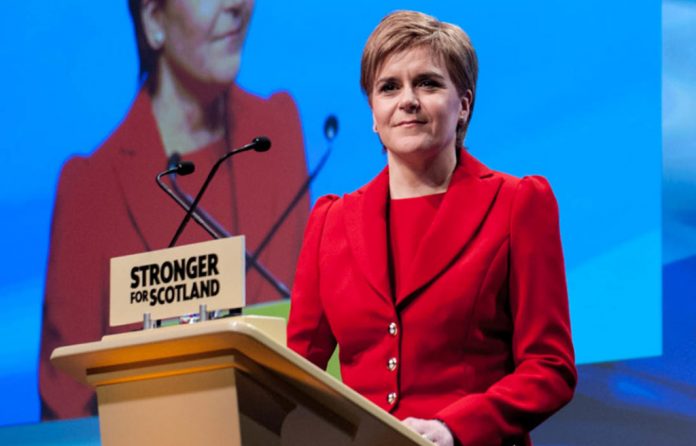 Something strange has happened in Scotland. A transformation of sorts has overturned completely the accepted basis of our politics.

Whatever the deep and abiding mutual mistrust between Labour and the SNP, and notwithstanding disagreements over the constitution with the Liberals, nevertheless all three parties had a shared policy platform on the centre left. It was variegated of course according to the times, but when there was a showdown over Scotland’s national interest they grudgingly stood together – as in the 1997 referendum. They jointly adopted a default position that was anti-Tory, mirroring the perceived attitudes of the voters.

When it came to the preparation for devolution, the SNP did stand outside the constitutional convention (against Alex Salmond’s wishes, I believe) but only because they wanted to go further, not because they were opposed. All the main parties accepted as an article of faith that the Tories did not represent Scotland, were undemocratic in opposing subsidiarity and self-determination and were political lepers to be avoided for fear of ridicule and contamination.

Yet today, this entire construct has been overturned to the extent that Labour and the Liberals are actively encouraging people to vote Conservative rather than SNP. It seems true that Willie Rennie has instructed Liberal councillors not to form working arrangements with Nationalists, preferring Tories instead. Kezia Dugdale sought an artifice to cover her embarrassment by saying no deals should be struck with parties of austerity – define – yet in Aberdeen today her party’s group has been ready to go into coalition with Conservatives whom I presume we all agree tend to favour austerity.

The SNP has become the unwanted cur of politics, loathed by all as if it were an infection. Vote for anybody opposed to another referendum is the cry from them all. At all costs we must not give in to democracy and allow the Scots another vote. Nothing else matters. Vote No to the SNP. Vote in a Tory if necessary. They are better than the Nationalists because they will ensure you are denied another shot at deciding your future. Any future is better than independence. Any future.

Yet that future is almost certain to be anything up to 20 years of hard-right, selfish austerity-driven, anti European Britnat ideology, removing powers from Holyrood, shoe-horning Scottish interests into a Little Britain policy portfolio designed to solve the problems of Brexit. And wherever you look those problems are building. Scotland will be disproportionately hit compared to England. Professor Michael Keating warns that what the Liberals and Labour spent decades building, aided by a generation of campaigners for devolution, is now under clear and present threat.

Why can’t they see where this is heading? What is blinding the parties of devolution to the obvious? The Supreme Court ruling made clear how flimsy is the underlying power of Holyrood. What will constrain an all-powerful Theresa May who can claim some sort of Scottish mandate to add to her towering Westminster majority?

I read commentators whose declared preference is devolution/ federalism gloating at the slippage they perceive in SNP support and delighting in signs that a referendum policy isn’t obviously popular. I get it that this is a ‘story’ and it cuts against the grain of the ever rising SNP but they are adding to an exaggerated sense that we don’t need an SNP power base. Who, I ask, is going to protect Scots from what is coming?

For a short-term anti-SNP gain, they are abandoning a consensus that seeks to ameliorate the excesses of Tory policy. But what happens if those powers are simply removed because Brexit has created a national UK emergency in which all decisions and all fund raising has to be centralised?

There is I think a glib discounting of the generational harm Brexit could do to our country. It’s as if people have stopped thinking beyond four weeks hence, as if, after a massive Tory win, we can regroup and think again. Liberals and Labour are playing the Tories’ game, doing their job for them and turning the election into an anti-SNP crusade.

The Liberals position in Scotland is a betrayal of all those people who worked for federalism and made the constitutional convention work. I knew many of them who were ready to countenance independence if London couldn’t deliver meaningful devolution. I fear Wee Willie is made of weaker stuff, desperately touting for Tory Unionist support as the only means of staying in the game but sacrificing Scotland’s national interest to do so.

The truth is they need an SNP to scare London. Nobody in Whitehall is frightened of Willie and his honours-seeking cohorts. But they fear Sturgeon and what she might do. It was London’s fear of the Nationalists – and the Liberals’ and Labour’s fear of their rising support – that drove devolution in the first place. If the day comes when the SNP is neutered, the game is up, not just for Nationalists and independence, but for those who boast of being proud Scots whose aspirations are met by devolved self-government. That is likely to become a shell after a right-wing victory and a hard Brexit.

This is one of those times when certainty disappears and the stars realign. After this election and after say a year of Brexit talks when reality bites, then we might perceive just what a mess we have talked ourselves into. No doubt it will be spun as the SNP’s fault, again. Yet they offer the one escape route which we could be begging for before long. It’s clear though, that, with Labour ruling out a referendum in favour of a Tory Britain (with nuclear weapons) that we Yessers stand alone. There is to be no support of any kind from our former centre-left friends for anything other than Tory-led hard-right politics.

The history has been forgotten. The consensus abandoned. Labour and the Liberals who once engaged in coalition politics, have now positioned themselves as the enemy, siding with Britnat politics at any cost. It makes voting SNP even more imperative after losing one-time friends 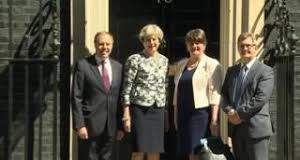