Ok. The British MSM don’t want to talk about the Rami Okasha / Willie Bain smear campaign. And as BBC Scotland demonstrated when they decimated their own readers’ forums, they’re not going to have anybody else talking about it either. So let’s just give up on that one. Clearly, if a senior Labour Party official and a serving Westminster MP want to set up a smear campaign involving an email sent out to several national journalists containing a pack of lies about a totally innocent member of the public, with his personal contact details and the names of five of his friends, then they should be allowed to get on with it. And anybody who objects had better just shut up.

It is March 2008. I have sent a set of questions to the Electoral Commission, curious to find out how its investigation was able to rewrite the law so that Wendy Alexander’s acceptance of the illegal Paul Green donation during her leadership campaign was no longer a crime, and how it was able to conclude that telling the Electoral Commission that the donation had come from a Glasgow company called Combined Property Services was not a lie.

I have their reply. The Commission acknowledges that there is a legitimate public interest in ensuring the transparency of party political funding, and emphasises that it: “…aims to promote such openness as far as possible…”  (1) Transparency! As far as possible! Good. Good. Excellent.

Some are forceful. One important reason not to tell me anything is that if they do, politicians will no longer cooperate with their investigations. “Disclosure …would severely affect the Commission’s ability to properly conduct investigations of this type in the future. This is because those involved would be far less willing to cooperate with the Commission in the knowledge that information they provided was likely to be put into the public domain.”

I am unable to fault their logic. I try to imagine the circumstances in which a hypothetical crook would offer anything but his most enthusiastic co-operation to a criminal justice system which:

1. diligently documents all the evidence of his wrongdoing
2. obligingly furnishes him with a free pardon, and then
3. obstinately withholds all information about his misdeeds from the public, in order not to discourage his fellows from future ‘cooperation’.

Another most excellent reason why I should be told nothing is that it would be “unfair” to Ms Alexander and her colleagues. Because it might lead to “allegations” against them – allegations, moreover that they have never had the opportunity to answer in a criminal court. How unfair can you get!

This is a troublesome one. Instinctively, I can feel there’s something wrong with it, but like a dense-packed circle of covered wagons, it’s almost impossible to break through. The impenetrable logic appears to be:

1. Ms Alexander and her team commit a criminal offence.
2. The Electoral Commission investigates, and provides them with a total amnesty.
3. Therefore, they don’t face any charges in a Criminal Court.
4. And now the Electoral Commission can’t tell the public why it granted them an amnesty…
5. Because that wouldn’t be “fair” to them, because… wait for it…
6. They haven’t had the opportunity to answer any charges in a Criminal Court! (3)

But the Electoral Commission has saved its best argument till last:

“As Ms Alexander is in the public spotlight,” I am told, “there is in the Commission’s view an even greater risk that the release of information may have the affect of misleading the public or encouraging ill-informed speculation.” (4)

I muse upon the sheer genius of this quangocratic babblespeak… In order to avoid misleading the public about this well-known person, and to put a block on any ill-informed speculation, it will be our policy to tell nobody anything.

I check the bottom of the email. No. It is not signed ‘Sir Humphrey Appleby’.

But I can see that this is going to be a long campaign.

2.  Fortunately, almost three years later, the Appeal Tribunal will prove unimpressed by the strength of this argument. However logical, it is dismissed in eight words: “In our judgment this concern is grossly overstated.”

3.  Again, almost three years later, this argument fails to win favour with the Appeal Tribunal. Sympathising with my description of it as “circular, even Orwellian”, Judge Bartlett dismisses it thus: “Like Mr Ferguson, we cannot see how in these circumstances unfairness can be claimed on Ms Alexander’s behalf…”

4.  For some reason that escapes me, the Electoral Commission did not submit this powerful argument to the scrutiny of Judge Bartlett and the Appeal Tribunal. 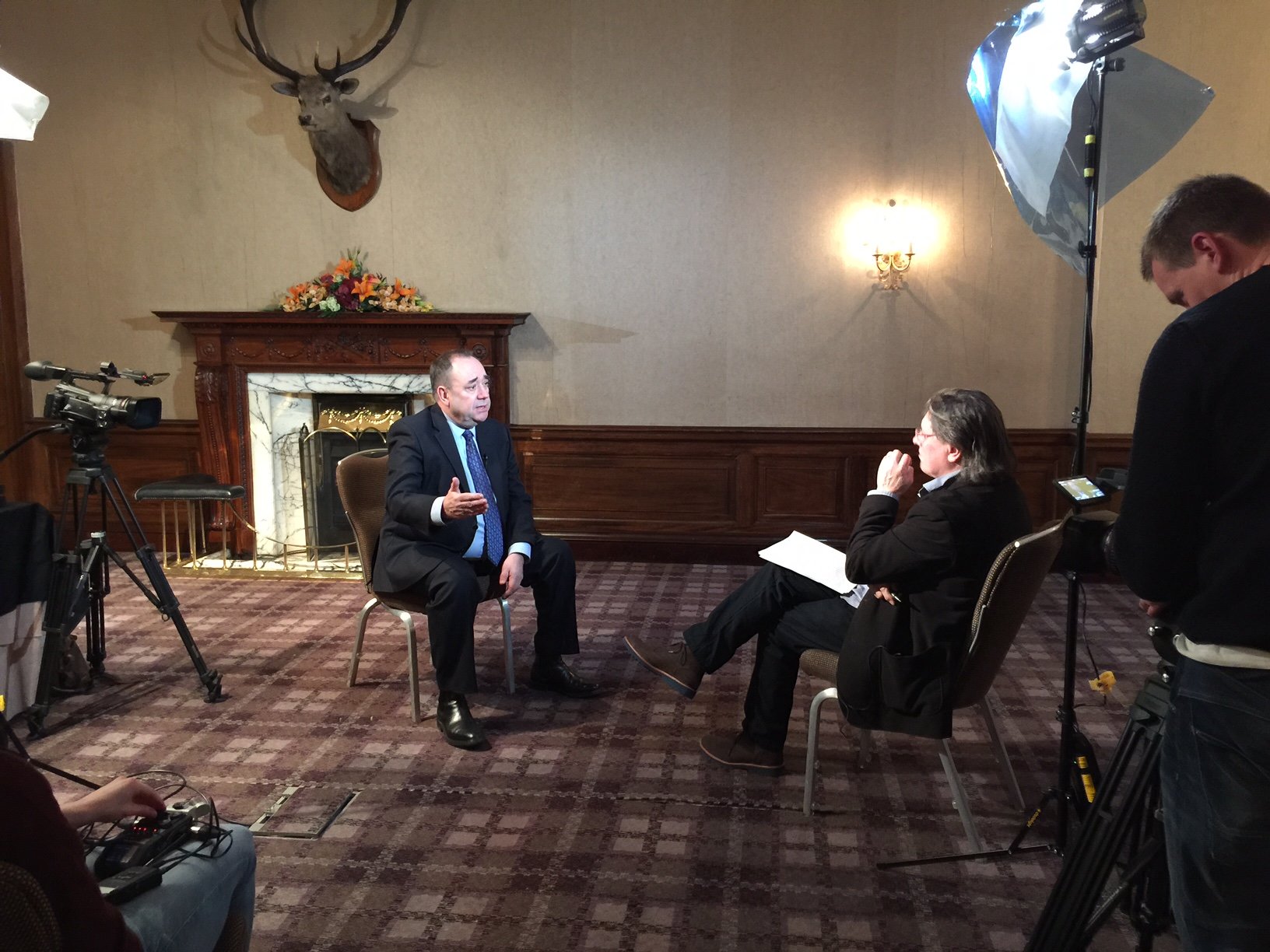 Salmond: Labour’s paying the price for missing the trick on Devo Max