According to reports, she died last week at the Xianjiang Wild Animal World in Guangdong Province, her home since 1998.

During her lifetime she had travelled to zoos across the world, including London and Ireland. Vets discovered that her organs had deteriorated as a result of old age, which ultimately resulted in kidney failure.

For the female panda to have reached 34 was something of an anomaly as pandas rarely live past 22 in captivity and 15 in the wild. 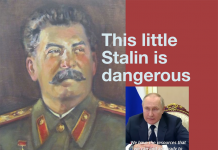 Giant Pandas on their way to Edinburgh