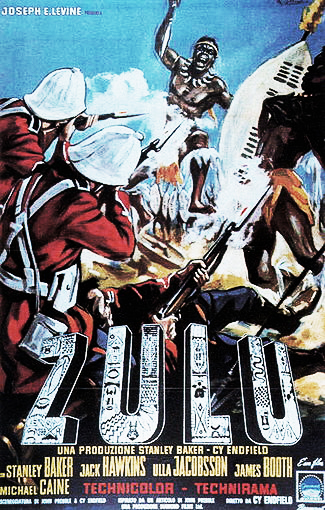 Much activity at Castle Bateman including a visit by a friend from Oxford who didn’t mind staying with an anti English racist.

I’m working on all my English pals and family in readiness for the end of devolution which has about two years left to run. There will be little point in staying in Scotland when all the powers that make us different have been repatriated. And there will be lots of employment opportunities in London at the head of Empire 2.0.

Luckily I’ve been reading up on the Zulu wars so will be well placed as head of the Africa Desk. In the spirit of Empire, I know how to talk to the natives and have mastered the  process of smile, promise, proffer coloured beads followed by gunpoint in chest.

I used to worry about docile Scots pretending not to notice when their country was being humiliated because it was easier than actually doing something about it. But you know what? We’ve kind of learned to get used to it, so long as it happens a wee bit at a time. And if we’re not exactly on our knees, well, we’ve taught ourselves how to hirple with dignity.

Part of the process is silence. As it always is with insidious movements. I was struck by the deafening sound of nothingness from Labour circles when Ian Taylor put his £500,000 into Better Together. His rapacious company and his links to the Tories – which prompted public alarm from Douglas Alexander prior to the indyref – were quietly forgotten when his money was put to the cause of fighting self government. The same voices were silent or even supportive over Sadiq Khan’s snake-like intervention in our politics.

Of course, the usual voices were raised in condemnation (with Paul Kavanagh especially prominent in my timeline) but where was the wider progressive movement in Scotland? Did I miss the STUC chipping in? What about the professional organisations – the doctors, architects, academics and all those groupings who want to be heard  on issues they think to be of importance? They all dally and schmooz with the nationalist government in their own interest. So when the dominant political credo and half the voting public are traduced in this way, why the shyness?

And isn’t it strange that our media can pump itself up with outrage at tittle tattle on Twitter yet remain cowed when the very basis of the constitutional settlement is ripped up. I recall the rallying call of the brave ‘Scottish media’ during the devolution years when we campaigned for an Assembly and a Parliament. It was at times like the warm-up to the World Cup (when we qualified). Everybody was a patriot. There was high dudgeon in the leader columns. No shirking, Blair! We’re watching you…

Only the Tories stood against, betraying their true instincts which are returning now as they feel the adrenalin of Churchillian Britain course in their blood with each Labour convert. With Labour behind the Assembly plan, it was safe for the papers to play along and of course, behind it lay the notion that devolution would leave the SNP bandwagon up on bricks.

What we witness today is the welching on that commitment to which the Tories were never truly wedded. Devolution saved their skin and now they will murder the very thing that kept them alive. They will do so with no mandate. The infusion of die-hard Unionist votes deserting Labour has acted like heroin on the Tories giving them delusions. To imagine Davidson as First Minister is the political equivalent of Renton emerging from the lavvy pan.

Here we are haunted by our own words from 2014. If we hand back control we will lose it all. We will be at the mercy of every Labour careerist and neo-con crank that English voters elect. And here we are, not a generation later but a mere three years, heading out of Europe on a wave of jingoism, GDP losing £2400, the pound falling, eternal Tory government, ballooning national debt, Trident renewal, renewables halted, Sewel revealed as hot air and powers to be repatriated.

But you know all this. Here’s the bit that has frightened me.

In recent months I’ve listened to voices outside the bubble. Conversations, observations, overhearings and the anecdotal assimilation of remarks – social osmosis if you like. What do people really think who aren’t on Twitter and regularly engaged because, you know politics is boring. Or those who are a million miles removed from my opinions – what do they feel that I don’t?

Well, it’s clear to me they hate the SNP. Not surprised? You may have been subjected to more of it than I have, but I can only say the degree of venom reserved for nationalism has surprised and depressed me. What I think of as a progressive, outward, democratic, justice-centred ideal based on the fundamental human right of self-determination is, in their eyes, a terrifying and dangerous experiment by people who don’t know what they’re doing. The SNP is dictatorial, doesn’t allow dissent, isn’t interested in alternative views. It is unbending and, even if the facts don’t fit, it doesn’t matter, it behaves like a one party state. It is turning society upside down. It is rallying every ne’er-do-well and social misfit to rise up. It is shouty and pushy. It is disrespectful. There are no words adequately to encompass the sheer evil empire of Sturgeon and ‘that man’ (Salmond).

It is reminiscent of the public vilification of the Tories under Thatcher, which at least had the benefit of justification in my view because of the policies which were manifestly disabling and not supported by the voters. For some Scots it seems that the SNP and the Yes movement is the Black Death.

I’m not entirely sure on what all this is based as it seems to be incoherent. Even policies the speaker might support are somehow ‘typical of the SNP’. Asked if they’d prefer an alternative like Labour or leaving the EU, they dismiss it as besides the point. It is fascinating to realise that the same ill-feeling does not always transmit to the British government. Any rational assessment of the Tories with their state snooping, brutal austerity, child poverty, money for nukes and Royals, accumulation of enormous debt and casual contempt for the nations of the UK, is seen as part of the problems a government has to wrestle with. It’s as if anything said in a plummy voice after the bongs of Big Ben must be Britain gamely doing its best. But who do these upstarts at Holyrood think they’re kidding…

There may be an issue that none of the non-SNP parties are led by anyone of stature or intellect, so if you’re biased against the nationalists, you’ve nothing much to hold on to. But it’s beginning to feel like Brussels, an institution that struggles to sell itself and which people find it hard to relate to. They wonder what it does when there is a real government in London. This is partly the harvest of success. It breeds resentment and for many not these folk, they can’t see anything that will stop it. Fear therefore is one of the triggers. Almost anything Westminster does they can handle because its familiar but they have no sense of Scotland (other than as part of the UK) which can replicate that. Against rational thought they have opted for default antipathy and will endure anything, including Brexit, to see the nats  put back in their box.

British behaviour in Zululand was irrational too as soon as they realised the Zulu weren’t falling for their blandishments. The British reverted to form and deployed massive force to get their way.  So, Assegais at the ready, friends…Usuthu! Usuthu!