Fiona Sinclair, of the pressure group Autism Rights, describes the struggle to make sense of changes in Scottish mental health legislation in the first of a two part series.

The Scottish Parliament is currently considering a Mental Health Bill which is addressing some of the deficiencies outlined by the last major review of mental health legislation – the McManus Review – in 2009.

Whilst some of the main recommendations of this review are being addressed, there are other major issues that have been squeezed out of any consideration because of civil servants’ propensity to restrict consultations to a very limited range of policy objectives.

Yet again, even though a few organisations made representations about the inclusion of people with Learning Disabilities within the provisions of the Mental Health Act to the McManus Review and to  the previous review under the Millan Committee, the new Bill will not consider this issue at all, unless the Scottish Government agrees to Amendments to the Bill at Stage 3. 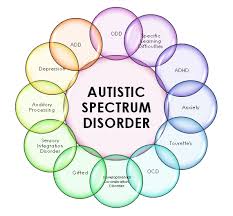 For nearly four years, my own small unfunded group, Autism Rights, has campaigned to end the inclusion of people with Learning Disabilities and Autistic Spectrum Disorders (ASD) within the provisions of the Mental Health (Care and Treatment) (Scotland) Act. The Act applies to people with `mental disorders`, which incorporates mental illness, personality disorder and Learning Disability, `however caused or manifested`.

Only two other organisations added their voice to our `Call for Action` to end this discrimination which means that, at the last count, 42 per cent of men with Learning Disability who were being compulsorily treated within the mental health system did not have a mental illness. The percentage of those women with Learning Disability who fell into this category was 15 per cent.

The Mental Welfare Commission believes this gender difference to be partly due to the inclusion of Autistic Spectrum Disorders (ASD) within the numbers for Learning Disability and to the noted preponderance of males to females amongst people who are on the autistic spectrum.

From this information alone, it is clear that the Act is even more of a threat to adult autistic men than to those with Learning Disability.  There are a number of other substantive factors that support this contention, but because ASD is not recorded or monitored in any way within the mental health system, it is made very difficult for us to make a case for what is happening to people with ASD within this system. But we most definitely can make a case and have done so repeatedly in submissions to consultations on the Mental Health Strategy and the new Bill.

These other factors include a serious problem with misdiagnosis of people with ASD, which is currently diagnosed by observation of behaviours using clinical guidance. That behavioural diagnosis is open to misinterpretation by the psychiatric profession, whose training in Scotland in ASD is unknown and is seemingly not open to enforcement by the Scottish Government.

The Mental Welfare Commission has gone so far as to state that some psychiatrists believe that ASD is a mental illness, rather than a developmental disability. There are virtually no adult services for people with ASD, regardless of their suitability – the mental health system is used instead and the Royal College of Psychiatrists has acknowledged this. There are medical illnesses that can present as mental illness, but these are not investigated before enforced `treatment` with life-shortening psychotropic drugs. This doesn’t just apply to people with ASD – urinary tract infection in elderly people can present with symptoms that are misdiagnosed as mental illness. Other physical illness is often overlooked: `challenging behaviour` can often be the result of pain.

For people with ASD, this is a critical issue, as the medical conditions that affect people with ASD are not recognised in Scotland, although these are now beginning to receive some recognition in England, through NICE’s clinical guidance on ASD, because of the work of the charity Treating Autism. People with ASD are poor metabolisers, which means that they can only tolerate extremely low doses of the toxic drugs that are routinely used in psychiatric practice, and their withdrawal from these drugs, if they are permitted to withdraw from them, is very severe and prolonged. Until the medical and political establishments in Scotland accept that there are medical conditions that are `co-morbid` with ASD, other than mental health ones, psychiatrists will continue to be able to insist on intolerable dosages of psychotropic (psychiatric) drugs for people with ASD.

The absence of any data or monitoring of people with ASD within the mental health system means that we don’t know how many people with ASD are subject to compulsory `treatment` under the Mental Health Act and how many are forced to take drugs, for how long, what drugs these are and what side effects they experience (such as Tardive Dyskinesia, which is drug-induced Parkinson’s), or if they die from these drugs.

We do know that people with ASD who become subject to compulsory `treatment` have often been given psychotropic drugs for years before they enter the mental health system, but there is an absence of data to demonstrate the role of this chemical treadmill in propelling people with ASD into the mental health system. In Scotland, there is no collation of data about the proportion of people with Learning Disabilities (people with ASD are usually included in this category) who are given psychotropic drugs in `care` settings. We know that in England it is 68 per cent.

In Scotland, there is no collation of data on the numbers or proportion of children with ASD who are given psychotropic drugs such as Ritalin and Risperidone. In the US, it is 64%. In Scottish clinical guidance for children with ASD, drugs are recommended above dietary and nutritional therapies that have been shown to dramatically improve both health and behaviour, even though psychotropic drugs carry considerable risks to health and life, including actually causing psychosis.

Autism Rights’ members can attest to the inhumanity of the mental health system as regards its treatment of their autistic sons, where polypharmacy (dosing with several drugs at a time) increases the risks to health and is routinely used on people who can find themselves literally trapped for decades in this system. The fear of retribution is based on bitter experience and the knowledge of the kind of damage that can be done to a loved one’s health in a short amount of time. Parents and other carers are more often forcefully reminded of their powerlessness than of the right to respect for their knowledge of those they love.

People with Learning Disabilities are monitored and recorded within the Scottish mental health system, and their numbers include an unquantified number of people with ASD. Some of that monitoring provides further evidence of a system that is failing to uphold the rights of disabled people. There is a disproportionate number of people with Learning Disabilities in the mental health system (about three times that of the rest of the population), the average stay being over twice as long as other patients, sometimes for decades.

The MWC’s `Left Behind` report on long stay patients identified that more than a third of these patients did not have a record of capacity for treatment purposes and there was no record of health checks, which should be carried out annually, for 25 per cent of these patients. Compare and contrast the discrimination inherent in the facts I present here with the specific exclusion of the group with the highest risk for criminal violence – alcoholics and drug addicts – from the provisions of the Mental Health Act.

Westminster has produced a Green Paper, that seriously considers the option to take people with Learning Disability and ASD out of the provisions of their own Mental Health Act because of the ongoing abuses of the human rights of these people within the mental health and `care` systems, highlighted by the Winterbourne scandal and spurred on by the LB Bill campaign, which is seeking to promote and protect disabled people’s right to live in the community with choices equal to others and with the support they need. In contrast, the mainstream `Scottish` media has demonstrated its complete disinterest in the Mental Health Bill and the issues raised in our campaign, only deigning to cover `human interest` stories based on individual cases, which are far easier for politicians to dismiss as unrepresentative of an otherwise caring system.

This, in part, may explain the political foot-dragging. The role of the charitable sector and other agencies is likewise deserving of scrutiny, given their reluctance to engage in discussion and debate. Whilst PASDA (Parents of ASD Adults)  and the SDEF (Scottish Disability and Equality Forum) supported Autism Rights’ Call for Action on legislative change, even those charities that had previously supported such change failed to give their support when asked.

Our own request to meet with the legal team of the Equalities and Human Rights Commission (EHRC) was turned down flat, even though we believe we made a very good case for an inquiry into the abuses of people with ASD within the mental health system and for a legal test case.

Similarly, the Scottish Human Rights Commission (SHRC) has refused to undertake any kind of inquiry or investigation, although it did include some of our evidence in its National Action Plan for human rights. The tide is now turning, due to the pressure we have built up in written submissions to parliamentary and government consultations, petitioning and correspondence, talks to the Cross Party Groups on Human Rights, Learning Disability and Disability and to speaking at conferences and seminars, notably Inclusion Scotland’s `Grasping the Thistle` events.

We have demonstrated that lobbying behind closed doors results in three major reviews of mental health legislation with not even a schedule for review of the inclusion of disabled people within that legislation. Jackie Baillie is now pressing the Scottish Government, on behalf of the Cross Party Group on Learning Disability, to schedule a review of the legislation within a definite timescale and will re-submit an Amendment to the Mental Health Bill if this is not forthcoming. Richard Simpson and Adam Ingram have given their backing to this, and Adam Ingram’s own amendments concerning psychotropic drugs and the need for published statistics on deaths and other basic measures of compliance with human rights attest to wider issues that I will deal with in my next article, `The Madness of the Scottish mental health system`.