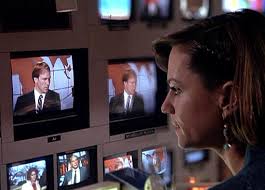 March 2: Reporting at the Fag-end of the Street

Headline Story: ‘NHS bosses admit they don’t have the legal power to enforce a ban on smoking in hospital grounds.’

Non-headline Story: ‘All NHS hospital grounds are to be smoke-free zones by the end of the month.’
Another wee head-to-head between Reporting Scotland and STV News. Guess which most needed us to hear a of continuing crisis in the Scottish NHS, over anything at all? To their continuing credit, STV reported it straight and without any melodrama or the suggestion it was the story of the day, coming fourth after Rangers, a school stabbing and North Sea oil.

Reporting Scotland goes straight for the negative and the admission of failure. We get another two ‘admits’ and one ‘disgusting, dirty, filth’ allegedly from ‘people’ not the reporter. The STV report, second quote, is longer but free of tabloid language or melodrama.
‘Eight out of ten carers in Scotland say they feel lonely or isolated.’

While STV go on to spend some time on North Sea Oil after a visit by Gordon Brown to a wee church hall, Reporting Scotland, surprise, surprise, go for another ‘recent ‘ report on problems in Scotland’s health and care sectors. A recent report you say, well from January 23 that is, CarersUK.  And it’s 8 out of 10 carers in Scotland? Well actually it’s across the UK and there’s no evidence I could find of Scottish figures broken down in that research report.

Now it’s possible I’ve failed to find another Scotland-only research report. There is a CarersTrust press-release of a guide from February 12 and another research report from Carers Trust which they summarise themselves as follows: ‘The research, with over 350 unpaid young carers from carers’ groups around the UK compares the findings with a YouGov poll of 457 non-carers* aged 8-15. 46 of the respondents were from Scotland.
‘When the answers of the 457 non-carers are compared to the 200 young carers who were in the 8-15 age group, the carers were less happy and more confused than their peers.
‘The full response of 348 young carers was asked how being a young carer made them feel. Around 48% said it made them feel stressed and 44% said it made them feel tired. However 51% reported they were proud of being young carers and 42% that it made them happy.’

I was confused, then I became suspicious. The UK-wide survey from January 23 says 8 out of 10 were lonely or isolated. BBC Reporting Scotland used the 8 out of 10 in their headline but it’s not a Scottish study nor is it that recent. The more recent report on February 12 does have some Scottish element but only 48% felt stressed, not lonely.

So what have we here? Maybe I’ve been unable to find the actual report despite serious efforts to do so. If so, apologies all round. On the other hand, maybe Reporting Scotland have reported using a mix of reports cobbled together for best effect to maintain their campaign of fear about the Scottish NHS despite a lack of meaningful evidence?

This story isn’t presented in a way that allows a SG/SNP vs Labour numerical comparison, so no numbers this time. 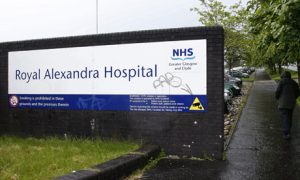 March 3: Another head to head between STV and Reporting Scotland
‘More missed targets. 25% of A&E patients in the Glasgow area are not treated in the Scottish Government’s 4-hour target time.’ (STV)
‘Still waiting too long. Hospitals continue to struggle to treat people at A&E, within targets, as the Scottish Government  publishes weekly figures for the first time.’ (Reporting Scotland)

Not much to choose between these headlines, is there? Both channels lead off with the bad news about the latest A&E waiting times for week February 16-22. Both give time to fairly full explanations, to regional variations, to Scottish Government representatives and to Opposition party commentary.

The differences between the two reports, as before, indicate stronger criticism of the Scottish Government and support for Labour by Reporting Scotland. First, STV make clear in their headline, the regional variation and focus explicitly on Greater Glasgow while Reporting Scotland are less clear, saying ‘Hospitals continue to struggle’ despite evidence in the report that many areas do very well.

Reporting Scotland, curiously, feature a large shot of Jim Murphy in a hospital as they announce the bad news, while STV give early exposure to the Scottish Government Health Minister entering a foyer where a large sign reports A&E waiting times of only 45 minutes. Reporting Scotland notably go strong on comparisons with England and suggest Scottish hospitals are ‘finding it hard to keep pace with England.’ The figures are 86% for Scotland and 88% for England.

This immature, underdeveloped grasp of statistical significance staggers me. Given the enormous complexity and the necessary margins for error, this difference of 2% is of no importance whatsoever in terms of comparing two systems. To think that it means anything at all about relative performance of the hospitals in two countries is plain stupid. To report it po-faced is either just that, or in the light of BBC’s staffing which must include at least one statistician, likely to be an example of deeply ingrained bias.

Further, the comparison of Scotland, with a neighbour 11 times larger in the size of its population, and massively varied in its demography is deeply flawed as a methodology. One of the UK member countries, Wales, has a population roughly half that of Scotland but it is much, much closer than that of England. Industrial decline and associated areas of poverty are a bigger part of the overall picture than in England, in both countries. Political control by the Labour Party for decades is another common factor.

While areas within England may be more like Scotland, in terms of economy, health and politics, England overall has a more affluent and healthy population. Accepting the above, how do waiting times in Labour-controlled and only slightly more affluent and healthy Wales compare with Scotland? Wales doesn’t do weekly figures yet but we have the January report.
Here is the league table for A&E – Patients treated in 4 hours or less:
England     88%
Scotland    86%
Wales         81%

So for a headline we might get:
‘Scottish hospitals leave Welsh equivalents struggling to keep pace and have almost caught up with a more affluent England.’
Come on now Jackie, Eleanor, you can say it. Smile!!!

So, there’s nothing much in the numbers really, but a lot more in the interpretation of evidence. 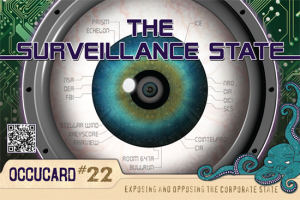 ‘Opposition parties have shown they’re willing to come together to protect people’s privacy.’ Lucy Adams, Reporting Scotland, 4th March 2014
‘Of all the countless media outlets around the world covering NSA (National Security Agency) reporting over the last 18th months, the BBC has easily been the worst: the most overtly biased in favour of mass surveillance and official claims.’ Glenn Greenwald, The Intercept, 2nd March 2014

Witness the depth of their desperate desire to damage the Scottish Government and the SNP as Reporting Scotland lead the charge of the forces of freedom against that bastion of establishment secrecy, The SNP Government in Scotland. The opposition in Scotland, parties which supported the suppression of truth over Britain’s recent wars, from Ireland to Iraq, presented by the national broadcaster as if they and it were not commonly on the side of such national databases.

STV found no time for this or for the story about COSLA withdrawals. Reporting Scotland found time to present it fully:
Favourable to SG/SNP:          02
Favourable to Opposition:    33

This is a special first as BBC attribute anti-democratic values to the SNP then criticise them. Hypocrisy of the first order.

‘A horror story for Scottish labour. Yet another poll predicts electoral carnage in May. The SNP looks set to make big gains at the General Election.’
‘With just nine weeks to go before the General Election,  Labour are under renewed pressure after the latest polling suggested the party could lose more of its seats to the SNP but labour leaders hit back saying success for the SNP would make a Conservative Government more likely.’

The latest Lord Ashcroft Poll repeats several earlier polls by predicting a swing of more than 20% to the SNP with them winning, as a consequence, 56 out of 59 seats.

Which of the two quotes above best captures the flavour of an event like that predicted? The first is from STV, as its main headline, and the second is from Reporting Scotland, after 4 minutes and stories about Aberdeen, Rangers, Construction and Celtic.

The contrast, without even looking at the full coverage could not be more striking. STV’s apparent commitment to eye-catching journalism based on news values makes sense while Reporting Scotland’s deliberate delay and jaw-dropping understatement makes sense only if you remember its previous behaviour on behalf of the Labour Party.

Remember the A&E ‘Crisis’ on February 13 (See Broadcast News No.9)?
“Is emergency care in Scottish hospitals in crisis? A government health hit squad is sent in to sort out A&E in this Paisley hospital.” (Reporting Scotland)
“The Scottish Government sends in a support team to relieve pressure on Paisley’s Royal Alexandra Hospital.” (STV News)

The wider contrast in the two reports is marked. For STV it’s ‘a horror story’, ‘electoral carnage’, ‘the stuff of nightmares’ and there’s ‘no magic strategy’ for Labour. At the same time the SNP are ‘all-conquering’.

For Reporting Scotland it’s not even headline news, it’s only ‘pressure’ and the loss of ‘more’ seats. For STV , it’s a detailed list of all the leaders whose seats will fall to the SNP while for Reporting Scotland, none of this seems worth mentioning and the parroting of ‘vote SNP, get Tory’ (four times) on behalf of the strangely unaffected Labour Party is the only story.

Visually, STV give us creepy Uncle Jim playing with the weans again. Remember his shriek of ‘he’s fallen on his bum’ as he played a computer game with a wee boy on the verge of running? This time he’s shrieking again as the witch in a story before staring at another wee boy who looks round to see where his mammy is.

Reporting Scotland put him in a factory with protective eye-wear and big weans where he seems more at home. Best of all STV give us vox pops in Kirkcaldy. Two of the three locals are hesitant but not loyal to Labour while the third makes it clear with ‘and they’ve just neglected us’. Couldn’t find a single Labour enthusiast?

These are crude and impressionistic figures but, nevertheless the contrast is sharp enough to make them useful. Reporting Scotland have managed to turn what is clearly very bad news for the Labour Party into a victory for them by stunning euphemisms and the repeated editing in of tangential commentary about post-election alliances as opposed to what was actually in the report and worth knowing about.
I might start adding up some of these numbers and other repetitions to make an interim report by the end of March.