‘Balancing the books. Scotland’s public finances have improved but remain worse than the UK average.’

‘Focusing on the figures.  The state of Scotland’s finances has improved but still lags behind the rest of the UK.’

Not so easy this time to tell which headline on the deficit is from STV and which is from BBC Reporting Scotland? The first is STV News and it is correct thus better, but not so obviously better as it has been in the past. See it? Correctly, STV say it’s worse than the UK average and by implication not the worst in the UK. RS say it lags behind the rest of the UK and by clear insinuation, the worst in the UK.

Paranoid me? Maybe. I’m not saying it was deliberate. That would take intelligence. More likely someone just liked the sound of lagging behind the rest without thinking it through.

The presence of Danny Alexander is considerable in both reports with 12 statements pushing strongly the benefits of the UK. Claire Stewart makes a wee arithmetical mistake which further weakens the Scottish economic performance? 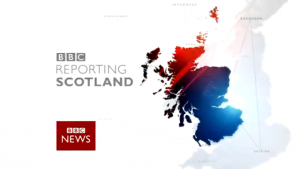 Reporting Scotland, this is a very unsatisfactory performance. I really think you should stop using evidence in broadcasts until you have a much better grasp.

First, the Royal College of Nursing report, on the care of older people in hospitals, is presented as if it were independent, definitive and comprehensive. The RCN is a professional association akin to a trades union. Correctly it sets out to protect its members. Naturally, it will never be satisfied with resources, pay or accommodation nor should it be.

However, it is absolutely not an independent or skilled research body. The report is missing key details of methodology – validity, reliability, sampling rationale and so on. Crucially we are not told how the sample was collected and so cannot be sure of the extent to which it accurately represents the overall situation. The Healthcare Improvement Scotland inspection reports upon which the RCN survey is based uses criteria only developed in the last three years. To expect to measure change accurately in complex contexts such as healthcare in a hospital after such a short period of time is surely misguided.

One has to ask the obvious question as to why changes in healthcare, for older people in hospitals, over a longer period, particularly under different political administrations, were not measured? This might have allowed more meaningful analysis of change.

Second, Reporting Scotland  goes on to use a single case-study, exploit the personal and emotional factors therein and attempt to use this rather limited evidence as somehow valuable in a wider debate, twice in the report including a cheap attempt to squeeze a tear at the end. We hear from this ‘campaigner for better elderly care’, definitively, ‘My father’s not an isolated case’ but then less certain, ‘My worry is that it’s not limited to that hospital’. She clearly has no substantive evidence and the use of this is little more than decorative. Please stick to the facts!

Finally, balance. The coverage gives much more time to statements supporting the initial thesis of failure in NHS Scotland. The ratio is 27:12. This is significantly biased in favour of the Labour campaign in this election period.

In the second part of the test, the BBC chooses to report on its own survey into Immigration in Scotland, carried out by YouGov at the licence fee payer’s expense and without any evidence of demand for it. There is a rumour going round that the BBC will do anything to undermine the SNP – even at the risk of inflaming  race relations. Also, Reporting Scotland has been advised here before about commissioning research. It is the programme’s job to reflect politics – not to try and direct them.

The headline used on this was quite disturbing: ‘For years public services have been under pressure through tight budgets but is immigration making this pressure worse?’

Well yes, if you’re a member of UKIP or some white supremacist group, or even if you’re a decent soul who only hears that kind of thinking in the street, you don’t hear it on TV News do you? Wait a minute, the BBC has just put the idea into their heads and onto the table for discussion. WTF! BBC?

Right at the end of this report the BBC tells us: ‘The BMA says it is unaware of any pressures on mainstream NHS services which it could link to immigration.’

There’s your headline. Why is it languishing here at the end of the report? Is it to try and make up for the awful betrayal beforehand? Jackie prods a nervous looking Jamie to deliver this appalling spectacle, saying he ‘has been investigating how immigration affects these services.’ No he hasn’t, Jackie. He so FFFFNNNN hasn’t!

Tell the truth. We know there is no reputable evidence from an independent body of any kind demonstrating effects on services due to immigration. Poor Jamie wanders around three sites in Glasgow to find only evidence of lovely, poor schoolchildren and a perfect teacher who are just getting on with it and smiling as they go. It costs £3million extra for teachers in Glasgow. So what? Think of the sheer joy to be had from that investment compared with the transient ego-tripping of the Commonwealth Games and its oh so narrow range of benefits for the majority in the City. It £575m budget could have wiped poverty from the face of the city.

Then the cameras find a pile of bin bags in a basement courtyard. The interviewee is careful to blame the landlords but the ‘dirty immigrants’ stereotype is sensed briefly. Finally we meet another of the city’s real heroes working to improve the tragic health levels of Roma who live in Glasgow. He’s not worrying about pressures on the system. Like the Annette Street Primary teacher, just getting on with the task in hand and being what a Scot should be. We could have given him some of the £575 million frittered on a vanity project that re-distributed wealth to the rich and middle, and from the poor.

STV miss this “story” too. Something’s working there. 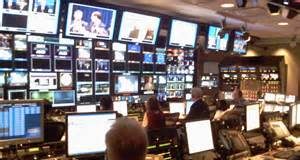 The Prof asks: Has the BBC approach failed or backfired? 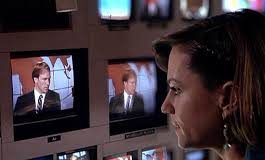