March 13: Is there a doctor in the hoose? Naw, there isnae unless Dr Robertson can help them?  Do they need a cure for media bias?

We’ve got another health-related crisis? It’s a wunner we’re no aw deid! Why is that? Is it because the cleaners and porters are keeping everybody clean and comfortable and cheery with their hard work and dirty, dirty jokes? Where’s the research on that? I’ll do it! Is it the nurses for similar reasons though their jokes are usually even dirtier, judging by my sister-in-law?

This time it’s a crisis in GP numbers. There is a shortage, by the BMA’s estimation, of around 1 in 5 unfilled posts. Whose estimation? The BMA or British Medical Association like the Royal College of Nursing has a name saturated in goodness and authority, so we can trust them can’t we? No, we can’t. Remember what I said about the RCN? It applies to the BMA just as much. This is a just a posh trades union. The BMA says so on its website and acts in ‘the interest of its members’ aspirations’. That means the same as ‘wur members’ aspirations’ except the BMA aspirations are dizzyingly high compared to those of the average paid worker. I’m not saying there isn’t a shortage of GPs, but we don’t know what kind of shortage or how bad a shortage until we get independent research. Like a coal-miner or a railway-worker, they might be manoeuvring to get more money for shorter hours.

The two reports on STV News and BBC Reporting Scotland are quite similar but there is (joy of joys for the researcher) a sneaky wee difference revealing RepScot’s more jaundiced, anti SG/SNP tendency. Look at these. Which is which? Get it correct and win the right to look smug for the rest of the day:
1. ‘This escalating problem could impact on care.’
2. ‘The BMA has warned that the situation threatens patient care.’

Good game this, isn’t it? Yes it’s the ‘could’ in the STV quote that reduces the feeling of a crisis and the lack of a ‘could’ plus the insertion of the ‘warned’ and the ‘threatens’ which, in the RepScot quote, strikes directly at the arrhythmic heart of the older viewer.

It might be more but if they won’t tell the BMA, they should not be guessing to support their initial thesis that all of their colleagues are badly understaffed. Worst of all, the ‘research team’ can’t even do their sums properly. It happens a lot as you’ve seen if you read my reports. Why didn’t Reporting Scotland spot the most obvious error in the response rate? It’s their job to provide information we can trust when the source might be partisan. Why didn’t they bother?

March 14: UKIP racist? No!
Both channels’ reports support Mr Yusaf unreservedly in his spat with the UKIP MEP Coburn. He is an SNP leader but even the most determined advocate of ‘getting right intae the SNP’ won’t go there, at least on TV. On radio, our correspondent George Kerr tells me that Kaye Adams seemed to think it included attention-seeking by Mr Yusaf.

March 15 to 19: All quiet off the Western Minster Front?

We seem to be in Holyrood Park mode as the media gaze, including STV and BBC, adjusts to the UK-wide election format. I found little to excite me this week. Readers will no doubt fill me in so to speak. I did perk up at mentions of the Office for Budget Responsibility predictions that oil income was actually bad for the economy and a few nah-nahs aimed at the FM.

Things perk up again on the 20th. I’ll get back to you.

Footnote: University of the West of Scotland: Reputation.

Well, there’s me bringing the BBC and UWS into ‘corporate disrepute’ back in January 2014 but then retweeted, as a good thang, to millions, by those bad boys, Frankie Boyle and Irvine Welsh, to bring a more general disrepute or, more likely, a big “coo-ool” from the young folk who might join us. I await the bonus.

Then, there’s Principal Mahoney (Don’t expect any cheap play on his name from me…till I retire), in the last few weeks, poking the SNP with sharp ideas like fees and money-back guarantees for foreigners, and, more recently, a wee slip-up concerning Mrs Principal, splashed in the Sunday Herald. I’m saying nothing. He backed my academic freedom when his predecessor would have had me prostrate before BBC Scotland. As for Mrs Principal, again, I’ve had 40 plus years of Mrs Professor and still have not a scooby that is clear to me.

Third, there’s Professor Deuchar, also impaled by the Sunday Herald for sookin’ in with the bobbies. Somebody in UWS publicly defended Prof Deuchar but quick as you like, this week’s Sunday Herald quotes three indignant young folk stopped and searched unnecessarily by bobbies with clipboards. Two of them were from UWS, and from the School Prof Deuchar used to be in! We don’t just teach our students about the media we get them right in it. 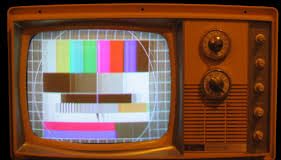 BROADCAST NEWS 20: Should broadcasters spend money on polls during campaign?

BROADCAST NEWS 15: How do news organisations present ‘research’ that really...