“Claims that hospital can be a dangerous place for people with dementia” BBC Reporting Scotland, 2.2.15

Now that sounds like the kind of news the people need to hear and Reporting Scotland made sure we heard it, in the “what’s coming up” bit during the BBC’s 6 News and then in more detail after 6.30pm tonight.

One of Scotland’s leading experts on the condition, Professor June Andrews, told us that “ward staff sometimes leave patients thirsty, hungry and in pain.”. Further reinforcing these concerns, two elderly partners reported on the neglect of their loved ones and one reporter wondered helpfully if one patient might have never eaten at all, ever, if it hadn’t been for her husband.

Well, this must have come from a new report published the same day or the day before? It’ll be one of the findings in a Scottish research report from academics or a health board, won’t it? Well, actually, not really. I had a thorough look, as I do.

There was a report funded by the Alzheimer Society, in 2009, of England and Northern Ireland. There was a Royal College of Nursing survey, in 2011, also rUK. These reports, based on extensive surveys, suggest that there is some evidence of English and Northern Ireland hospitals being “dangerous places for people with dementia”. Not Scotland though.

There is a more recent Alzheimer Scotland report from June 2014, but this is an evaluation of the role of dementia champions and not of care generally. There is a single report in the Daily Record on 21st January 2015 of the death of one elderly patient with dementia, through dehydration, in Edinburgh Royal Infirmary in 2013. Today the Herald newspaper reports on another single case of the neglect of a dementia sufferer. These reports, it could be said, do not suggest that there is evidence as yet of Scottish hospitals being “dangerous places for people with dementia”.

Further evidence of lack of evidence comes from the Herald report, by Helen Puttick, on Professor Andrews’ “book” (not a research paper). The reviewer tells us, correctly, that it “is not an attack on the failings of the health service. Instead it gives practical advice for those who find themselves looking after dementia sufferers”, and that it includes “heart-breaking stories collated by Professor June Andrews, director of the Dementia Services Development Centre at Stirling University”.

So it’s not a research report presenting evidence from a survey, but rather a help guide for relatives and part of a campaign to improve care of dementia sufferers. But it’s presented by the BBC as evidence of a problem in Scottish hospitals, all of them, just as politicians gear up for the forthcoming election. The follow-up statement from the Scottish Government, asserting Scotland’s care service as world-leading, might confirm the impression that this is a prominent, heroic, academic up against politicians.

Interestingly, in March 2014, Professor Andrews attended Camp Expo in Manchester, where NHS England’s National Clinical Director for Dementia said the current rate of dementia diagnosis – less than 50 per cent – was below the probably figure. The conference debated how England’s rates of dementia diagnosis were falling behind other countries such as Scotland, which has a 65 per cent rate compared to the English official rate of less than 50 per cent.

So along with their other headline story, teacher shortages in the North-East, Reporting Scotland tries to worry Scotland and leave lingering doubts about the current government’s abilities. There are teacher shortages in one part of Scotland? That’s never happened before has it? Schools must be closing their doors? They’re not? Wonder why?

Did someone report back in March, before the Referendum, on Scotland’s superior detection rates? Only the Scottish Government and the English NHS reported on it but there was no media pickup I could find. Wonder why?

[Note: This article has been edited since original publication. This is to reflect the fact that STV also covered the item in a bulletin on Feb 2nd, albeit less prominently than the BBC. Editors.]

Politicians, the media and a nurse’s attack on pay during TV election debate 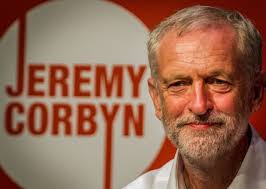 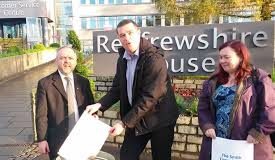