“Pressure is building on the Scottish Government to shelve plans for a new women’s prison at Greenock.”

“UK Government is not able to stop Scotland making changes to benefits payments when they’re devolved.”

These were BBC Reporting Scotland’s two big stories on Sunday 25th – serious, weighty and reasonably balanced in terms of time given to both sides. So go on, “Prof”, see what you can do with these! Where’s your bias now, smart boy?

I do love a challenge. They think it’s watertight but I’ve seen this kind of thing many times before. The bias isn’t in the way they covered the stories, it’s in the fact they presented them as stories at all. Neither item was big news anywhere else that day. STV covered neither and focused on the returning Scots nurse who was helped to recover from e-bola by a good supply of Irn-bru. It’s not my kind of story usually but I recognise that many viewers will have been moved by it. I was too. They also covered the anti-fracking demo in Grangemouth again, although they inexplicably missed my speech. I will admit the Samba band was well worth the attention.

So why did Reporting Scotland go for those topics?  Call me cynical, but I think the prison story was a wee chance to snipe at the SNP, suggested either directly by the Labour Party’s “people”, by BBC managers or just because it’s what they’re used to doing. Actually, the decision announced on the 26th to scrap the new prison plans had more to do with campaigns by Women for Independence and the earlier opinions of the Lord Advocate, Eilish Angiolini, than the late-in-the-day attack by the Labour Party (in Scotland).

My good friend George Kerr is now watching out for useful evidence from Radio Scotland, for us and he reports that tonight (26th) there was: “No mention that this was a decision taken after a Justice Committee report recommended it, following the findings of a Reform Commission Judge.  We were only told what Labour MSP, Kezia Dugdale, had to say.”

This morning George texted me to report a similar bias: “On Good Morning Scotland, she was allowed to talk about the same subject uncontested for 5 minutes.” So we get a bit of obvious selective bias on GMS, this time, to distort the truth.

Similarly, the benefits story, a non-story, seemed like an opportunity for the Scottish Secretary to criticise an argument no one had made in the first place. Both stories were fed into the news system by politicians.

At 6pm on the 26th, STV return to the decision to scrap the prison. It’s a very strong piece, informative and sensitive with time for politicians, experts and women prisoners to explain why the decision makes sense. Kezia Dugdale gets the opportunity to claim credit for the Labour Party in pressurising “the Scottish government to look at how they treat women”,  but the prior efforts of Eilish Angiolini, former Lord Advocate, correctly finish this report.

As you know, Reporting Scotland has not been doing well in my recent assessments. I’ve exhorted greater efforts to improve and to have a look at how STV do it. So it’s quite good news for the evening of 26th, even if George has had to send BBC Radio Scotland into the naughty corner for telling fibs.

First off, Reporting Scotland present a big piece on the A9 speed cameras and it’s pretty good. –It’s balanced, informative and without party political bickering over any of it. The evidence is in and it’s been a success, so far.

Second big story on the night is the scrapping of the womens’ prison and it’s a very good report. Kezia gets another wee go at grudging approval before demanding more money but this time it’s a small element in an informative piece by Reevel Alderson.

I revelled in Reevel’s serious-minded report. I hope I don’t cause him any difficulties with his boss, but I wonder if he’s the kind of guy that takes no excrement of the male bovine from his supposed superiors.

Get to bed George! You’re on the early shift. 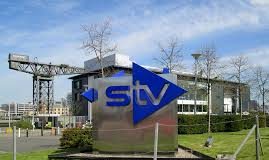