That’s right, eight missed’s and three worst’s in less than 30 minutes as Reporting Scotland “covered” the latest NHS Scotland health target publication. STV apparently missed the story altogether. Come on STV, wake-up it’s a crisis, a frackin’ great big crisis! Get your mum out of that hospital before it’s too late!

“The NHS missed some of its key waiting time targets in one of the worst performances in recent years.” 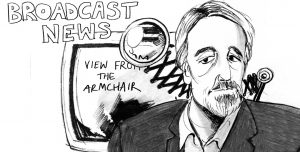 Sheesh, wait till we get the details of this story.

The Newsnet.scot plan has been for me to produce one report per week, but last night’s Reporting Scotland (Feb 24) has left me spitting expletives. So, I’m going to start there…

Several of the Missed’s were in the form of a big bold flashing diagonal banner across the screen. Abducted children get far less attention. No figures at all. Wonder why? The, imbalance (see below), repetition of “missed targets” and “worst performance”, combined with the flashing banners and the ominous tones of presenters, produced propaganda designed to further scare the population.
STV:

And there is more. We hear from a very exercised Jenny Marra MSP, of Labour in Scotland, that the statistics are “terrible” because more than 10,000 people waited more than 18 weeks, without the useful contextualising that this is only one factor within a much more positive view of the Scottish NHS. Here are the actual summary headlines from the news release (selection biased, I know, to show the SNHS in the best light but still worthy of fair news reporting):

One very important point in statistics is the need to compare like with like as with the second bullet point above.

And there is even more from Jenny, which any reasonable editor might rule unreliable. We hear of a “Top A&E consultant who talked (to Jenny presumably) of pressure on the whole of our NHS, not just A&E but also in the whole system saying it’s awful for patients and for families”.

So it’s a “top” A&E consultant, I suppose. Good at their job, no doubt. What makes them an expert on pressure across the system, anywhere near as reliably as a researcher on that task or a good journalist who gets around the country? To allow such anecdotal evidence from a politician is a serious loss of journalistic or editorial integrity. This is Propaganda, pure and simple.

My wife works in the SNHS. She says that waiting lists in her area are shortening dramatically by contrast with two or three years ago. She does. I didn’t make her say it. I couldn’t. 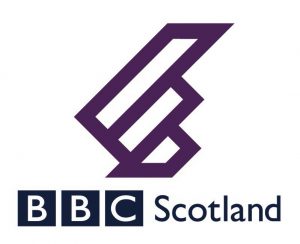 BBC Scotland, News & Current Affairs, based on this and much other evidence are, as in the summer of 2014, in full propaganda mode in a desperate attempt to save Labour by damaging the reputation of the Scottish Government.

The “awful”, “terrible” quality of their reporting (to steal their adjectives for the SNHS) is beyond belief in some ways, against the background of an NHS which has recovered from decades of Labour and Conservative misrule to perform as well and in places better that the system in England after only seven or eight years of SNP control, and in sharp contrast for example with Labour-managed Wales.

And, there’s hard supporting evidence. This from a recent report: “The research finds that there have been significant improvements in the performance of the health services across all four countries, with particular progress linked to tougher sanctions and targets in Scotland. The four health systems of the UK: How do they compare? finds that the performance gap between the NHS in England and the rest of the UK has narrowed in recent years, with no country consistently ahead of, or lagging behind, the others.”

Here’s a thought; the kind investigative journalists have. What if the evidence of seemingly better performance of the English NHS, was unreliable? Would that be worth scrutiny at the level Reporting Scotland adopts to find the awful truth behind the SNHS good news reports?

Someone has done that already? Bristol University?  Brilliant! And it concludes?
“Comparisons between England and Scotland are sensitive to whether published or unpublished data are used but, regardless of the data source, the ‘targets and terror’ regime in England lowered the proportion of people waiting for elective treatment relative to Scotland.”

One other thing on this – what do the consumers think of the service? Reporting Scotland did ask four people and three seemed “happyish” despite the awful situation.

The YouGov poll shows that net public confidence in Scotland’s NHS stands at +55 per cent, comparing favourably to England (+43 per cent) and a lot better than Wales (+10 per cent), where Labour is in charge. The figures come on the back of similar ratings included in the British Social Attitudes Survey which found that 75 per cent of people in Scotland are satisfied with the NHS – compared to 65 per cent in England and only 51 per cent in Wales.

TV News makes much of the people in the street even if it’s only a handful they manage to stop. The above two polls speak volumes for one of the key criteria in evaluation – what do the consumers say? Reporting Scotland missed these reports, I think. Missed, missed……

Saturday 21: The “most-bitter dispute since devolution” threatens the future of life and everything!

Both channels covered the ongoing disagreement between COSLA and the SG over teacher numbers and who gets to decide to maintain them or not.

Reporting Scotland’s local government correspondent, Jamie McIvor,  announced portentously that: “This has been the most-bitter dispute between ‘some’ councils and government since devolution.”

Really, has it been? Well, it is the worst case, also reported by Jamie, since he worried about “open conflict”, between them, over freezing the council-tax , in 2012. “Open conflict”, is that better or worse than a “bitter dispute”?

Does a local government correspondent need to have passed Higher Modern Studies? Had he done so, he’d surely remember the 10 pages of such disputes described in NATIONAL QUALIFICATIONS CURRICULUM SUPPORT, Modern Studies: The Government of Scotland (60-70) Google it. Remember for example, the freezing of the council tax….by Labour?

If it has only been between “some” councils and government then can it be the most-bitter since the referendum? Thirty-one out of 32 councils have already signed up to the deal – extra money for guaranteeing that teacher numbers will be maintained. Is “some” really ‘one’? Is the “one” East Renfrewshire  Council, in Jim Murphy’s bailiwick?

Actually, Reporting Scotland whispers, it’s not really about teacher numbers, it’s about a more fundamental issue: “the power of councils to decide what’s best for their own area”. Remember COSLA’s research that shows you can improve attainment in schools by having fewer teachers? You can see why they’re angry with the Scottish Government’s blind refusal to increase class sizes if that’s what’s best for their own area.

Reporting Scotland let Nicola Sturgeon say six sentences trying to justify maintaining teacher numbers and an EIS statement supported her. Luckily, for balance, Reporting Scotland remembered that COSLA had said “councils had a gun held to their heads”. Did the Scottish government say something like: “Take this extra money or we’ll blow your brains out”?

It’s just as well Reporting Scotland remembered because the COSLA guy seemed to have forgotten his own dramatic line.

What about the numbers?
STV:

In quantitative terms, there were more statements in arguments favourable to the SG/SNP position so overall, by this measure, it was biased in their favour. Clearly, there is no scope for complaints by me then?  Well only if you restrict your analysis to this factor.

Remember when I found this kind of bias last January, BBC Scotland reminded me that bias was more complex than simple quantitative balance on one night. Correct. Notice how little attention STV gave to the story by contrast with Reporting Scotland? This is a clue. Reporting Scotland is keeping alive a non-story because it’s the only one they have at the moment which challenges the Scottish Government’s competence.

That the story fails to convincingly challenge the SG, even in their report, matters less than keeping alive, in the public mind, the notion of friction caused by the SG. Right or wrong, governments that get involved in conflict with other institutions are seen to be less successful in maintaining the stability much valued by citizens.

Finally, that this is really about the wider power struggle between national and local government is incorrect. It is clearly a proxy struggle between the SNP and Labour and Reporting Scotland should have shared this insight with us.

A night off for me on the 22nd was most welcome. Thanks BBC and STV. On the 23rd, STV went to London with Nicola to report on her new schools’ initiative.  Reporting Scotland somehow miss this altogether, despite having lots of time for an extended special piece on a test pilot who is now quite old. The STV report was full of “attainment gaps” and “leadership”, not to mention Jim Murphy playing computer games. What was not to like? Well here is what STV did with it. Maybe we’ll see in this why BBC gave it a pass.

On STV, we get images of Nicola with wee London weans clearly enjoying school and quite a full explanation, by political reporter Claire Stewart, of the issues and the successes of the London scheme. Then follows a short Labour “ah but”, accusing the SNP of failing working-class children, which comes across as a bit predictable.

Then we get quite a lot on leadership and leadership training for head teachers. Nothing there for BBC to undermine. Everybody wants good leadership don’t they? And then it happens. Murphy’s Law operates and there he is on the floor with a wean, playing console football when suddenly he roars “Ah ha ha, he’s fallen on his bum!” It’s meant to look paternal, working-class, GSOH, but thanks to his profile and his voice it comes across as the odd uncle misjudging how to act with weans. It’s just uncomfortable. Then they give him time to whisper some promises to the viewers that they know Labour might have given them in 1997 if they really cared.

Overall, it’s a good piece of reporting again from STV – informative, balanced, intelligent. Now Reporting Scotland could clearly have spun it all a bit differently and taken a scalpel to Nicola’s positive soundbites but it would have been difficult. Maybe, they’re saving their powder for an easier target.

And the numbers are:

STV’s coverage certainly favoured the SG/SNP position in a quantitative sense but also in terms of sequencing as they lead off forcing Labour onto a defence which, over time, begins to look too predictable, maybe petty. It’s not a statistically biased ratio at 6:11 but it is a clear difference.

Scottish Six: Success will be when it seems ‘normal’ and we take it for granted

Scottish Six: What does it all mean for Scotland to have its own BBC ‘national’ news?

BROADCAST NEWS 15: How do news organisations present ‘research’ that really...

Migrants, ‘jokes’ and tweets – the language distortions of broadcast news