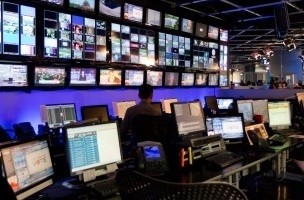 Professor John Robertson presents his first review of the year:

Crude numbers don’t tell you everything. You knew that. The first 13 reports available on Newsnet.scot are full of examples of bias which I hope reveal the nature and sometimes subtlety of the process.

You probably have some feelings about the wider patterns and trends, but that’s where the numbers come in to help produce a more objective picture of how much of each type of bias there actually was, using my criteria.

Table 1: STV/Radio Scotland General Election Coverage January 5th to March 5th 2015
Explanation of table terminology:
1.    Statements are single clause sentences or clauses within more complex sentences. Not all statements are, in themselves, explicitly for or against an argument and were not all counted. However, statements which were not, in themselves, making negative or positive points, but which were part of, and enabling of, the message in a cluster of statements, from one source, were counted.
2.    STV or RS column entries are complete reports of that type regardless of the number of statements in them.
3.    Emotive terms are such as: ‘terrible’ or ‘just awful’. See eg Jenny Mara on Sunday 1st March (No. 12)
4.    Misused Research refers to the nine research reports discussed in Nos. 1-13 and commonly misunderstood to damage the SG/SNP. Examples include those on Mental Health Waiting Times (No.12), Murphy’s Greater Glasgow Cancellation, Lucy Adams’ Nursery places  (No.10) and the Treatment of Dementia Cases in Hospitals (No. 7) where serious misunderstandings lead to apparent bad news for SG/SNP.

So, what conclusions do we get regarding the overall distribution of bias in these two months? I’d suggest:
1.    The BBC’s Reporting Scotland has been significantly biased against the Scottish Government/SNP across a range of issues but especially those shown to worry the older voter – national health and local services provision. See Nos. 13, 12, 11, 10, 9, 7, 1.
2.    STV News has been close to impartial in its coverage of political issues though still a bit prone to kneejerk coverage when Murphy intervened.
3.    When both reported on the same day, Reporting Scotland headlines tended to be more dramatic, exaggerated or inaccurate than STV equivalents. See Nos. 13, 11, 7.
4.    Reporting Scotland has placed undue emphasis on their negative coverage of health issues in Scotland and has failed to make statistically sound comparisons across the UK’s regions. Comparisons of Scotland and England are hopelessly inappropriate given the difference in size. See Nos. 13, 12, 11, 10, 9.
5.    Reporting Scotland has made far too regular use of research reports and commonly misrepresented them to support attacks on the SG/SNP. By contrast with STV, they have looked to be desperately searching for bad news they can infer. See in particular No. 12, March 1st., No.11, February 21st., No.11, February 17th., No.7.
6.    Jim Murphy, leader of only one of the three main opposition parties, and not even UK Government Secretary of State, received more attention than did even the First Minister of the Scottish Government.
7.    The regular and often early appearance of Murphy and other Labour leaders in bad news reports for the SG/SNP could have led viewers to see them as deserving credit for initiatives led by other groups such as Women for Independence, in the decision to scrap the new women’s prison or to prevent fracking in Scotland. See No. 6, January 28th and No. 5, January 26th.

More optimistically for the SG/SNP, Reporting Scotland may have actually overplayed the healthcare ‘crises’ to produce voter apathy. Likewise the over-exposure of Murphy and his assistants’ nagging critiques of the SG/SNP may reduce electoral support for Labour. If you repeat something too often it starts to sound a bit fake.

The repeated sequence of BBC presenters announcing yet another crisis followed soon by Murphy, Dugdale or Marra near to tears with stock empathy could have had a more comedic than serious effect. The stubbornly pro-SNP opinion polls suggest Labour will need to decide soon whether to stick or twist on their strategy. If they stick, they may find themselves relying on an ever-more pained Jackie Bird saying things like:
‘Plastic Surgery in Scotland Lags Behind that in England’ followed by Kezia sobbing over a picture of Jim’s failed treatment.
‘Scottish winter temperatures depend on warmer air rising from England’ followed by Jenny crying over a dead drunk in a Dundee close.

On a more serious and different note, one of my respondents, ‘finnmacollie’ of who knows where, wonders if all of RS’s scare stories about waiting lists and pressure on staff might actually lead to some honest folk being reluctant to attend even when they should and, as a consequence, suffering, dying? Now that would be a media effect worth worrying about. I’m going to dig deeper in the research on this. Let me know if you have any information. This and the very recent interest in Immigration, suggest RS’s psychopathic leadership are not going to be constrained by empathy for the general population.

I have a dream. One night soon, a Reporting Scotland crew member lets out a wee snigger, then another, then a full-throated guffaw. Then the rest of the team join in. They fall down holding their aching ribcages. Jackie staggers out tripping over her heels as Bossman charges in with his bullwhip and lays into them. Resting after their 6-6.30 slot, the STV team laugh so much they wet their breeks. [Editor: Call on your cartoonist for this image?]

Halfway there and already RS have gone beyond the dirty tricks I expected. As I finished this off, my reviews numbered 14 and 15 contained my utter amazement and genuine disgust as Reporting Scotland risked  damage to race relations in Scotland in order to weaken the SNP by association with the immigration everyone already knew was unpopular in Scotland as much as in the rUK.

There is no justifiable case for raising the topic at this point and the façade of restrained commentary salted with the odd pro-immigrant idea, is just a smoother form of deep dishonesty and utter cynicism, in my view.

Media Watch: Scotland’s vices must be kept in proportion, especially in...