It was harder to concentrate this time on the evening news after Paul Nuttall of UKIP exploded with righteous indignation on Question Time. Fired up, UKIP supporters were no doubt straight out to torch terrier dogs and to write ‘Schottlander’ on shop windows, especially McDonald’s. Dimbleby had little to say as the audience roundly applauded Nuttall.

At least you know where you are with Nuttall. He may be dim but at least he means what he says. Jim Murphy, by contrast, switches horses every day and, crucially, without critical comment from our broadcast media.

STV have let me down after their recent good showing with the most fawning piece on Jim’s epiphany on fracking.  On Jan 24th, the report starts with two long sentences, from the reporter telling us how the Scottish Labour Leader plans to stop fracking (onshore) if he’s elected. Then we get a wee sentence reminding us that Fergus Ewing is expected to make a statement to parliament next week, before it is back to Jim to play “Braveheart”.

He tells us: “Scots remember how we (note the “we”) were treated as a guinea pig for the poll tax. That’s part of a collective memory of how we were treated by Mrs Thatcher. That cannot be allowed to happen with fracking.” It’s like watching Alien trying to mutate into Tommy Sheridan.  Note to the STV editor, that’s five sentences for Jim and only one for the actual Scottish Government.

Also, why on earth not make a passing mention of how he’s changed and how late he is on fracking? I’m speaking at the Anti-fracking protest in Grangemouth today (Sunday 25th). Some of the people there have been campaigning in all weathers for years! If Jim Murphy turns up, he’ll be laughed all the way back to his car.

BBC Reporting Scotland, the class dunce when it comes to reporting techniques, gets another sad D minus. It starts well with a whole sentence explaining: “SNP MPs are to support a moratorium on fracking in a Commons vote next week”, but that “it comes as the Scottish Labour Leader, Jim Murphy, said if he’s elected first Minister, there’ll be none until it’s shown to be safe.” It’s a sneaky or lazy little shuffle. Isn’t it Jim’s announcement that comes as the Commons vote approaches and not the other way round? Paranoia, you suggest? No, it’s a habitual or conscious tendency to emphasise or to magnify Murphy’s importance.

Then we get several minutes of the PM giving Scotland extra powers including those over fracking before Jim’s off again, in that strange soft voice,  saving Scotland with: “It’s clear there’s public anxiety about fracking so I want a triple-lock. I want communities to have a referendum, to have a final say.” What’s the triple-lock? Council planning decision or if necessary Scottish government appeal. That’s a double-lock isn’t it? Have I missed something?

At the end we get three sentences from a Scottish Government representative and a wee after-thought for the Greens. How can the dominance in this piece of the Labour Party be justified? Shouldn’t the government get at least as much time? Don’t the Greens, after all the effort they put in to this issue, deserve more? Come on Reporting Scotland, it’s not that difficult. Is somebody bullying you?

Now, if I’d reported on the 23rd, STV would have got an A, smiley face and gold star for their report on televised multi-party debates (22nd). I thought this report, like the one on changes  to property rates (21st) that I mentioned in my last report, was frankly top-notch, especially given the time limits they operate under. In particular, they were very clear, informative and fair.

So, we know Murphy’s having no positive effect on opinion polls, yet he is clearly having an effect on editorial decisions at Reporting Scotland and to a lesser extent at STV. Isn’t the big story his failure to get results and not his string of very late conversions to what looks like a vote-winner?

If he was manager of St Mirren, for example, he’d have to face direct questions from reporters. When he announces his latest conversion, shouldn’t they ask him why so late in the day to come out in favour of something other people have been working for through hell and high weather. It’s kind of insulting to these people that reporters do not do so. 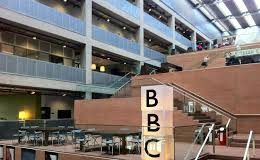