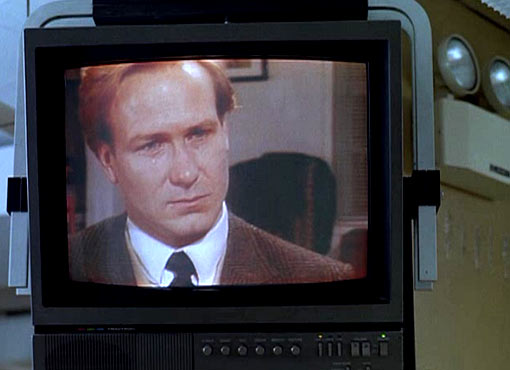 Professor John Robertson, of the University of West of Scotland (UWS) begins his monitoring of Scottish broadcast news in the run up to the UK General election this May.

It begins. After a few quiet weeks in January and seriously distracted by events in Paris, the coverage of Scottish politics begins to pick up.

First, attention to Jim Murphy is a heavy presence from the 6th, when on Reporting Scotland, his pledge to fund 1000 Scottish nurses from Mansion Tax receipts in London, is headline announcement and extended piece (24 sentences). Critical reaction from London and in particular from Mayor Boris Johnson , is referred to before Murphy is given time to expound on the fairness of, on the one hand, the UK benefiting from oil income and, on the other, Scotland benefiting from shared taxation.

There is no critical commentary from either a reporter or from a Scottish Government representative despite the blatantly gimmicky nature of the offer and the pantomime quality of the fallout with London Labour MPs. Reporting Scotland’s usual recourse to opinion from citizens in the street, is not exploited on this occasion. It’s easy to imagine at least one Glasgow wit having a dig at this openly provocative idea.

Combined with Murphy’s recent similar attempts to project himself as Scotland’s new working-class, jogging, football-loving, defender against Westminster, this latest ploy completes him as a challenger for any of the Still Game characters and far richer comedic material than that ever provided by Salmond.

Second, on STV on 10th January, Jim Murphy makes a big appearance and, entirely unchallenged, outlines his plans for greater autonomy for the Labour Party in Scotland. Changes to Clause 4 are agreed at a meeting of the party’s executive in Glasgow.

Third, Mr Murphy again, on Reporting Scotland on the 11th January, follows a defence by SNP’s Shona Robison of the Scottish NHS not quite meeting its targets for A&E waiting times (93.3% rather than 95%) and insists the SNP have ‘breached their own law’ (he means target) on hospital waiting times. We hear: ‘It’s not good enough and the SNP have now got to apologise to those patients who are waiting on trollies across Scotland.’

Again the reporter makes no attempt to contextualise the situation. Waiting time targets in the rest of the UK were actually missed by more than in Scotland with success on 90.2% of occasions (England), 81% (Wales) and only 76.7% (Northern Ireland). The missed opportunity to praise the Scottish NHS by comparison with rUK and the decision to focus on a very small 1.7% miss, in the ‘challenging times’ also claimed by experts across the UK, suggests a fairly deep, perhaps unconscious, editorial predisposition.

On the 15th, the collapse in oil prices opens the gate to critiques bordering on petty revenge in one case. On ITV, the reporter insists that ‘Not long ago the SNP tried to persuade the people of Scotland that North Sea oil would guarantee their prosperity in the event of independence.’ Not surprisingly, no source is offered for this clearly false statement. The reporter then goes on to say: ‘Scots voted to stay in the UK so the financial pain here is shared [but] not so, the blame for the current problem.’

A comment from Nicola Sturgeon: ‘Westminster parties have raked in £300 billion from the North Sea and they haven’t saved a single penny!’ is offered as evidence of Scots’ ingratitude. The reporter’s delivery is akin to Nelson in the Simpsons shouting ‘HA, HA’ and there is no mention of just how the pain will be shared.

On the same evening on STV, we hear from Scottish Labour that ‘independence would have put the Scottish budget in a perilous situation’ with no opportunity for the First Minister to respond. Finally on Reporting Scotland, James Cook tells us that ‘some people say things could have been even worse if Scotland had voted for independence’ and the First Minister is obliged to defend a criticism for which no source is offered. This is  little better than gossip and suggests an embedded strategy at editorial level in Reporting Scotland.

So, early in the campaign, we have the tireless promotion of Jim Murphy and the Labour Party against a background of not even soft criticism and every opportunity taken to weaken the Independence movement.