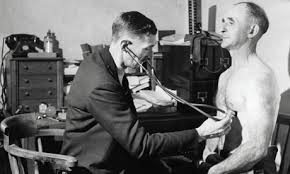 In the first part of his special examination of rural NHS services, a Skye GP raised the real issues that he believes the rural NHS faces. Here, in part two, he offers a few simple and positive suggestions for improvement.

There are a number of fundamental issues here. The first issue is the artificial divisions that exist within primary care which has seen colleagues like community nurses, health visitors, midwives, and others hived off from general practice and effectively now occupying a different orbit with different priorities and different goals.

How has that been good for patient care, joined up thinking, continuity, etc.? 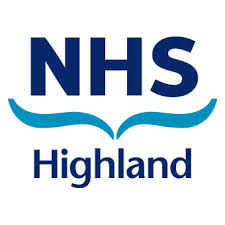 Then there are the artificial divisions between primary and secondary care, so that instead of patients moving seamlessly back and forth between the two there are constant hurdles to be jumped.

There is an ongoing issue with secondary care treating primary care doctors as second-class citizens – doctors who supposedly “couldn’t hack it” in hospital medicine, as one student recently put it to me.

Then there are the issues around how primary care is organised in rural areas. The 2004 GP contract allowed health boards to contract primary care services from whoever they liked. It also allowed them to set up locality-based services so that GPs with special interest and enhanced levels of training could be available to a whole locality rather than just their own practice patients.

These provisions have essentially not been used in rural areas. Why is that?

There is still, in my view, far too much variation in quality between practices. This has never been adequately addressed and I think it is unacceptable that such a degree of post code lottery still exists. The fact that it is much worse in England is no excuse.

Moreover there is a great variation in what practices do, and what services they provide to their patients.
So for example we are left with situations like our own here in Skye. We have 6.25 doctors looking after 5400 patients – that’s 864 patients per doctor.

In addition we have to provide 10 sessions (5 whole days) a week for our community hospital commitments (a hospital which has several hundred admissions a year and more than 2,000 casualty attendees); we do a weekly ward round for nearly 100 nursing/residential home residents; we have two branch surgeries to service (including one on a different island); and we provide post-graduate training. We cover the largest concentration of social housing in our locality and we have the main mental health drop-in facility on our doorstep.

Are we substantially busier than our colleagues elsewhere? Evidently yes, and also according to doctors who have worked elsewhere. Are we earning substantially more? Apparently not and our take-home income has been effectively frozen for seven years – a real decline in income of over 20%.

I could go on but you get the drift. What we have here is a situation which is unfair and inequitable and which effectively punishes our practice financially for being busier and having more demands and providing a higher level of service than we need to. It’s a situation which is simply not sustainable. It’s also one of the consequences of the new contract of 2004.

In contrast, our neighbouring practices have no hospital to run, no nursing homes to visit, no branch surgeries to cover and no post-graduate training to provide. Yet they earn as much as we do. Fair? I don’t think so.

And what about other practices in rural areas – the single-handed ones, for example, that cannot possibly provide the range and depth of service and experience that a practice like ours can provide to our patients. How is that fair to the patients of those practices?

Why are we not pushing for recognised and accredited minimum standard service levels in primary care throughout Scotland ? Why not considering the amalgamation of practices in rural areas to ensure that all services are available to everyone?

Aspects of the current GP contract are now being used by health boards to claw back money from practices by capping what they will pay out for some services so that any work done above and beyond as part of an enhanced service is simply unpaid work, but not work we can easily stop doing because it cannot be fair that some members of a particular patient group get an enhanced service while others don’t because our payment cap has been reached.

It is my view that 2004 GP contract has had a particularly detrimental effect on rural practices like ours (the very same practices which, of course, find it hardest to recruit). But I sense no real enthusiasm from anywhere to even recognise, let alone deal with, the specific inequities that we face in a society with more generalised serious social issues.

Are the politicians dealing with it? Of course they must have the ultimate say but we have left them to deal with it for the last 100 years in the UK and they have failed to do so. The gap between rich and poor is worse than it has ever been. We have food banks in every town and village (we have three on Skye – an island with a population of only 11,000!). We have growing child poverty levels such that in Scotland more than one fifth of all children grow up in poverty. And we have growing in-work poverty as highlighted by the Joseph Rowntree Foundation due to reduced working hours, low wages and zero hours contracts.

I have always seen my role as a GP / family doctor as an advocate for my patients. This means, in my view, taking a political stance on those issues which have a directly negative impact on their health and well-being. Throughout the history of health care in Britain, stretching back to the days of Martin Martin or the Beatons of Herbusta, change and improvement has been achieved through family doctors being overtly political.

And remember that if it wasn’t for the overtly political agitation of Dr Lachlan Grant of Ballachulish in 1912 we might not have had an NHS at all.