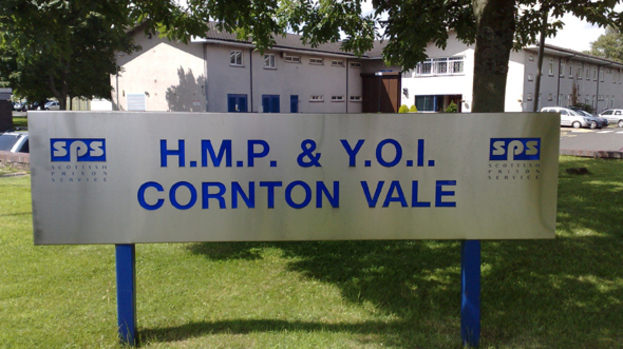 Scottish Justice Minister Michael Mathieson MSP is deliberating on the building of a £80m maximum security women’s prison at Inverclyde, a project which is being questioned by the man who originally approved it, his predecessor Kenny MacAskill MSP.

Construction work at HMP Inverclyde, a 350-capacity replacement for HMP Cornton Vale at Stirling, is due to begin later this year. But critics, led by the Howard League for Penal reform, question whether it fits with the recommendations made by former Lord Advocate Elish Angiolini  in her 2012 report on the treatment of female offenders.

Two Aberdeen-based Yes activists, Kate and David Kelly, support that campaign for a re-think. They offer this “open letter” on the subject to First Minister Nicola Sturgeon:

We voted “Yes” in September because we wanted to live in a more progressive society. We believe that an independent Scotland would be that.

A progressive society, amongst other things, takes care of its most vulnerable members. The 2012 Angiolini report identified 80% of women within Cornton Vale women’s prison as having issues with mental health, substance abuse and partner abuse

Despite the existence of some good models of practice such as the 218 service in Glasgow, the Willow project in Edinburgh and the Community Integration Unit at Aberdeen HMP, the “revolving door” that is our current woman’s prison system offers them little chance of rejoining normal society.

As you have recently rightly identified, we have to create the conditions to support ALL the women of Scotland to make a meaningful contribution to our society.

As far back as 2008, the former First Minister Henry McLeish pronounced that “it is not inevitable that Scotland should have one of the highest incarceration rates in Europe. Scotland can do better.” In 2011 Cabinet Secretary for Justice Kenny MacAskill attempted to address the concerns surrounding the position of women offenders in Scotland: “How women are dealt with in the criminal justice system is one of the most pressing social justice issues of recent times. That is why I established the Commission on Women Offenders last summer, and welcomed its report in April this year.”

In response to the Commission, chaired by Elish Angiolini – one of the most distinguished legal minds of our generation – the Scottish Government responded favourably to its recommendations. In June 2013 Kenny MacAskill addressed a reception in the Scottish Parliament hosted by Rhoda Grant MSP about the progress made in implementing the recommendations of Angiolini Commission.

He advised that work was under-way on a number of the Commission’s key recommendations to improve outcomes for women in prison, adding that “this includes planning for new women-specific prison facilities at HMP Inverclyde and HMP Edinburgh, work to improve the existing facilities at Cornton Vale, work to establish Women’s Justice Centres and the provision of funding to support a new national mentoring service for women offenders, offering one-to-one support to better address the wider issues that can often drive them to offend”.

The subsequent decision by the Scottish Government to build a large, single replacement prison for Cornton Vale with a proposed capacity of 350, HMP Inverclyde, surely contradicts the recommendations put forward by the Angiolini Commission which were accepted in principle by Mr MacAskill in that response.

This is a fully devolved matter, the current controversies over “more powers” do not affect the Scottish Government’s authority to implement fully the recommendations of the Angiolini Commission. Its proposals fit exactly this progressive society we aspire to.

The Prison Reform Trust notes that the Scottish Government has previously been applauded by the United Nations for taking steps to improve criminal justice outcomes for women. If the political will exists to fully implement the radical recommendations of the Angiolini report, Scotland can once again lead the way in reform for women offenders, and set a progressive example for the world to follow. That is the Scotland we voted “YES” for.

Despite losing the referendum vote, we, the people of Scotland, do NOT have to ask permission from Westminster to take this small step to a more compassionate society. We think we should, indeed must if we really believe in justice, rather than punishment.