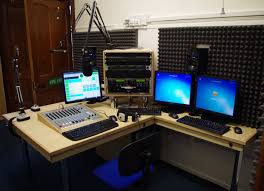 Kezia Dugdale’s been polishing up her interview technique. Newsnet.scot’s own Citizen Cuddis was hiding in the cupboard while it happened.

Perhaps the simplicity of the question took her aback. “Why is the Labour government hell-bent on making austerity cuts when both the SNP and the IFS say they are not necessary in order to reduce the deficit?” Brewster the Rooster asks.

“I will answer your question in a moment, Gordon, but I think we should first pay tribute to McGillicuddy Reeks of this parish—companion, confidant and free-range pet tortoise of Charlie Cheesecake, Labour Councillor for somewhere I forget, who passed away last night. He actually died in my arms, Gordon.”

“No, no, Gordon, I was quite clear about this—the tortoise passed away, not the councillor. I am sure you will agree, Gordon, the death of a single tortoise diminishes us all, especially when it happens on Nicla’s watch. I was tortoise-sitting for the councillor when McGillicuddy slipped away. Buried him with my own two hands, using the same spade with which I helped dig the foundations for Ed’s tombstone of pledge-worthiness. and I—”

From Kezia’s point of view this is already a great interview. Three minutes in and not a question answered, an SNP Bad already on the scoreboard and Brewster wrong-footed because he can hardly tell Kezia to “Shut it!” Sweeney-style while he thought somebody had died. She knows she has the initiative and pushes on.

“To answer your question directly, Gordon, I still had stabilisers on my bike when the Iraq war broke out. And yes, the SNP are very bad and I’m astonished that Nicla hasn’t come clean with the Scottish people about it.”

“Very” is a very important word to Kezia. In the Kez lexicon, many words are far too peely-wally to stand on their own two feet. They require buttressing by at least one “very”. She is often very interested, listens very carefully—very, very carefully on occasion.

Similarly, she is rarely content with being just plain astonished, compensating for this inadequate emotional state by bolting “absolutely” onto the side of its description. And as anyone who knows the rules of Semantic Whist will tell you, “absolutely astonished” trumps “astonished” any day of the week.

Kezia is still in transmit mode. “The SNP get up in the morning to pee through pensioners’ letterboxes. They are a semi-religious band of crocks that don’t matter about the truth. Though don’t quote me on that Gordon, I’ll need to check back with Jim on that one. He’s got the copyright on that sound bite.”

“Whereas, the Labour party spring from under their light blue duvets of a morning to fight poverty, injustice, and the scourge of fixed-odds betting terminals,” Kezia said, although this sounds more like something Batman and Robin should be doing.

Brewster probes for an opening in the conversation and fails to find one. “If I could just stop you there a moment—”.

“No, no, Gordon, I listened to the IMF very carefully. Very carefully and that’s not what they said at all. I know that’s not what you media types want to hear but it’s what McTernan told me to say. You’re obsessed with proctology. That’s what John says.”

“You mean processology, don’t you?” Brewster asks in the brief gap in Kezia’s lecture during which she re-loads her Gatling gun with another beltful of vacuous sound-bites. A minor triumph for the Brewster: he’s in.

Kezia ignores him. She cranks the handle again. “ … every waking moment … conversations about talks … talks about conversations … making space for talks about discussions, about what the Labour Party stands for …”

Something disturbs her train of thought—if that indeed is what it is. There’s another voice! Someone is speaking! How dare they, when she so obviously holds the talking stick. She is absolutely astonished. Had it been grammatically acceptable to be very absolutely astonished, she’d have been that instead. It’s Brewster. Didn’t he go home 10 minutes ago? And what’s this he’s asking..?

“Could it just be hibernating?” Brewster asks.

“Councillor Cheesecake’s tortoise. Might it be hibernating? Instead of being dead?” Brewster smiles.

“Look Gordon, I’m not going to take lectures from you or anybody else on the sleeping habits of Astrochelyis radiata. So lay off or I’ll have you purged.”

She storms off camera. But not far enough off camera to prevent the sound crew capturing, Irn Broon-style, the mobile call she now makes even as she scrambles to recall where she left her spade.

The tale of the Great Orm of Balmedie and the blowhard...