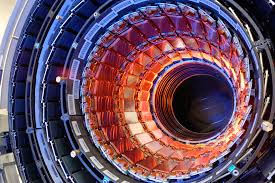 The contribution of Scottish scientists to the discovery of gravitational waves is indeed cause for celebration. But exciting results from a similar experiment conducted by the team responsible for the world-renowned Heedrum Hodrum Collider (HHC) ringing Paisley may well have made the discovery of gravitational waves look like a half-melted Lidl’s copy of a Cornish Mivvi compared to the cherry-topped Knickerbocker Glory of the HHC’s discovery, as Institute Director, professor Klaus Vier told our roving reporter, Achiltibuie Hughie*.

‘The Collider team had been poking their noses into Alfred Einstone’s 1904 haver-wave theory. According to this theory the cumulative weight of a political party’s own propaganda eventually gives rise to haver-waves shortly before the party folds in on itself and collapses to a single point. That point promptly vanishes and the party becomes, quite literally, pointless.’

‘According to Einstone’s equations, the eventual extinction of this political singularity should be accompanied by a faint sound, identical in decibel level to a dormouse fart. It is this sound that our detectors at the HHC picked up. As we now know, it was the sound of the Scottish Labour Party imploding.’

‘We knew haver-waves were out there. But nobody had ever detected one. Not only did we detect them, we worked out exactly where they came from — a thin sliver of the electro-magnetic spectrum a mere seven hundredths of a baw-hair across, located equidistantly between Alpha Centauri Prime and Wishaw.’

‘Einstone predicted that the speed at which these singularities collapse can be precisely determined so long as you don’t use Dugdale Maths. The time in seconds is equal to the number of a party’s meaningless manifesto policies in Farads plus the number of its hollow promises divided by the square root of Kezia Dugdale’s social security number, times the speed of light squared.’

‘We first suspected a manifestation of haver-waves when we detected ginormous clouds of over-heated gas billowing out of Jackie Baillie.’

‘It’s quite an achievement,’ Professor Vier goes on. ‘The team went on a bender to celebrate. Nobody has seen Doctor Funf since. As a prank, the undergrads spooned him, unconscious, into the guard’s van of a Banff-bound mail train with a sign round his neck saying “waken me up when we get to Portsoy”’.

‘There’s a raffle running on his precise whereabouts. Our physicists reckon he’s stuck in a space-time loop with an expired rail ticket. You’ll get odds of 7/4 for that. The realists are confident that he’s holed up in the cleaner’s cupboard of The Curler’s Retreat in Aviemore hugging a firkin of Old Speckled Hen — he’s done that sort of thing before. That’s 7-1 on.’

As the professor twiddles with some dials on the Collider’s control panel Achiltibuie Hughie seeks clarification of a minor point in Vier’s narrative thus far. ‘When you say, Alfred Einstone,’ Hughie asks, ‘do you mean Albert Einstein? Have you had a Dentafix failure in the top-plate department and just can’t pronounce the name properly?’

Professor Vier courteously avoids sneering at Achiltibuie Hughie’s lack of scientific knowledge and points out that Alfred Einstone has absolutely nothing to do with the bloke who dreamt up E=MC2. Alfred had a pitch in the Barras from which he sold second hand tin legs. Before going out of business in 1974 his dream was to become an astronaut. Sadly, a lifelong passion for fortified wine played havoc with his psychometric scores on NASA’s online application form and he was never selected.

The professor continues. ‘Thanks to the work of the team, the existence of haver-waves has finally been confirmed. In future, it we hope it will be possible to diagnose the demise of political parties earlier by scanning the political heavens for weak haver-waves.

The professor’s demeanour turns grim. ‘We are very worried about Jackie Baillie. The enormous volume of gaseous spume, triple-ply guff and super-charged, tin-plated SNP Baaad currently being emitted by the woman defies conventional science. We’d like to propel her at near-light speed round the Heedrum Hodrum Collider and fire a gobstopper at the same speed in the opposite direction so we can watch what happens when the two collide.’

‘And the scientific value of that would be?’ asks Achiltibuie Hughie.

(* We think this is Citizen Cuddis, but we’re humouring him. Ed). 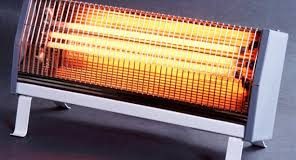 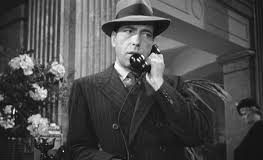