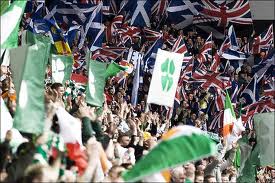 This article is not about the Offensive Behaviour at Football Act.  It will argue neither for the legislation nor against it.  I say that in anticipation of people posting comments either attacking the legislation or defending it.

What this article is about is the hypocrisy of the Scottish Labour Party over the legislation.  This has been  prompted by a recent attack on the Scottish Government by Labour MSP James Kelly:  According to Kelly, the Act was nothing more than a political stunt by the SNP.

In a statement issued on Monday, and reported by several media outlets, Kelly said:

“The SNP Government in Edinburgh don’t [sic] understand that the problem of sectarianism in Scotland goes far beyond 90 minutes on a Saturday.

“The Football Act shows a government more interested in public relations than the public interest.

“The Football Act is eroding trust between football fans and the police and that is solely because of the SNP.

“No other party in Parliament supported it, and Scottish civic society, football fans, academics and lawyers all opposed it at the time it was bulldozed through by an SNP majority that simply wouldn’t listen.”

It’s quite a series of allegations and claims from the Labour MSP for Rutherglen.  Kelly has said he will draft a bill to abolish the Act if he is re-elected to Holyrood in May.

But before I continue let’s just remind ourselves of how we got here.  Why do we have an Offensive Behaviour at Football Act?

On February 20th 2011 there was a particularly a volatile match between Celtic and Rangers that saw 229 people arrested in the Strathclyde area.  Ten days later, the two clubs met again in a Cup tie.  This time Rangers had three players sent off, there were 13 bookings, several touchline and tunnel confrontations including between two managers. Thirty-four people were arrested inside the stadium.

After the second match, the Scottish Football Association announced it was to launch an inquiry. Chief executive Stewart Regan said:

“I acknowledge the pressures of expectation on both clubs, but last night’s behaviour crossed the boundaries of acceptable conduct at a football match.

“The unedifying sight of two of the country’s most recognisable and respected coaches engaged in an angry confrontation was not only unsavoury but exacerbated an already incendiary atmosphere inside the stadium and throughout the West of Scotland.”

Following a request to the Scottish Government by the then Strathclyde Police chief constable Stephen House, a summit was arranged in order to deal with the issue of sectarianism at Scottish football grounds.

“The chief constable has this morning spoken to the first minister regarding the events that have surrounded the Old Firm games this season.

“There can be no doubt that the levels of drunken violence that have blighted our communities and the number of people who have been arrested due to their sectarian behaviour is simply unacceptable. Something has to be done.

“We have today written to the Scottish government urging them to bring all the parties together as soon as possible so that we can discuss these problems frankly and openly.”

Scottish Conservative leader Annabel Goldie raised the issue during First Minister’s Questions at Holyrood.  The mood across the chamber, indeed across the nation, after the second match was that something had to be done. What eventually emerged from the discussions was the Offensive Behaviour at Football Act.  The Act was passed in 2012.

But what of James Kelly’s claim that the legislation was just a political stunt?  Well few people remember, but sectarian chanting was actually first outlawed by James’s own party.

Abusive language based on religious prejudice was first treated as a sectarian crime back in 2003.  It was brought in after First Minister Jack McConnell held his own summit in order to discuss what he termed ‘Scotland’s secret shame’.  In fact there was a BBC Panorama programme based on the issue in 2004 – the full transcript can still be read here.

Four hundred and fifty people were arrested in the first 14 months of McConnell’s law.  Despite the arrests, the legislation, as evidenced by the incidents in 2011, was not effective. As far as I can tell, James Kelly has not called for McConnell’s legislation to be repealed.

But what of the current legislation, the one Kelly wants to scrap?

Below are the words of Johann Lamont, then Labour’s Justice Spokesperson, from May 25th 2011.

“We look forward to scrutinising the detail of these proposals and working closely with the Scottish Government to improve this legislation and ensuring it is in place as quickly as possible.”

So Labour initially not only wanted to improve the legislation. Kelly’s party wanted it in place as quickly as possible. Weeks later, outgoing leader Iain Gray repeated his party’s commitment and said:

“It is certainly the intention on this side of the chamber to support the principles of the bill.  I made it clear that we want to support the Government in legislating against bigotry in football and, indeed, anywhere else.”

In May 2011 there was no suggestion that Labour believed the Bill was, as Kelly now claims, a political stunt or a public relations exercise.  The party wanted it in place quickly and supported it in principle.

But by November there was a suspicion that Labour’s initial words of support were hollow and the party was looking to make capital out of the situation.

In November 2011, when the legislation was going through Holyrood’s Justice Committee at the amendment stage, the two Labour MSPs who sat on the Committee refused to take part in discussions on the new legislation.  James Kelly and Graeme Pearson proposed no amendments, asked no questions of any proposed amendments and abstained from all votes.

So, when given an opportunity to voice his concerns, Kelly said nothing.

By December 2011 Scottish Labour claimed that no new legislation was required.  On December 11th 2011, Scottish Labour issued a statement in which the party put forward its own solution to the sectarianism issue.

“Our package of practical measures recognises that sectarianism does not stop at the stadium gates and demands a much more sophisticated response and none of the proposals require new legislation.”

The Offensive Behaviour at Football and Threatening Communications Bill came into force three days later.  Note the title of the Bill, part of which relates to communications.  This is the internet.

Eight months earlier on the 22nd April 2011, two weeks before the Holyrood elections, an MSP released the following statement regarding sectarianism on internet sites.

“It’s clear from recent days that there are still instances of online campaigns which are sectarian in nature and are unacceptable.

“As well as condemning that behaviour, the authorities should be doing all in their power to try and clamp down on that.  The job for a future parliament is to look at the laws around the internet and examine whether they’re tough enough or not – and if they’re not, look to beef those up.

“It’s not just a case of saying that these online campaigns are unacceptable and we want the authorities to act.  We must ensure that the authorities have got the appropriate tools in legislation at their disposal to clamp down on this.”

That MSP was James Kelly.  Despite the new legislation specifically addressing the issue of sectarianism on internet sites, James Kelly and his party opposed it.

Kelly’s claim that the Offensive Behaviour Act was opposed by Scottish civic society can be questioned given that in October 2011 the Catholic Church publicly supported the new legislation.  In June 2011 when the Bill was first published, it was backed by the police, the SFA, Celtic and Rangers. 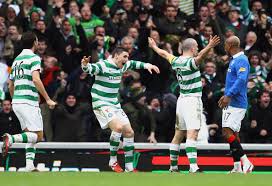 His claim that football fans were against the legislation was called into question in May 2015, when a Panelbase survey found most Scots backed the Scottish Government Bill.  The survey of 1,013 Scots found 60 per cent of those questioned backed the law that was passed in the Scottish Parliament in 2012.

Scottish Labour has a history of holding back on controversial issues, then, once a decision has been made by the Scottish Government attacking that decision.  James Kelly’s pledge to draft a Bill to abolish the Act looks like mere political opportunism.

During his short tenure as Scottish Labour leader, Jim Murphy jumped on the football sectarianism bandwagon and issued the following statement:

“The law was an attempt to chase headlines rather than actually fix a complex problem.

“Sectarianism and intolerance goes far beyond 90 minutes on a Saturday or 140 characters in a tweet.

“Instead of fixing the problem, they have created a pointless culture of mistrust between football fans and the police.”

Kelly’s statement is a virtual carbon copy of the words uttered by Murphy.  Hi former leader also of course called for an end to fan segregation at football matches and an end to the alcohol ban at football grounds.  One wonders if Scottish Labour still backs all three positions.

Few people will recall that James Kelly’s Labour colleague, MSP Michael McMahon actually called for a change to Scots law after an infamous incident at a football match at Tynecastle saw Celtic manager Neil Lennon attacked by a fan.  After the jury returned a ‘Not Proven’ verdict, McMahon issued the following statement:

“The Neil Lennon case highlights the problems with the not proven verdict. Millions saw the incident on television and were astonished by the verdict.

“It is important the public have faith in our justice system and this comes at a sensitive time for Scotland as we come to terms with how we deal with sectarianism.

“The not proven verdict is both unjust and unnecessary.”

A change in the law of this magnitude would of course have required new legislation; something that Scottish Labour would later say was not required in order to deal with sectarianism.

The Offensive Behaviour at Football Act may or may not endure. Its supporters and opponents will no doubt continue to debate the merits or otherwise of the legislation

But what almost certainly will endure is the offensive behaviour and hypocrisy of Scottish Labour on the issue.

G.A.Ponsonby is author of the book ‘London Calling: How the BBC stole the Referendum’

The book can be purchased for £1.99. A free online version is available to read here.

Forthcoming discussion on the Union and independence