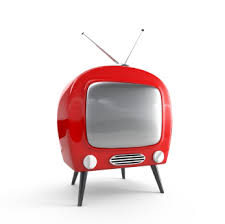 As Jim Murphy prepares to stand down as Scottish Labour leader, Citizen Cuddis reveals what happened when Question Time staff recorded a special one-man edition of the show, unlikely to be broadcast. His report makes chilling reading.

Dimplebonce speaks: “Welcome to Question Time, which tonight comes from the Rotary Club in Tootle. Tootle has returned a Conservative MP to parliament in every election since the invention of the shoe. That’s as it should be of course. The outgoing MP, Sir Douglas Periwinkle-Fyffe, has a majority of 84,000. Isn’t that simply marvellous?”

“Due to austerity measures at the BBC, tonight’s programme has been merged with Gardener’s Question Time. As usual, and for all the good it’ll do you, you can tweet away like a home-sick Corn Bunting using the BBC hashtag SNPBAD.”

“On our one-man panel tonight, Jim Murphy, a man who has done for the revival of the Scottish Labour Party what Tchaikovsky did for cavity wall insulation. Jim has in the last few days won a vote of confidence on his stewardship which resulted in the epically calamitous implosion of his own party.

“Having won support, he has decided to resign anyway, but not for another month, during which time he will be writing the blueprint for the future of Labour in Scotland. Critics — that’s just about everyone in Scotland — say that Scottish Labour has no future, but if it did there’s more chance of finding a mating pair of dodos nesting in your chimney than Jim illuminating the path to it.”

Dimplebonce turns to Jim Murphy. “Is that a fair summation, Jim?’

“We couldn’t be arsed inviting anyone from the Liberal Democrats but let’s just canvas members of our studio audience to see if anyone gives a monkey’s. Quick show of hands. Nothing scientific. Anyone? No? Thought so.”

“Nor do we have anyone from the SNP. We did ask, but then we only let the phone ring a couple of times before hanging up. However, to avoid the risk of hate-bombers from RAF Jockland taking to the skies over London we have invited a token Jock to join our studio audience.”

“He has been chosen by Telegraph readers to epitomise the Scottish character. They wanted Greyfriars Bobby but apparently the man’s dead. Shame that. So we’re stuck with the Gallowgate Mad Squad’s Police Liaison Officer, Gnasher Dogden.”

Gnasher glares at Dimplebonce from the front row.

“Incidentally, the Young Toon Toi’s quartermaster, ‘Spider’ Stevens,” was also invited. But we understand that he has broken the terms of his Job Seeker’s contract —a spelling error in his signature apparently — and is tonight the subject of a Dundee-wide manhunt by Mossad agents under contract to the Department of Works and Pensions.”

“Finally, for those of you listening to the programme on BBC Radio, God bless you. Now let’s have our first and only question of the evening. Which comes from Rodney Dendron.”

Dimplebonce points to a man in the back row wearing a tee-shirt proclaiming Allotments Rock’. He looks like the fourth member of Peter, Paul and Mary. He has a barnet like a puffin’s nest. Something hairy— a goatee perhaps—has colonised his chin. In his lap sits a compost-filled porcelain chanty. The chanty contains a stunted tuft of vegetation barely adequate for a vegan salad.

“Thank you, David,” says Rodney. “Japanese knotweed has infiltrated my duffle coat hood via the nesting boxes in my henhouse. This is hampering my efforts to hockle the herbaceous sedge-whiffle out of the back garden to give my night-flowering Bell End (Campana Terminus, Jas Murphus) a fighting chance.”

“Let’s have your question Rodney,” interjects Dimplebonce, “or I’ll have you struck off the electoral register.”

“Sorry,” says Rodney. “Can the panel say whether industrial-scale spraying of DDT might eradicate the knotweed and if so would the benefits of such a spraying campaign have to be offset against the death of every living thing within a 10 mile radius?”

Recent brain farts have dented Jim’s planet sized ego and he is now wary. He recalls the words of an old Scottish proverb:

Tae be richt, guid and true,

Ye can un-sniff the glue!’

Confusion akin to Bostik-induced befuddlement leads him to conclude that the DDT is a rival party that McTernan hasn’t told him about. Although Rodney’s question makes less sense to him than the lyrics to Dylan’s Love Minus Zero No Limit he feigns empathy with practiced insincerity and tries to figure a way to prise the Chanty vote out of the DDT’s clutches.

An intuition flickers like a 5 watt bulb in the place where Jim’s 10 watt conscience used to be.

Perhaps he can secure the Chanty vote by repeating his favourite bare-faced biggest party lie. However, given recent performances, statisticians from the IFS calculate a 97% chance that whatever Jim says next will be 100% pure mince. This statistical prediction is not thwarted by his reply to Rodney.

“That’s a good question, Rodney. Allow me to hoof it into the long grass where it belongs so I can lever in McTernan’s key message of the day. Which is this: Since the early Mesozoic Era the party with most to hide forms the previous government. You know this Rodney. I know it. That’s been the case since the days of universal suffering.”

Dimplebonce’s brows furrow. In his earpiece, McTernan throws the full wobbler: “Terminate with extreme prejudice!” he instructs. Dimplebonce gives the slater’s nod to camera three. He reaches under the desk, grabs a short-handled trenching spade and makes for the edge of the stage.

Following a 30-foot approach run that starts at a canter and quickly crescendos to a gallop, he delivers an almighty double-handed Joe DiMaggio to the back of Murphy’s cranium.

A single apocalyptic clang, like Big Ben striking one, rings out across the studio as trenching shovel strikes skull. The blow propels the steel ball bearings that are the android Murphy’s eyeballs, into the audience. One shatters the chanty containing Rodney Dendron’s peely-wally plant. Murphy’s entire head flips backwards at the neck like the hinged lid of a pirate’s chest. A Jack-in-the-box of multi-coloured wires explodes out of Murphy’s neck, fizzing and crackling. The audience flee.

Dimplebonce speaks: “Next week we’ll be in—well, it won’t matter where we’ll be really since we choose the broadcast time, the panellists, the questions and more often than not, the answers. Goodnight.”