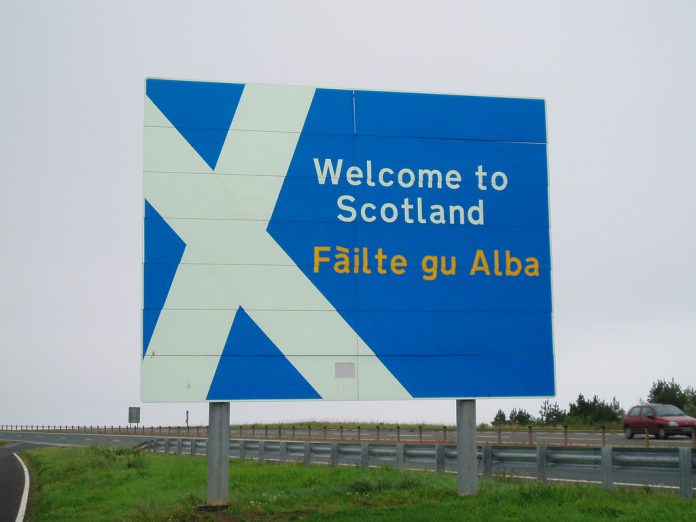 According to the Labour Party a “meaningless stunt” took place this week when the opposition debate on the renewal of Trident was held at Westminster, called by the SNP, Greens and Plaid Cymru.

Unsurprisingly, the move to cancel Trident was defeated by a majority of 329 votes.

Taken together these two events provide clear indicators to the outcome of the general election but not perhaps in the way you might have thought.

If Scotland were to return 30-35 SNP MPs (at least) in the general election we need to disabuse ourselves of the notion that these “doughty fechters” will hold the balance of power even though the arithmetic might suggest otherwise.

Notwithstanding a majority vote for the SNP it will make no difference in an election which will have nothing to do with indyref but merely the exercising of our right to fair representation at the Mother of Parliaments and the holding of our democratically elected tribunes to account.

However all the falsehoods of Project Fear will be deployed to distort that simple distinction. Why do you think  the three horsemen of the apocalypse are currently running the Scottish branch office of the Labour Party?

Yes we need to have a majority SNP vote, as the only defence of Scottish interests. However the removal of Trident  must be recognised as a one-sided bargaining chip and of little interest to either the blue or red Tories in helping them form the next UK government.

Such a SNP “majority” in Scotland will  not lead to us holding the balance of power, there will be “no king making” of the next PM by the tartan hordes, for the simple, cynical reason that the Jocks, defeated in an independence referendum, won’t be allowed to exercise that level of power. And you can forget any notion of democracy at work, we’ve seen it all before.

There will undoubtedly be some form of panicked fudged arrangements that are unlikely to  last four  months. There will be a subsequent  “wobble in the markets” and a collapse of whatever arrangement the unionist parties have concocted.

A second general election will follow, possibly with even greater SNP representation. However there will be no smoke-filled rooms and prolonged haggling, the red and blue Tories will simply form a government of National Unity on the simple premise that national security and the defence of the realm are at stake and the “pressing need”  to proceed with the renewal of Trident.

The SNP won’t be offered a seat at the table. Unionist politicians can’t sit down to negotiate with opponents that espouse a policy that threatens the defence of the realm.

If the SNP refuse to roll over and agree to the continuation of Trident on the Clyde, then a large SNP contingent has no value to red and blue Tories. There simply is nowhere else to relocate their weapons of mass destruction and the forced unilateral disarmament by a minority of the British  electorate will simply not be condoned.

There is no democratic contradiction. “Didn’t a majority in the September referendum vote to remain as North Britons?” Consequently the Nats surge and commitment to the end of Trident in Scotland is a clear threat to national security and a “Government of National Unity” can be the only response. The SNP will be frozen out and the honourable members would be as well returning north for all the opportunity they’d be given to mount an effective opposition.

The end game to the referendum in 2017 then unfolds very quickly.There is increasing public agitation and blockades of Faslane. With an rocket-propelled grenade fired from above the peace camp, agent provocateur(s) hit one of the conning towers not with high explosives but with paint or perhaps the modern agent provocateur’s munitions of choice – a dozen  eggs. This provides the excuse for the imposition of special measures, otherwise known as martial law.

Tensions develop between the MoD and Police Scotland who are subsequently replaced by the Army. The peace camp is dismantled and cleared with some casualties; remember the miners strike? The local population is subjected to in depth scrutiny when they are obliged to apply for their identity cards and their movement is inhibited by regular checkpoints. De facto annexation cry the populace (but not the mainstream media).

If the terms of the Smith Commission have yet to be ratified and as there’s been no Parliamentary time for that, there’d no doubt be a threat to the existence of the Scottish Parliament. If they won’t share the pound, the “Vow” and the Smith Commission are but nothing when it comes to matters of national security.

In their demonstration of defiance – and there’s nothing more that gets a Scotsman’s ire than right wing politics where only might is right – the Scottish Parliament debates and restates its opposition to a nuclear Clyde. The Crown bungles the issue, fails completely in its entreaties on behalf of the North Britons and is obliged to back the status quo in support of the defence of the realm.

The Scottish Parliament elections provide the SNP with a  landslide and a mandate for an independence and preemptive EU referendum in February 2017. The ensuing chaos makes for run on the pound and the political incompetence and threat of an EC referendum cripples market confidence. The UK is on its knees.

The subsequent “indyref” majority ushers in a “Government of Scottish Unity” and an appeal to the international community for assistance in getting rid of the nukes. Border posts are erected by rUK.

Five years into the history of our new Scotland we have our own currency, a referendum on the abolition of the monarchy following the death of Elizabeth 1 and its institutional incompetence. Oh for the civility of the Edinburgh Agreement…