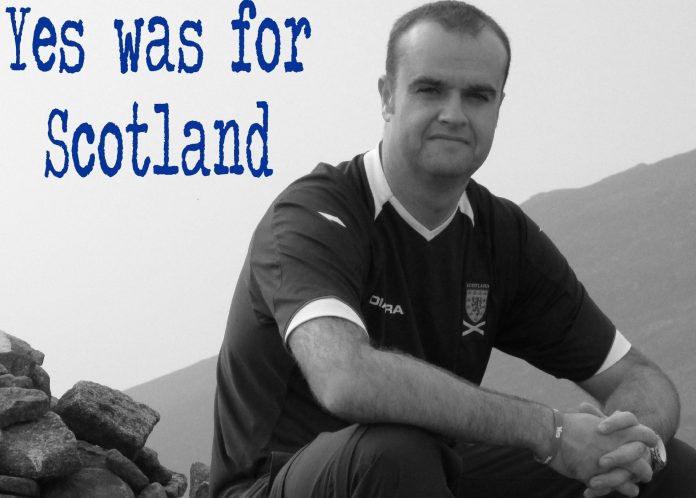 Inverness based Davy wrote the song Yes Was for Scotland in response to last year’s No vote in the Scottish independence referendum.

He says he is determined to have a pro-independence song in the UK charts as the SNP campaign is at full steam – pledging 75 per cent of his net profits to that campaign.

Davy wants half of that money to be spent on the local campaign to oust sitting Liberal Democrat Danny Alexander, who was Chief Secretary to the Treasury in the Coalition government during five years of austerity budgets.

The song was launched at the weekend and is available on iTunes, Amazon, CDBaby, Facebook and Youtube.

“As a lifelong supporter of independence for Scotland my heart sank when the people of Scotland voted to remain part of the United Kingdom,” explained Davey.

“On the morning after the vote on September 18th I put pen to paper and wrote this song.  ”

“Being part of the Yes campaign was one of the proudest moments of my life and the weeks and months leading up to referendum day will live forever in my mind.  However, a feeling of anger and betrayal will also forever remain with me as this was not a fair fight. 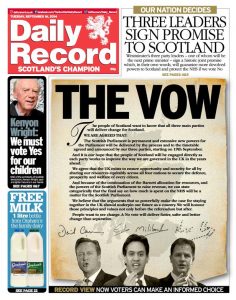 “We fought against every newspaper and media outlet as well as the power of big business and Westminster.

“The final betrayal was The Vow, the promise that after voting No, Scotland would receive Devo-Max, Home Rule, full Fiscal Autonomy, whatever you choose to call it.  Hundreds of thousands of people believed that promise and we have yet to and will never see that promise become reality.

“This is my song for the past and for the future.  Yes was and IS for Scotland.’