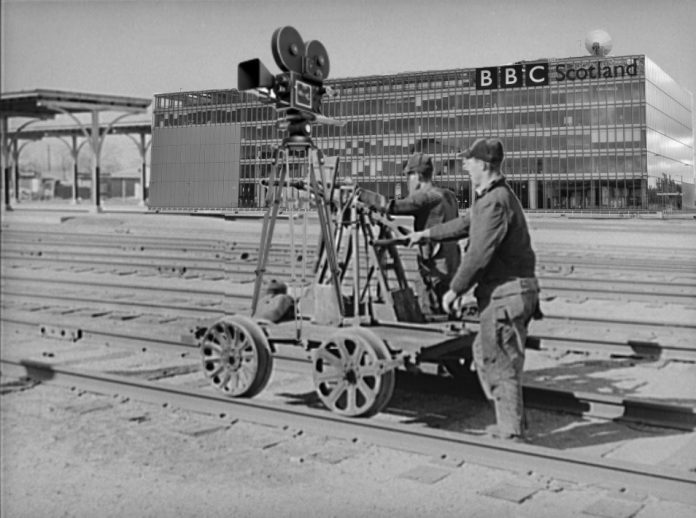 ScotRail’s brutal, jackbooted socialist takeover by the Scottish Government could turn it into ‘Big Mac on wheels’ (Shouldn’t that be CalMac on wheels, Cuddis? Ed.) Scottish Conservatives transport spokesperson Graham Simpleton has told MSPs. He went on to say that ‘No leader had laid waste to a country as extensively as Sturgeon if you discount when the Mongol hordes hammered China in a square go during the 13th century.’

So, what’s all the fuss about? Glenn Cowbell of BBC Scotland, author of’ CalMac, the duck that wouldn’t waddle,’ explains.

‘These trains may well run on time. But what currency will Scots use to buy tickets? That’s what Scottish voters need to know. The Tongan Pa’anga? Whatever the currency, God forbid these new services do run on time because the Chris Eubanksian level of smuggery likely to rip like measles along the SNP front bench, as a result, will be unbearable. Worse, it will detract from the BBC’s main business of the day: aiding and abetting the Conservatives back into power in 2023.

Unresolved currency issues aside, BBC Scotland cannot simply stand by and let the SNP act in the best interests of the Scottish electorate unchallenged. It is time to release The Burd. The photograph below shows a de-mothballed BBC Scotland outside broadcast unit, manned by a crack team of journos from the BBC’s elite Self-fulfilling Prophecy Department.

The hand-pumped railway cart, dating back to when Denis Law hammered in his first pair of studs, is to be pressed back into service for one last mission. The unit was nicknamed ‘The Burd’ after its patron, entrepreneur Jack E. Burd will embark on a hyper-nit-picking campaign to counter pro-Scottish Government propaganda around the recent nationalisation.

The hand-cranked ‘Burd’ can do 35 mph downhill — a direction in which BBC Scotland has been moving since 2014. The Burd will shadow the daily 7:05 Newcraighall to Tweedbank commuter service by running back and forth on parallel tracks.

Each of the elite squad is a veteran of the 2017 Queensferry Campaign when a cadre of para-military journos famously yomped from Pacific Quay to South Queensferry with their Bergens stuffed full of SNP Bad literature. They dug in with their Box Brownies, hoping to capture the bridge falling into the sea.

‘We couldn’t lay a glove on Nicola back then,’ Mr.Cowbell said, ’but this time we’re willing to hang on in there for as long as it takes. We aim to inflate any grievance from a hissy fit to the full Fiji over how Nicola Sturgeon continues to squander public finances.’

‘We’ll spy through the carriage windows. Those that aren’t painted on, of course,’ he sneers like a Victorian landlord come to collect the rent. ‘With the corporation’s confirmation bias stretched tighter than the elasticated waistband of Fatty Arbuckle’s kecks, we’ll root out evidence of SNP Bad whether it’s there or not.’

Have you noticed how rail service has gone downhill since nationalisation? I mean, it’s only been a week, but a week’s a long time in politics! We’d love to hear from you if you have experienced SNP badness when using ScotRail services since Sturgeon got her hands on the throttle. We really would. We’ll pay top dollar (Tongan Pa’anga or whatever) for your stories of slips, trips, and falls, even if these took place in the taxi on your way to the station.

Brexit – At last, the government’s brilliant hand is revealed!