I have to confess, by the time I put pen to paper last time I had you pegged as a shape-shifting heartless bastard with the morals of an opium fiend and a callous disregard for the poor that in my humble opinion, rendered you lower than a rattlesnake’s teats.

However, now that you have “helped me back to work” (I started a workfare placement last week) I see things through fresh eyes (even though I have a sty in one and conjunctivitis in the other; a result of my immune system caving in under the stress of living in constant fear of sanctions).

As a working man, I see benefits to employment to which self-pity had previously blinded me. So, by way of an apology for the sarcastic tone of my earlier letter, I write again. This time to set out the advantages bestowed upon in-work claimants by the DWP.

You can take it as read that there’s no real money in my new “job”; that went out with the eight-track stereo. But let me tell you, Smudger, I set out for work on my first day jam packed full of so much self-esteem I thought I might piss my breeks with excitement before the bus reached my stop.

The self-esteem derived from my job has given rise to an emotion rarer in benefit claimants than a straight answer from Jim Murphy: aspiration. Groucho Marx once claimed he worked himself up from nothing to a state of extreme poverty and I see nothing to prevent me doing the same.

At first I thought this “feelgood factor” couldn’t last, but the effect endured. By the time I got home from my first day in work I still felt as if the world was my lobster and I confidently engaged in lighthearted banter with the bailiffs who had broken into my flat to re-possess the cooker while I was away.

Granted, my workfare placement is a zero hours “gig” as a fellow claimant said to me last week at our regular Community Centre “Shoes For the Bairns” fundraiser disco, but my coach at Job Centre Plus assures me that the transferable skills gained during my stint as a signalman on the Ghost Train at my local funfair will make me a shoo-in for the post of Senior Toolpusher on a wide choice of platforms west of Shetland.

There’s no down side here. Even if a letter of redundancy is stuffed into my safety jacket pocket as I step down from the chopper onto the helideck for the very first time. Even if jobless again as a consequence of your chum Osborne playing ‘in and out the dusty bluebells’ with the Oil & Gas industry over offshore taxation. Because at least then I will be an unemployed oil worker. An unemployed oil worker with absolutely no experience, granted, but how cool would that look on my CV?

I suppose I must sound incongruously upbeat what with having the same household income as a tea towel seller in Burkina Faso. But who needs wages when you can have Universal Credit? Hang me half-naked over a ceiling mounted clothes horse and thrash my arse fifty-shades style with a Betterware mop if this isn’t the greatest improvement in welfare since the Factories Act of 1833.

Universal Credit replaces 48 risibly low benefit payments with a single lamentably inadequate one. Genius. For the first time, claimants can tell from one single figure, to the penny, exactly how impoverished they have become as a result of your government’s lunatic austerity measures. Previously such a calculation would have required an abacus and a day off work if you had any.

Ecstatic though I am over my change for the better in my circumstances, I mustn’t be complacent. My Job Centre coach has warned me that Universal Credit payments may not have the prophylactic effect of preventing irreversible financial damage to me and my family. Only a full time job on a decent wage can do that and there’s more chance of Ruth Davidson joining the Scottish Socialist Party than finding one of these fellas north of Watford.

Is this a challenge? Undoubtedly, but nobody said the recovery would be easy; certainly nobody down the Job Centre anyway.

Still, if I make small economies: Bin the hi-fi, the wi-fi and the broadband router; Cancel my Spotify and Netflix subscriptions; Default on the Council Tax; Run up nerve jangling levels of mortgage arrears I’d be lucky to catch up on before I’m measured for the wooden boiler-suit and planted; Set fire to the Mondeo and tell the insurance there were two dozen pairs of Jimmy Choo sandals and a 60 inch plasma in the boot. If I manage half these economies I reckon I’ll be able to keep my shit together until I get offshore.

Of course, making these savings would be riskier than starting a fist fight in a Shanghai brothel after chasing down a half bottle of Bombay Sapphire with a six-pack of Stella but you’ve got to be in it to win it, right? Life that is. In the current financial climate there’s no mileage in playing safe.

On a more workaday level, we have for some time drastically reduced our food bill after coming across in a remainder bin in Lidl a year ago, a copy of the fifth re-print of your potboiler “The IDS 5:2 Austerity Diet”. Six month spells on 300 calories a day followed by a week on Tattie Paring Soup. These simple changes to our eating habits ensure that we are all fit as the proverbial butcher’s elkhound. I am currently four and a half stone and look like a midget wearing Herman Munster’s suit.

Oh, and I nearly forgot. We are also entitled (more help!) to a hardship loan if more than one of the children develops rickets while claiming Universal Credit. At the moment only Charlie looks as if he’s riding an invisible Shetland pony but if we stop wee Hamish’s milk and keep him out of the sun long enough he’ll get it too. That’ll bring in enough cash to get the home karaoke machine out of the pawn shop in time for Hogmanay. If the wee man asks ‘What’s vitamin D and calcium Da?’ I’ll tell him they’re the opening bands at this year’s ’T’ in the park. Up here for thinking, down there for dancing.

As an unexpected bonus, being on benefits has led us to the Lord. I have joined the Church of the Former Day Scroungers. We get down on our knees on winter evenings and pray that the back boiler doesn’t pack in during the night. This year our prayers were answered. But my mother across town wasn’t so lucky. She succumbed to hypothermia in front of an empty fireplace watching Jools Holland’s Hootenanny. We ended up squandering kilowatts of electricity trying to thaw her out with the wife’s Vidal Sassoon Turbo Plus hair dryer before the Social Workers kicked the door in. It took over an hour just to wrench Maeve Binchy’s latest blockbuster free of her grasp.

She’s fine now and the Social let me of with a caution. Though on reflection, conning her out of her winter fuel allowance to buy lottery tickets, was a wanton and selfish act of gratuitous cruelty on my part. In my defence I will say that it was her idea to play seven card brag in the first place and I don’t see why I should have let her win just because she’s eighty-six and thinks she’s Ethel Merman. Funny how adversity can change a man, though, isn’t it?

That’s all my news for now Dunkers. “See you round the food bank”, as we say on the estate. If the public fail to shake off their mass delusion that your party gives a shit about anybody but them and theirs and vote your mob back in May, let me know if there are any other personal sacrifices I can make to help meet your target of reducing the welfare budget by a further £30 billion in order to re-build a society our bankers can be proud of.

*This was the first open letter… 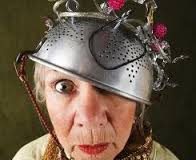 Ask Cuddis: Friendly advice from the agony aunt you know you...