Derek Bateman reflects on 2014, a momentous year for Scotland

We should have been both celebrating independence and sweating over what to do with it if the year had gone according to plan, which, due to a concerted campaign of dread and apprehension, it didn’t.

It’s a funny old world though. The ultimate prize of sovereignty, cherished by every other nation, was denied us by an alliance of powerful forces (monarch included) and the fearful. Yet the Yes movement has reaped the rich harvest of hope and votes that its principled and optimistic approach merited. 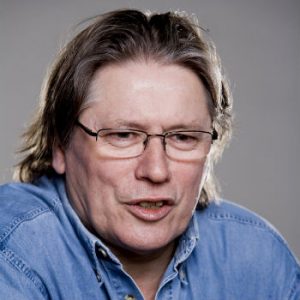 So much so that something extraordinary may be taking shape…the creation of a Scottish Devo Max to fulfil the ambitions of the majority AND the growth of a lobby for wider delegation of powers across the nations and regions of the entire UK.

To be clear, this is not the result of the unsatisfactory, panicked Smith Commission process which was dragged near-dead from the referendum womb, but from the real possibility of SNP bargaining power in SW1.

It is surely dawning on the party elites that the game is up for the old system and that majority rule is now the least likely outcome of British elections with  the rise in England of UKIP and Lib Dem demise, the failure of Labour to provide convincing leadership and direction and the potential refuse collection of Labour votes in Scotland.

If next year’s election confirms these patterns, the sense that retaining as much as possible at the centre will erode as  new ways of dealing with power emerge.

The desperation for cohesion will demand accommodation with forces determined to nibble away at reserved matters which could include, for instance, corporation tax and energy policy, creating a bank of powers which in turn makes the accretion of more appear logical if not inevitable.

DEVO MAX AND THE STUPID PARTY

And who can now argue against the classic Devo Max position of Edinburgh in control of all except macro economics, defence and foreign affairs? Labour’s clutching at the straws of the dismal Smith compromise won’t convince anyone, nor any amount of media propaganda demanding the SNP transform the country from people who argued against the transfer of the very powers that would make that possible.

How appropriate it might be to see Devo Max delivered via the SNP to a happy electorate as the Labour Party sinks even lower when two years ago it was in Labour’s grasp to argue for it  and demand its inclusion in the referendum question. Labour has become the Stupid Party.

Former ‘leader’ Johann Lamont certainly made it look that way too, with her vicious attack on the lack of devolution enjoyed by what they like to call The Party of Devolution delivering the best branding imaginable of the Branch Office.
That Labour’s response was to elect as Lamont’s replacement a Westminster worthy who was partly responsible for this state of affairs only confirms the idea that this is a talentless organisation running out of options. Think back seven years to the 2007 Holyrood defeat and imagine if you’d suggested that one day Jim Murphy would be the solution to Labour’s travails: this really looks like the last desperate throw of the dice.

2014 brought another increase in our renewables output equivalent to 100 per cent of  our own consumption – wind, hydro and even solar are growing. Pity Scotland’s carbon footprint can’t be said to mimic that success. Fracking has emerged as a possible new energy source but even if it was projected to provide cost-effective power, the government would face a backlash from what has become a cohesive anti campaign.

The tumbling of oil prices has brought the predictable wails of complaint – from within the industry (where it is seen as an opportunity to wheedle tax cuts), and from without where it is used as a bogus charge against independence.

As Professor Mike Danson argues on Newsnet, it is the very price volatility that means Unionist governments should have saved for such times with an oil fund – which is SNP policy. In any event independence wasn’t planned until March 2016 at the soonest (a date scorned by many Unionists as ridiculously early) and not a single expert is predicting the price on that day.

Employment rose during the year and the number out of work and claiming benefit fell. Health data shows stabilisation and improvement in wellbeing.
In any other year the Commonwealth Games would have been the big event.

That it passed off so successfully was testament to a new-found competence and confidence – both terms that could sum up the change of leadership in the SNP. How different from Labour…the outstanding politician of the age handed over to a new generation of leader even more popular than him.

Even then, Salmond does not pick up the golf bag but the overnight bag for the trip to London, if the voters of Gordon comply, where his imminent arrival is being greeted with dismay and trepidation by MPs and right-wing commentators – confirming for all Yes types that he is doing exactly the right thing.

And so a new year begins soon with a new look and editing team for Newsnet. We also have a new independent-leaning newspaper (The National) and a growing alternative media.

At Newsnet.scot, we remain resolutely for Yes and independence, but we also accept the referendum outcome. That can be reversed only by a second referendum, which in turn can only occur under public pressure following a material change in Scotland’s circumstances, such as EU withdrawal.

Meanwhile, we see true Devo Max as the minimum requirement. Newsnet intends to delve into all areas of current affairs with a critical eye – and that will  include criticism of the government and the SNP where appropriate.
Meanwhile, Bateman Broadcasting will remain as the place to hear long-form, explanatory discussions with news-makers minus nippy presenter interventions (mostly).

We intend to build our multimedia presence during the weeks and months ahead too.

Staying positive is a new experience for Scots, but you know what? It’s working.

Let’s keep going and see what the May election brings. We will light the road for you at Newsnet.

Meantime, we wish all of our readers, listeners and collaborators all the best for a happy and successful New  Year.

Glasnost in Glasgow? Expat who covered indyref for Russian media